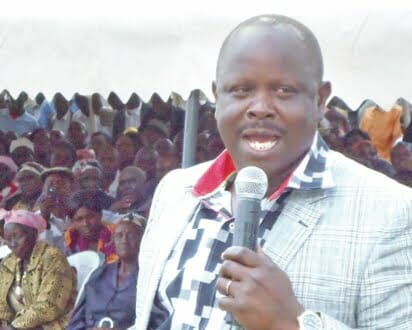 The political war between Council of Governors Chair Isaac Ruto and DP William Ruto has generated a lot of tension in the Rift Valley Region. Isaac Rutto Accuses the DP of being a Dictator and always concentrating on Dividing the country instead of promoting unity for the sake of development.

William Ruto has responded by accusing the Powerful Governor of being a busybody and loudmouth who is on an attention seeking spree. This is becoming a thorny issue that has threatened to break the Jubilee Government. Isaac Ruto also believes it is the DP who pushed for his name to be included in the list of shame.

There are Rumors that TNA has been secretly sponsoring Isaac Ruto to destabilize the URP Party. Just the other day, the Bomet governor threatened that he may be forced to end his loyalty and allegiance to the URP Party.

A few days ago, some URP Mps went public and declared that Governor Ruto is enjoying TNA Support in a popular move to whittle down and Clip William Ruto’s political influence in the Wider Rift Valley. Region.  Sources have affirmed that this angered the DP to an extent that he constituted a team to investigate and deal with rebellion.