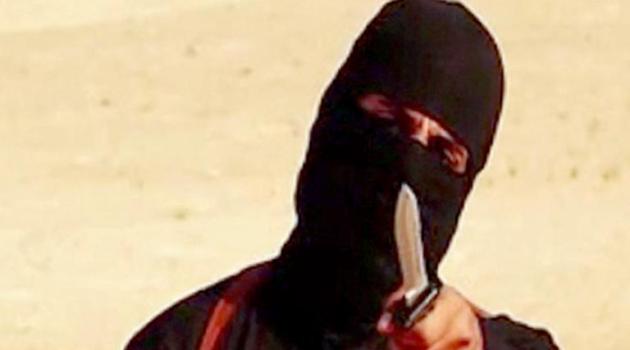 “Jihadi John”, nicknamed after Beatle John Lennon due to his British accent, is believed to be responsible for the murders of US journalists James Foley and Steven Sotloff, British aid workers David Haines and Alan Henning and American aid worker Abdul Rahman Kassig.

He also appeared in a video with Japanese hostages Haruna Yukawa and Kenji Goto shortly before they were killed.

Families of the murdered hostages said they looked forward to seeing Emwazi brought to justice.

In the videos posted online, he appears dressed all in black with only his eyes exposed, brandishing a knife while launching tirades against the West.

However London’s Metropolitan Police dismissed the reports as “speculation” and said it was “not going to confirm his identity” to protect human lives while the US National Security Council said it would neither confirm nor deny the reports.

The International Centre for the Study of Radicalisation at King’s College in London said it believed the identity “to be accurate and correct”.

“We’re pretty confident that the right individual has been named,” Shiraz Maher, a senior research fellow at the centre, told AFP.

He believed the leak had come from the United States and pointed out that “there are no further Americans being held hostage by Islamic State”.

“I think the US chose to put this out,” he said.

The family of Sotloff, an American Israeli journalist murdered by the Islamic State group, said they hoped establishing the identity of the killer would bring him closer to facing justice.

“The Sotloff family was informed of John’s identity. This is one step on a long road to bringing him to justice,” said Barak Barfi, the Sotloff family’s spokesman, in a statement.

“If indeed Mohammed Emwazi is the man who executed Steve, the Sotloffs have full faith that the American intelligence community and law enforcement agencies will apprehend him.

“They look forward to the day that John will be prosecuted and convicted for the crime of executing Steve.”

The daughter of aid worker Haines told ITV News that her family would “feel closure and relief once there’s a bullet between his eyes”.

Cage, a civil rights group that was in contact with Emwazi for several years over his alleged harassment by British security services, said that while not 100 percent certain, it believed it was him.

Cage’s research director Asim Qureishi described Emwazi as a “beautiful young man” who had been alienated by his treatment at the hands of the British security services.

Cage published correspondence with Emwazi in which he alleged that a British MI5 secret service agent named “Nick” tried to recruit him while interrogating him at Amsterdam’s Schiphol Airport in 2009.

Emwazi said he was returning with two friends after they were expelled from Tanzania, accused of trying to join Islamist militants in Somalia but on a trip that he said was a safari holiday after finishing university.

After being refused entry to Kuwait three times, Emwazi left his London home in 2013 and four months later police told his family he had entered Syria, according to Cage.

The emails appear to point to growing radicalisation — he finished one in 2010 saying: “May Allah get rid of the oppressors i.e. security agents”.

Emwazi, said by Cage to be 26, was identified to the Washington Post by friends and others familiar with the case, with one acquaintance telling the paper: “I have no doubt that Mohammed is Jihadi John”.

Emwazi is from a middle class family and earned a degree in computer programming. He is described as being quiet and polite with stylish dress sense. In one email to Cage, he complained about police going through his designer clothes.

Dozens of reporters gathered outside a modern property believed to belong to his family in the northwest London neighbourhood of Queen’s Park.

Qureishi, Cage’s research director, said the family did not believe the allegations against their son and were in a state of “absolute shock”.

The University of Westminster said in a statement that it had a record of a Mohammed Emwazi leaving college six years ago and was setting up a pastoral team to provide advice and support to students.

Maher, the research fellow from King’s College, London predicted that Emwazi’s apparent unmasking would deal a “psychological blow” to the IS group.

“They’ll feel somewhat deflated that someone they wanted to preserve and protect as an asset has been outed in this way but it won’t change anything day to day.”