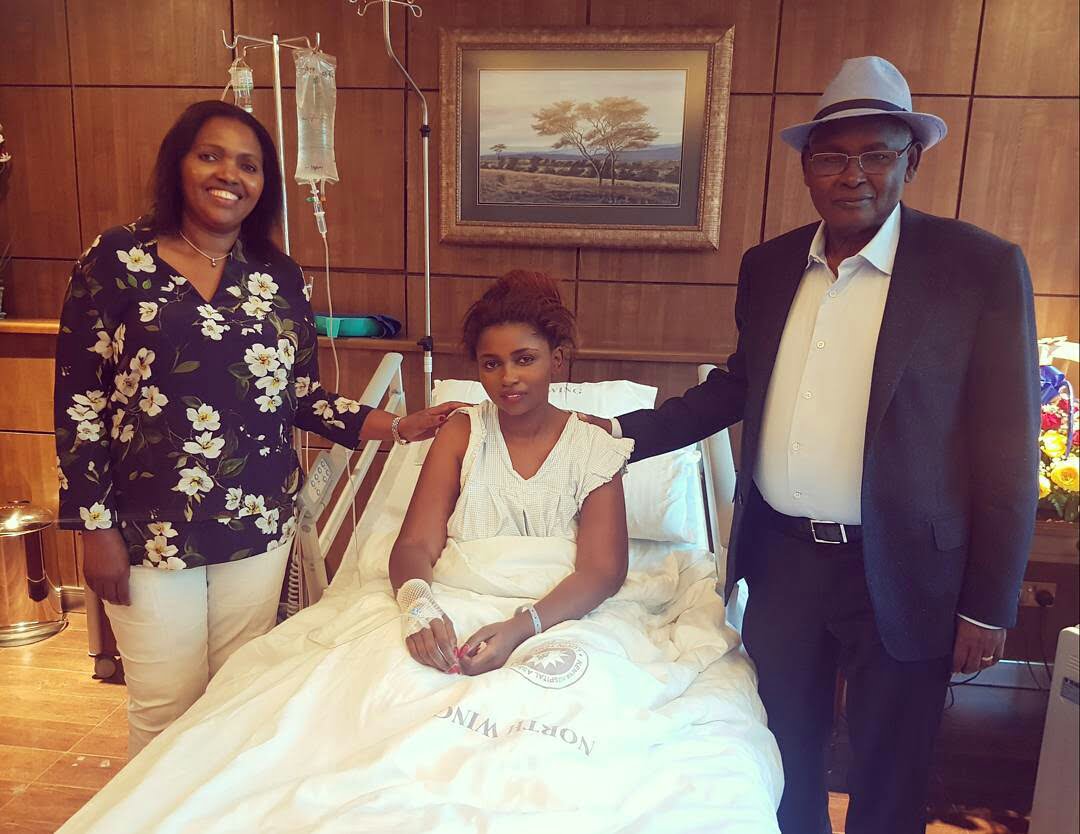 Recently, Instagram-celebrity and latter-day “industrialist” Anerlisa Muigai had an incident where according to her statement, she suffered an attack, collapse and found herself in Nairobi Hospital. She revealed that she had gallstones, which caused her to get pancreatitis.

Now I’m not a certified Doctor, but Google is my friend. And after a small search, turns out that alcoholism is one of the key causes of pancreatitis. According to the website WebMD, Chronic pancreatitis. … It most often happens after an episode of acute pancreatitis. Heavy alcohol drinking is another big cause. Damage to the pancreas from heavy alcohol use may not cause symptoms for many years, but then the person may suddenly develop severe pancreatitis symptoms.

That should not come as a surprise to anyone because she actually comes from a family which manufactures alcohol. While most drug-dealers in America always advise their peers to not get high on their own supply, it seems that Anerlisa may have discarded the advice from such bright minds.

I’m also aware that families across the country are battling with alcoholism issues, from the first-family to the mwananchi in mashinani. This is nothing to be shy or embarrassed about. At some point, we read somewhere that Uhuru’s son had flown to South Africa for rehab, meaning that alcoholism has affected all.

Beyond that, I guess it is time for the Keroche family to invest in more conscious initiatives using their marketing and CSR budgets. From the CSR component, Keroche can fund various alcohol rehab facilities including Mathari Mental Hospital and others which provide free healthcare for alcoholics. Tabitha Karanja must stop being drawn into being a feminist mentor and start reasoning like a real industrialist.

From the marketing component, Keroche can participate in sponsorship of initiatives which encourage physical activity. Maybe they can launch an outreach program which promotes health and physical activity for young children in schools and colleges. Again, we are only helping Tabitha Karanja to adopt ethical business practice and stop veering into feminism, as if it’s women who consume their products.

Surrounding yourself with shameless self-promoters like Gina Din Kariuki will only turn your brand into a feminist affair. Feminists who currently control key marketing and advertising positions in all corporate companies in Nairobi, have overseen the current state of affairs where companies are no longer conscious and ethical about how they give back to society. 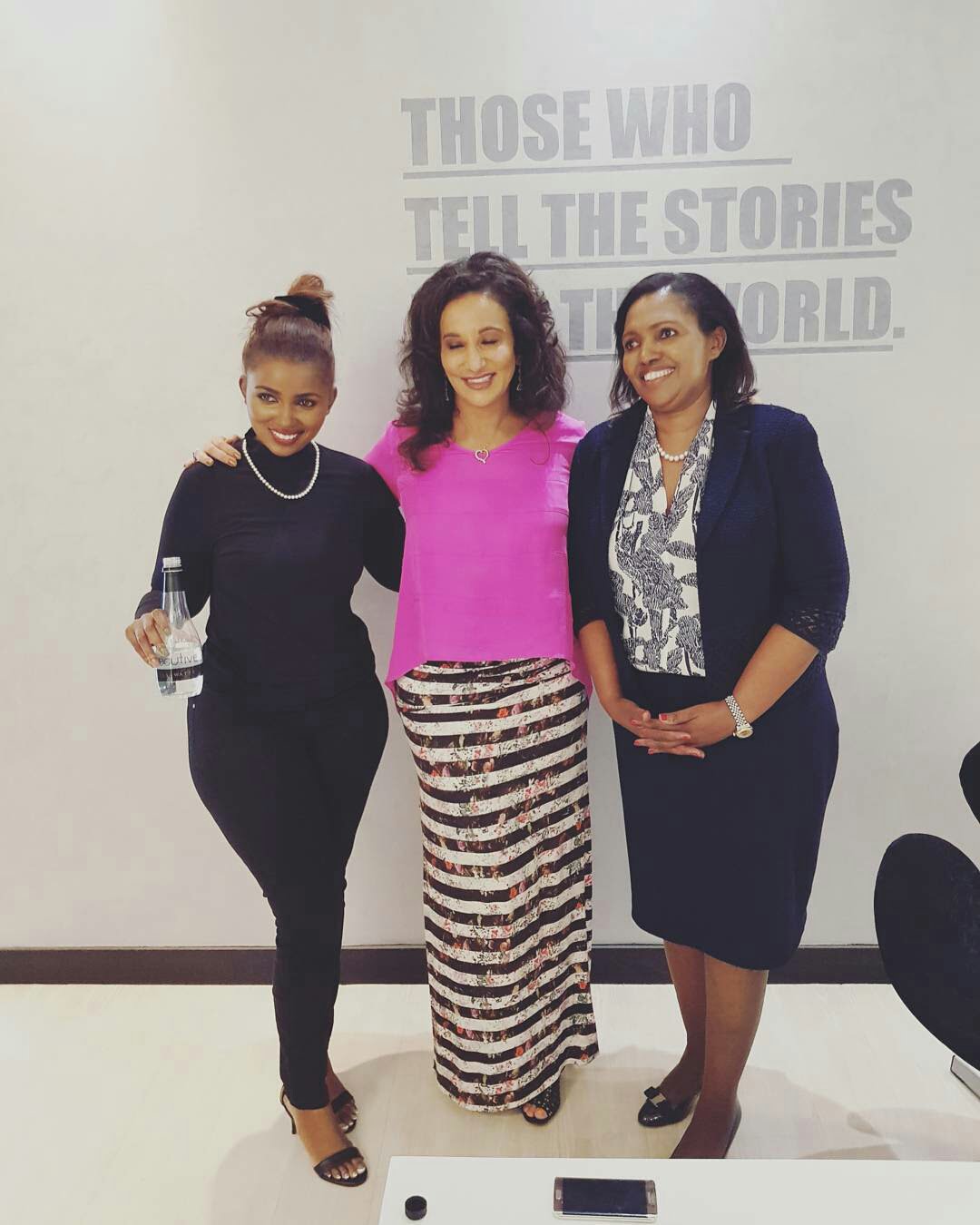 CAPTION: Feminist-mercenaries like Ginadin Kariuki will only balkanize your product and it’s initiatives to only appeal to women.

Because women are inherently short-sighted and easily duped with glamour and glitz, they tend to approach marketing with the stupidity of Patriciah Ithau. When she worked as Marketing Director at Unilever, the best that her pea-sized brain could come up with a national event to discover the National Dress campaign, whose eventual winning design, is not even worn today.

Ithau who intimidates the old men that occupy board offices across Nairobi with her fake British accent but little brains, was to migrate from Unilever to EABL in the same position, whereby she influenced the company to spend over 3 Billion in the retarded Tusker Project Fame. All that money was spent on rejects like Ngangalito, K-Denk, Hemedi and Ameleena, who have all gone on to become epic flops when they pursued music careers individually.

All we are advising Tabitha Karanja is to avoid this obsession of pretending to be an involuntary feminist-activist. Men are your biggest core-market, and the sooner you understand that, the better. We as men are launching a movement whereby we will unleash a massive backlash against toxic feminists. The women who have spearheaded the suppression of the boy-child.

We have already identified the source of the toxic messaging, meant to intimidate opinion shapers and policymakers into adopting strategies that will consciously diminish opportunities for the boy-child. Our first phase pilot-project has already shown promising results as we seek to hit the reset button. 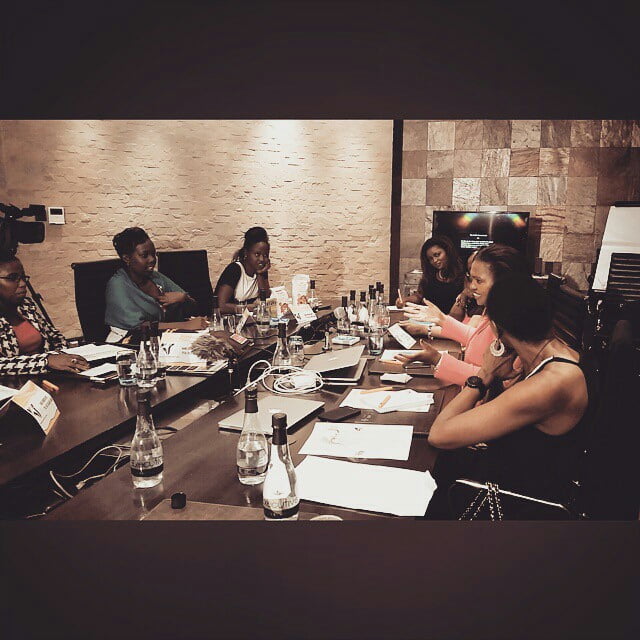 CAPTION: Keroche Breweries CEO Tabitha Karanja is pictured here mentoring other women. Where are the men? She has to resist the temptation of being a feminist because her brand is driven by men.