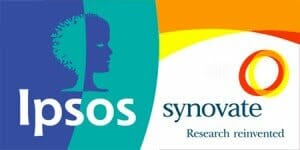 I hope It will not be said that I have disrespected the president for saying what many people want to say but have refused to say. Always acting like a cool and humble president, President Uhuru is doing all he can to get his ego massaged .

Africa…Kenya leading by example, has lacked Sober leadership for a long time but Kenyans are just there saying ” that is how it has always been ” . Just who the hell are these guys calling themselves IPSOS Synovate ? Well, I dont know but I think they are just some cheap PR Company out there making a living through massaging the ego of leaders by brainwashing Idiots who cant see reality clearly.

When I saw a Tweet from a reputable media house claiming that Uhuru has a confidence rating of 67% and 63 % for his deputy, I was shocked. The fact that this was made public the day the president was signing the controversial security Bill into law raised eyebrows .

In legitimate polling, three major factors include the sample, the questions, and the methodology (manner in which the poll is administered) are Key. To provide valid results, the sample must be truly representative of the target audience which I think IPSOS doesn’t do considering the fact that their past predictions have been fake, misleading and suspect.

A close friend, who I managed to speak to after suspecting IPSOS fake Polls told me a very shocking thing. I know you are curious to know what he told me. . . My friend who is a researcher told me about the way Polls are manipulated by these guys. Their questionnaires are usually composed in a manner likely to prejudice the response. Their questions are never pre-tested ending up being misleading, poorly understood and prejudicial. This is something they have been doing and will continue doing.

IPSOS Has now become a cheap PR Project, aimed at massaging poor leaders egos and making a living. Some of these polling companies are not only notorious in our country Kenya but worldwide . Here is a brief shocking experience

The 1936 presidential poll conducted by The Literary Digest — a then-well-regarded magazine — predicted a landslide victory for Republican Alf Landon, when in fact the election went to Franklin D. Roosevelt. On re-examination, it was discovered that the poll was conducted by telephone, and in 1936, most telephones were located in upscale households that tended to favor Republicans.

As I said earlier, IPSOS seems to be some fake company trying to mislead Kenyans. Kenyans need to know more about this and I will be investigating this company from today. All the investigative pieces will be in my Blog since the Kenyan media was bought a long time ago by the Jubilee government. Bullshit !!!!