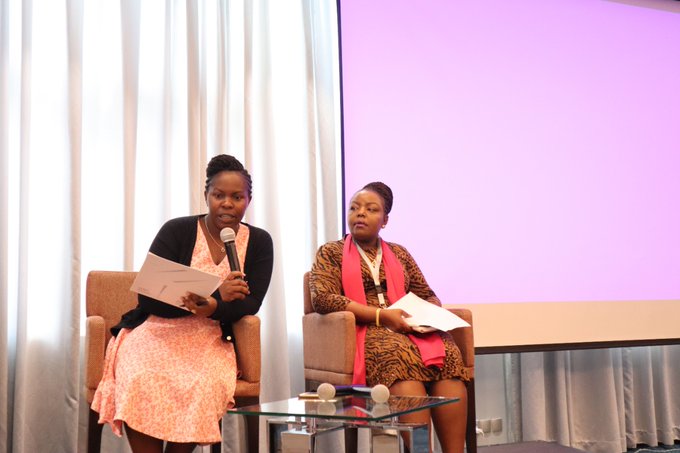 A section of staff at the Ministry of Heath (MoH), HIV/AIDS division – NASCOP have asked CS Health Mutahi Kagwe to investigate and intervene into the incompetence and intimidation allegations by their head of department.

In a letter dated May 31, the employees claim that there is a crisis at the ministry alleging that their leader Dr. Catherine Ngugi, National AIDS Control Programme (NASCOP) head is incompetent, dictatorial, abusive among other vices.

They want health CS Kagwe to address the issue to bring sanity in the division for it to regain its National image.
“We are senior officers at the Ministry of Health who have invested our time, experience and skills acquired over time to merit our current designations. We are writing to bring to your esteemed attention a matter that is of grave concern to us and which requires urgent attention before the matter worsens and gets out of hand,” the letter said in part.

They added that by virtue of their work at NASCOP they have experienced some issues bordering on incompetency and lack of professionalism in the manner the Head of Division of National AIDS Control Program Dr. Ngugi has handled this particular important docket in the Ministry.

They want the complaints investigated and possibly find a lasting solution if not the transfer of Ngugi.

“We feel that Dr. Ngugi having not had adequate experience in management at the different managerial levels (Facility, Sub-county, county and as a program officer at National level) which has exposed her incompetency and therefore unsuitable to continue heading this very important docket in the ministry; this if her professional conduct is anything to go by,” letter states in part.

They also accused her of underperforming too.

“We have issues around her performance metrics and the manner in which she has reset the Division’s goals to make them harder to achieve without providing the required leadership, environment and requisite resources for the attainment of performance expectations.  Due to her incompetency, the main source of funding for the division has minimally performed with very low absorption rates,” the letter further reads.

The staff also complain that memos are cancelled for very trivial reasons which are lists of participants instead of concepts and expected deliverables. There are also concerns about favouritism or unfairness in assignment allocation.

They also alleged that Dr Ngugi has an unfair influence in the manner assignments are allocated, stating that she deliberately promotes conspicuous favouritism in total disregard to meritocracy.

They claim that Dr. Ngugi works ‘loyals’ to attain her immoral activities.

“She prefers working with loyal, unquestioning and mainly junior, nontechnical contracted staffs over experienced and focused Officers.  Consequently, this has brought about resentment and demoralization of staff working in NASCOP complaints about managerial bullying.”

They added that  she thrives on ‘dictatorial.’

“She thrives on dictatorship and intimidation and every time a staff complains, they are reported to Dr. Onyancha who in turn threatens and equally intimidates instead of listening, investigating and solving”, the letter adds.

It is a matter of public notoriety that Dr Ngugi lacks the communications skills befitting Leadership.

Subsequently, they said on several occasions, she has either deliberately or inadvertently made pronouncements in a manner and time that displays her lack of communication skills and ineptness in learning how proper communication is an effective management skill,” reads the letter.

“She shouts on the corridors and meetings while addressing staff and partners which is very unprofessional”, they claim.

The CS has been urged to look into the success of the Division as it depends on good working relationship and dedicated staff.

“If these stakeholders are not happy, then the goals we are all supposed to work towards achieving cannot be achieved”, they added.

They have requested his office to critically look at the issues raised and together with what other colleagues have raised either formally or informally, and find a satisfactory solution that will work for everybody and restore the lost dignity of the Division of National AIDS Control and STI Program.

Since the Health CS Mutahi Kagwe has been ‘doing away with cartels at the Afya House’, the concerned staff believe that he will address the issue on time.

Speaking on the matter, the acting Director-General for Health, Dr. Patrick Amoth said that he was “out of the office and cannot comment on the matter.”

In this article:Catherine Ngugi, NASCOP