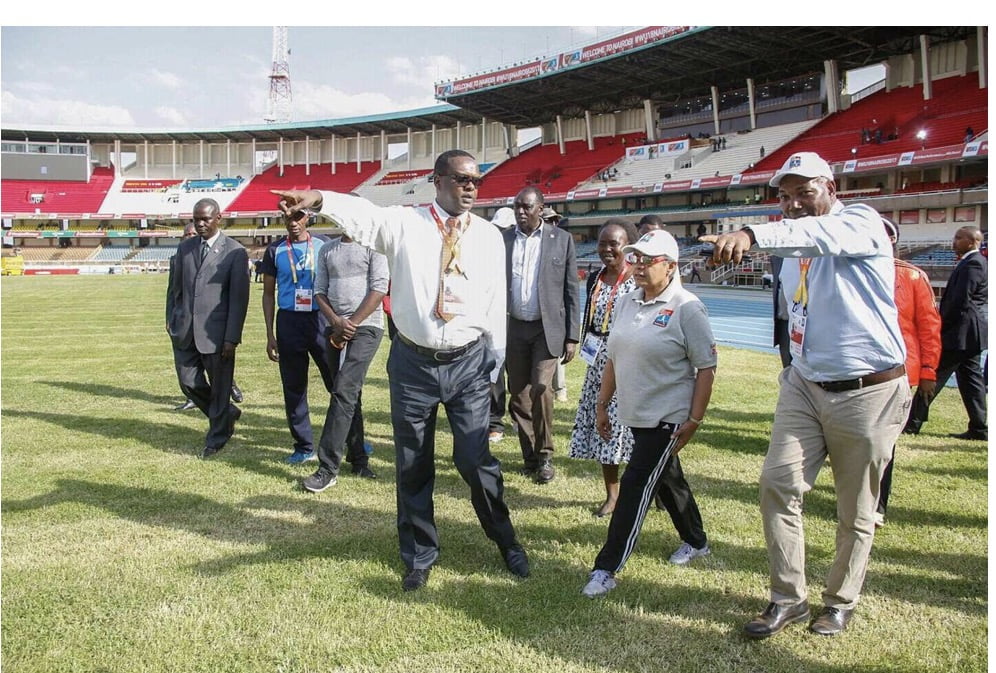 CAPTION: Embezzlers of youth money Hassan Wario and Mwangi Muthee. The two crooks used the First Lady to act as the official mascot of corruption.

An anonymous service-provider during the just concluded IAAF World Under 18 Championships held at Kasarani Stadium, has unearthed scandals of epic proportion which have been hidden by corrupt and partisan media.

And none other than First Lady Margaret Kenyatta volunteered her image to act as the official mascot of corruption, where together with Mwangi Muthee, the thief who plundered Kenya Rugby Union to its death-bed, it is estimated that billions of shillings were embezzled in the name of the tournament.

Despite using the monies to invest in the future of Kenyan youth hoping to get employed through sports, the Kenyan First Lady presided over a grand heist, where money was diverted to personal accounts of corrupt individuals beginning with Fred Muteti who is the Chairman of Sports Kenya, Mwangi Muthee who was the head of the organising committee, Hassan Wario who is the Minister of Sports and Gordon Oluoch who is the CEO of Sports Kenya.

According to Twitter handle @Kenyafootball, the monies embezzled during the IAAF Championships is equivalent to what Morocco is spending on 109 football pitches in villages and remote areas, as a way of discovering talent and engaging youth.

Read this shocking letter on how individuals have not been paid, yet Mwangi Muthee has been spotted wining and dining at Ocean Basket, whilst ordering fine whisky. 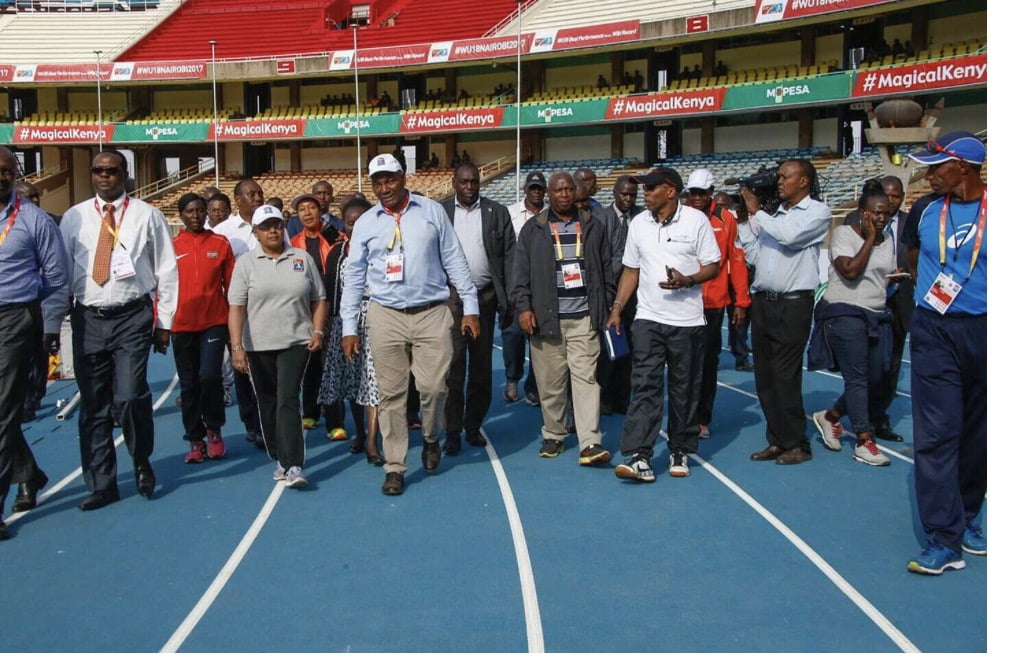 CAPTION: While pretending to look very serious, Mwangi Muthee and Hassan Wario were only planning to steal using the fast-tracked “renovations” as the catalyst.

Hello Cyprian. I was part of the recently concluded IAAF World U18 Championship Medical Team. The Local Organizing Committee led by Mwangi Muthee drafted us to work during the event. We worked day and night on shift and on call for a total of 10 days between the 9th and the 18th of July 2017.

We were meant to receive our payment before the end of the event, which did not happen. The Volunteers at the event, however, downed their tools and tweeted the First Lady, who made sure they were paid in hours. It is important to mention that the money was pulled out of a suitcase that was dragged from under an office desk. They received a down payment of 10,000 which was to be followed by another 40,000 the following day. But it just shocks me that 350 people all received 10,000 that was lying in the office at Kasarani.

Anyway, all the same, we have not been paid, we know that the budget per doctor was $400 per day, for 10 days.
They have gone quiet on us, they are ignoring calls, no one will see us at the office and they stole all that money.
($4000 for a medical team of 150)

Please shame them! Please expose them!