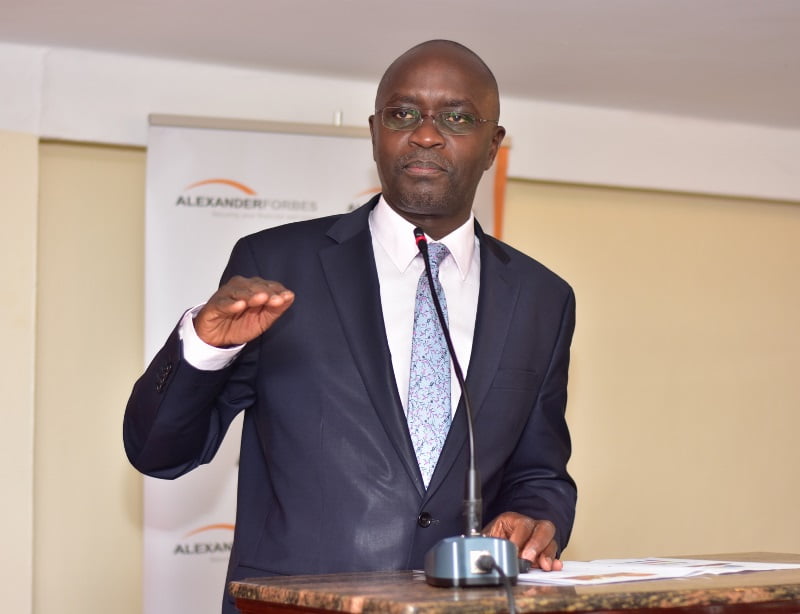 James Olubayi, Owner of Zamara Risk and Insurance Brokers and many others

Zamara Risk and Insurance Brokers is owned by one James Olubayi, a man who has severally been described as a shadowy billionaire with questionable business dealings.

Mr Olubayi also doubles as the man calling the shots at Nigerian lender UBA Bank. He sits on the board as Chairman.

In the deep murky world of wheeler-dealing, in the insurance industry, Olubayi sits at the top.

A predator who fronts his firm, Zamara with hyena-like industriousness and ruthlessness that cares neither about law nor civility.

In April 2019, the Kenya Pipeline Company (KPC) invited firms to bid for the provision of insurance brokerage services for 3 years.

Olubayi arm-twisted KPC management, which has widely been exposed as corrupt, to shortlist some few firms including his, Zamara, for the Sh200 million tender.

The billionaire thief Olubayi colluded with KPC managers to raise the threshold for turnover for bidding firms to Sh500 million in order to lock others out.

It is a scandal in the offing. It is a given that Zamara or another form that Olubayi controls gets awarded.

Olubayi owns many firms, most of which evade taxes.

His friends know him as a wheeler-dealer in the insurance industry and were at one time regarded as the head of the Kenyan insurance cartel that has been swindling billions of taxpayers money.

Olubayi controls Pioneer Insurance through his brother who works there.

Olubayi’s shadow control has also infiltrated NHIF where the national health insurer plays to his tune.

Zamara is said to have been in a tight financial position, a debt to the tune of Sh125 million when the KPC deal mentioned above was hatched.