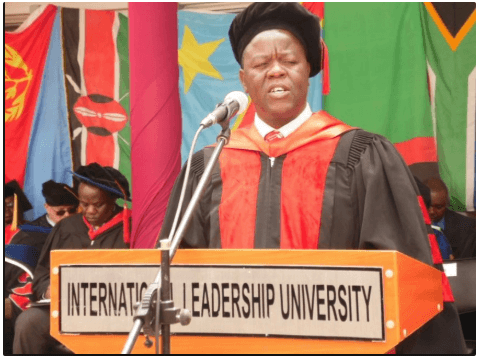 Following the above story that was published by Cyprian Nyakundi, it indeed is true that major problems are brewing at the International Leadership University.

The issues contained in the email to Mr. Nyakundi seem to hold a lot of truth given that the VC – Dr. Benjamin Mwange Musyoka has since instructed the chairman of the Alumni Association of the University – Bishop John Kaberere to cease from engaging with Mrs. Rahab Mukiama who is an alumnus of the same institution and also a very instrumental member of the Governing Council that was disbanded by the VC (Copy Attached).

Reasons for this, I believe is that Rahab has in the past possed pertinent questions regarding the management style and nepotism practiced by the VC and his team that includes one Prof. Eric Aseka who at one time headed the same institution and retired only to connive his way back under the guise of offering free services.

It has subsequently emerged that the same “Dr” Samuel Muindi who has been the DVC Academic Affairs apparently does not hold a doctorate and this is an issue that has baffled the CUE who were due to renew the Letter of Interim Authority for the University.

This also brings to question of the integrity of the Vice Chancellor Dr. Benjamin Musyoka who has appointed him to the seat even without confirmation of his credentials just like he has appointed Catherine Ngambi – and undergraduate student at the same university to head the Administrative and Finance operations at the same institution on the premise of her “qualifications” from Newport University where one can attain and Undergraduate degree and a Masters degree by just undertaking 9 units each!

In this dawn of accountability, it is imperative that the Sponsor – Campus Crusade for Christ takes urgent action together with the CUE in order to save this institution that has in the past trained and churned out credible leaders for the country and the world at large. 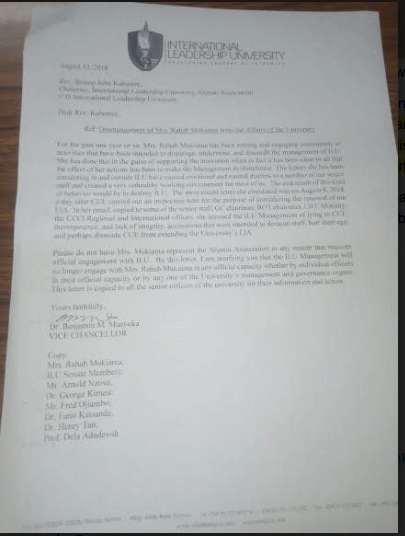