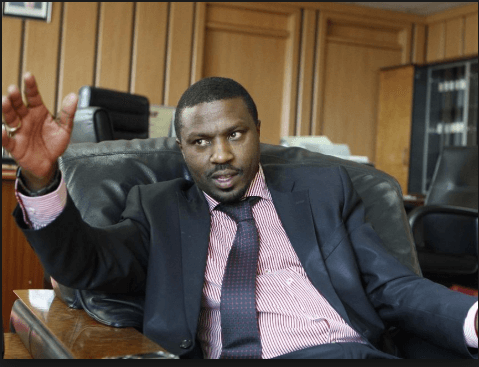 The National Hospital Insurance Fund CEO Geoffrey Mwangi received a Ksh. 40 Million as Kickback, in a fraudulent deal that we highlighted today. According to sources privy to the deal, the CEO demanded a 10% cut in order to oil the process.

The Ethics and Anti-Corruption Commission, headed by an old monk, promised to investigate the saga but went mute after money changed hands.

Geoffrey Mwangi, the NHIF CEO, who is also a smooth operator has managed to silence the press with kickbacks hence no journalist can write and question why the Ksh. 400 Million saga investigations are not yet complete.

What is ironical are reports that the NHIF CEO Geoffrey Mwangi begged the Statehouse to intervene and save him from the saga.

Despite President Uhuru Kenyatta, the state house joker listing Universal Healthcare as a key enabler of his ‘Big Four’ legacy plan, eyebrows have been raised as to why statehouse would interfere with investigations and stop the prosecution of Jeff Mwangi who is directly linked to the high-density scandal.

” This anti-corruption purge was activated to deal with DP Ruto’s thieves, why are the NHIF or NSSF thieves free men?” a Kenyan mad about Mwangi’s corruption told the editor of this site.