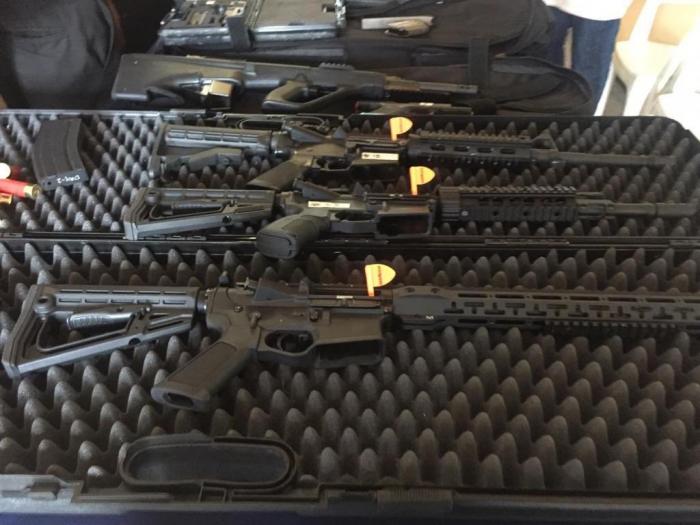 Some of the guns surrendered to police during the vetting

Today, the Inspector General of Police (IGP) Hillary Mutyambai has declared 4,293 firearm holders who failed to show up for vetting as “armed and dangerous”.

The IGP Hillary has further forwarded the names of the 4293 people to the regional police commanders to effect arrests and confiscate guns held by the said people.

Since then, the Civilian Firearms Licensing Board to commence has vetted 9,398 registered gun owners and cleared 6,958. It also confiscated 1,493 firearms and 21,732 assorted ammunition.

For the 4293 gun owners, the seven-day ultimatum they were granted to surrender their guns to the government lapsed on yesterday, Thursday, July 4, 2019.

However, so far, 50 firearms have been surrendered to Police Stations countrywide and 64 to the Firearms Licensing Bureau.

Families of anyone who is deceased and was a gun holder have been advised to immediately surrender the firearms to the Fire Arms Licensing Bureau or the nearest police station within 24 hours. This is the only exceptional case.

READ: State Confiscates Over 300 Guns In The On-going Vetting Of Firearm Owners [As Of February 2019]