The son of the late tycoon and politician Lawrence Nginyo Kariuki wants the High Court to allow him run his father’s Sh4 billion estate as he accuses his mother and siblings of transferring cash from corporate to personal accounts.

James Kariuki told the court that the estate risks being mismanaged and wasted away with the wars already affecting the running and decision-making in the disputed estate.

Tycoon Kariuki passed on February 24, leaving behind a contested Will between his widow, Margaret Nginyo, her six children and three from two other women.

The battle erupted in Margaret’s household was initially united to keep away the three children born out of wedlock that include Austine Wachira,  Brenda Nyambura Kiragu and Alex Ndoria Karuri.

He told the court that the amount was transferred in two transactions to a current account without his knowledge.

Court documents show that Sh61 million was withdrawn from the Pema Holdings account and transferred to the joint account behind his back.

“It is my belief the 4th defendant (his mother) has been guided in her actions by the 5th, 6th and 7th defendants (his siblings).

The late tycoon had a total of Sh335 million in fixed deposit accounts with Consolidated Bank of Kenya and other savings accounts at Equity and Habib Bank with undisclosed amounts.

The late Nginyo Kariuki was a heavy investor in real estate, farming and government bonds but the estate has become the subject of an inheritance court fight after another woman popped out claiming to be a widow of the late politician together with the three other children born out of wedlock and were all excluded from the Will. 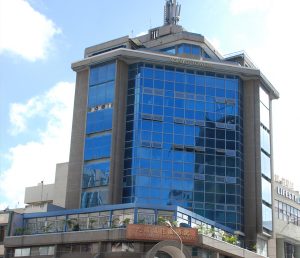 Brenda had pushed for the extraction of DNA before Nginyo’s burial to prove that the late tycoon was her father.

James who seems to be reading from the same page with the other three children also told the court that it was his father’s wish for him to lead the family business but he was challenged by one Jane, eldest child who started giving roles to other siblings.

“I noticed my sister, Jane, was imposing herself in business matters with little knowledge of the work that my father and I had done for 25 years…her actions did not align with our father’s wishes. Dad made it clear that in his absence, I as the eldest son, should take over the leadership of his business affairs.” James said.

The kind of authority James is seeking will see him run the estate under the supervision of the court meaning he will not have the power to distribute assets belonging to the estate.

“That I have pleaded with my family and then probate lawyer, to a point that I have been forced to abandon my attempts at an amicable resolution so as not to appear to be taking sides,” James said in the affidavit.

The late Kariuki succeeded in business than in politics with court papers showing that he owned land and buildings in Nairobi, Kiambu and Ngong valued at Sh3.2 billion.

Kakiuki also invested over Sh84 million in government bond and owned shares in a number of firms listed at the Nairobi Securities Exchange valued at Sh18.5 million.

But the case before the court threatens to freeze the deceased’s estate that might leave the heirs with about Sh400 million each if it is equally distributed to Margaret, her six children and the other three born out of wedlock.