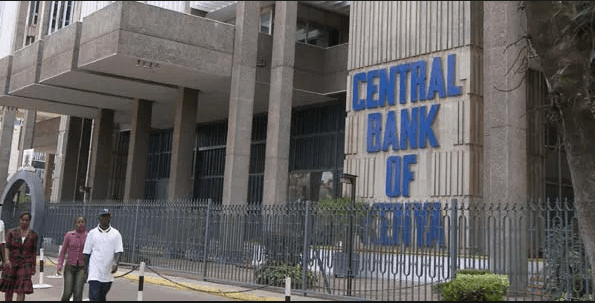 This email was also sent to CBK Governor Patrick Njoroge and he can confirm receiving it even though he has ignored it.

As a concerned staff its time to share more details to prove that CBK is being used by cartels to enrich themselves using technology tenders. Over and above Oracle, IBM tender has been awarded through dubious, collusion tricks between insiders and willing suppliers.

The main owners of this tender have been Deputy governor Sheila and her right-hand man in IT, Jeff Mugo. Jeff is so worried of exposing their after-hours relationship, that he has a special sim card he uses to call her (using one of his cell phones) and update her on the ‘eating’ projects.

To be noted – the same XRX company was awarded a tender in Aug 2017 when other bidders were much lower. Tender no CK/073/2016-2017 was given to XRX to supply servers when they were Kes 30m higher than other bidders who were disqualified using the same tactic of witch-hunting lower bidders not to pass mandatory.

Mastermind – Jeff Mugo, IT Manager with a close relationship to the executive, Dep Governor Ms Sheila. His scheming and approach to this project were to own it (alone) under the direct authority of DG and ensure that all participants in evaluation and award (procurement, junior IT evaluators) are under his control (or on his side). 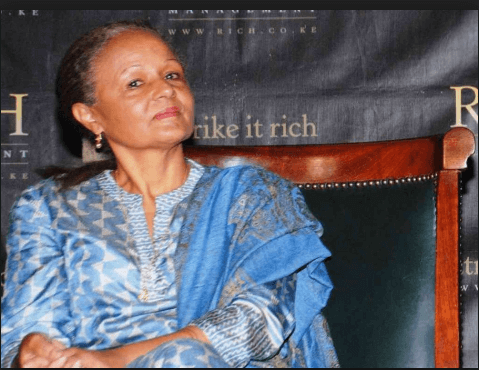 He used his two-faced approach to ensure key staff outside IT are ‘obedient’ while diminishing the role of critical people in the IT team who had a differing opinion. His rumoured to have stated his payday will be Kes 50m once all is said and done.

1) XRX, Lucy Njoroge – A ‘fronting’ local reseller who has never done such a project. The size and technicality of this project can only be done by other local partners, but Jeff needed to give a weak partner that would listen to his demands. No local skills and No local references of this size, XRX was a good target (with little negotiating power) to the front on behalf of UK distributor and his demands.

2) UK Distributor – This external company was chosen as a conduit to make payments outside Kenya. Their consultant, 65yrs++ pensionable ex-IBM employee called Esat Ferra, was instrumental in providing references from outside countries and insisting that foreigners (Indians & Nigerians) would be the implementation consultants on the ground (when there are able Kenyans who can deliver the same work) during delivery and commissioning. What ??

3) Brian Nyakeri – To facilitate the necessary discounted pricing from IBM and portray vendor is neutral yet his also on kickback colluding with Jeff for a payout. Against employee work/conduct regulations, he has been the go-to man for Jeff to ensure his fully informed on what is happening at IBM regards pricing, configurations, margins, etc. So that they both better negotiate their kickback from XRX and UK distributor from a position of power(knowing specific details)

a) Jeff calls Brian for planning sessions and they organize multiple meetings formally with Esat. The decision is made to award XRX, who will have the highest bid (due to FAT kickback). Discussions are had at various venues in Nairobi over the period of tender release, submission, evaluation and award.

b) Size: The configuration is designed as an over-kill with more capacity than is required to escalate the cost.

c) Services: Installation to be done by foreigners and training in the UK (raises costs and ensures foreign trips for Jeff & other staff to collect Kickback)

d) Evaluation team: Setup to be controlled by Jeff. None of the existing senior administrators of the current servers + storage at CBK was involved as they could challenge the sizing or specifications created by Jeff and his cohort.

e) Tender Requirement above XRX ability who were highest winning bidder: The expected number of certified skills, number of references and experience was beyond XRX capacity. So Jeff cleverly calls for an addendum, after the initial tender release, to allow Joint Ventures so that UK distributor can present his credentials through the fronting local reseller, XRX. The rest was now

f) Tender award: The role of Esat is now official as project manager and his visiting CBK HQ since July like a boss, with an arrogant attitude, calling and ordering all IT staff involved since his the owner of the delivery this project. (of course with Jeffs permission)

Other Facts (can be verified through the right sources):

1. XRX owner Lucy Njoroge, Jeff and Brian phone calls and logs – they met consistently during tender evaluation to scheme how to ensure only one bidder, highest bidder, wins.

3. Registration book at CBK reception (Esat visits) and Crawford offices (after hrs or weekends by Jeff, Lucy and Brian vehicles) on visits by the corrupt team

4. Cost of Equipment from the vendor is less than KES 380million. The difference of over KES 500 million for???

5. Training costs in the UK are high – approximately KES 50million. Why?? Other lower cost options like South Africa and Dubai exist

6. Other Services costs – over KES 350million Inflated for a kickback. Using foreigners like Indians, Nigerians, etc to take money out of the country. Why?? Are there locals with such expertise? YES

7. Jeff has a 2nd sim card used on discretely on his phone – used to make calls to DG (after hours) discussing deals/kickback