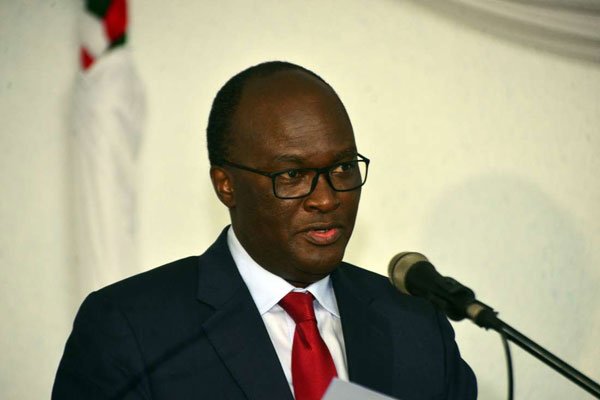 This is the second part and ongoing series on one shadowy lady Irene Nanayu, the Personal Assistant to an equally corrupt and incompetent Cabinet Secretary (CS) for Transport Mr. James Macharia.

Another source sent us information revealing that the biggest conduit for looting money for Irene Nanayu and Mwaniki Munuhe, of the NYS scandal, has been four projects in addition to the Bus Rapid Transit (BRT). Three of those projects have been awarded to the same company which is not a coincidence.

‘Nanayu’s tentacles spreads to SGR Phase 2 Project (Ksh150 billion), the JKIA – Westlands EXPRESSWAY (Ksh65 billion), the Kipevu Oil Terminal (Ksh39 billion). There are no bigger contracts that exist in this country more than these and all have been given to the same company, there is no difference between CCCC and CRBC’, stated the source.

There’s also another contract that Macharia and Nanayu are said to have benefitted from; the Nairobi – Nakuru – Mau Summit road which is said to cost the taxpayer over Ksh160 billion.

“Nyakundi, if you look at it, it is like a mini-SGR. It is being done by a French Consortium. But don’t be duped that Senior managers from the transport and roads ministry have walked away without their share’, said the source.

As revealed in the first article, Irene Nanayu has become a seasoned government shadowy operative, who has gone to the extent of erasing her images from the internet, just like some gold scammers in Kenya.

From a Personal Assistant to James Macharia when the CS was a senir official a NIC Bank (now part of Kenyatta owened bank NCBA), Nanayu has grown to known how to play the game well. A source told us that if you want to win a tender at the Ministry of Transport, Infrastructure, Housing, Urban Development and Public Works, then she is the go-to person.

Immediately after moving from NIC Bank, James Macharia awarded MedAfrica a contract to supply medicine and other supplies to the Ministry of Health.

MedAfrica is owned by Nanayu through a proxy Naomi Wanjiku Mirithu who is her sister.

These companies and other unnamed win tenders at the Ministry of Transport with ease.

Apart from the failed BRT buses tenders, it appears that the Nanayu – Macharia and other that we shall expose later on this blog are set to reap big from the aforementioned projects.

The Ksh39 billion Kipevu Terminal Construction Project scandal led to the sacking of Kenya Ports Authority (KPA) Managing Director Catherine Muturi-Wairi after it emerged that there were irregularities in the tender award to China Communication Construction Company (CCCC).

The probe by EACC which began in April 2019 is yet to net any tangible beneficiary of the scam as KPA continue to reel under the weight of corruption.

The JKIA – Westlands Expressway has elicited mixed reactions from Kenyans owing to its high cost to the environment and urban planning of the Nairobi City. Opinion of different environmentalists shows that the project is a waste of money, time and is detrimental to the environment as it passes through Nairobi National Park, Uhuru Park and is set to destroy part of the beautiful University of Nairobi (UoN) play grounds.

“The project is being pushed so as for the senior officials to it, said an insider at the transport ministry.

As for people who are going to illegally benefit financially from the project, your guess is as good as mine.

Some of these projects apart from the JKIA-Westlands Expressway are good and will surely benefit Kenyans, the only problem is their costs.

Just like the Standard Gauge Railways (SGR) Contract between the Kenya Railways Corporation and CRBC as exposed by blogs and mainstream media showed inflation of costs, these projects cannot escape the same fate.

The new projects exposed above linked to Nanayu and Munuhe; the JKIA – Westlands Expressway and the Nairobi-Nakuru-Mau Summit are Toll roads, where we shall pay crazy prices to use them for the next 50 years.

As the sun sets today, one woman sits powerfully at the Transport Ministry in Kenya with a lot of unexplained cash in her account gotten from tenders.

The legend of Irene Nanayu continues.

READ MORE ABOUT NANAYU AND MUNUHE FROM LINK BELOW

Irene Nanayu: The Story Of One Corrupt And Ruthless Girl

Some who has more information and a picture of Irene Nanayu, send anonymously to [email protected]