On Tuesday, India bombed what it termed as terrorists training grounds inside Pakistan.

Pakistan in turn responded by stating that India had violated its airspace and vowed to “respond at the time and place of its choosing.”

India and Pakistan have had many (3 wars) conflicts over the years since the British partition and creation of the two modern states in 1947. The last major conflict was fought in 1999.

In 1999, Pakistan infiltrated India’s territory in Kargil district. This led to a two months war that was only stopped by the intervention of the international community particularly the United States.

The new tensions were precipitated by a suicide bomber who blew himself up in an area of Kashmir controlled by India.

The attack which was claimed by the armed terrorist group, Jaish-e-Mohammed (JeM), is said to have killed 42 Indian Paramilitary personnel.

India responded by bombing what it termed as “non-military pre-emptive action” against the armed terrorist group Jaish-e-Mohammed (JeM).

However, Pakistan denied that India had hit its target stating that, they (Pakistan) had scrambled their jets to fight off the intrusion, forcing India to “release [their] payload in haste while escaping”.

Photos emerged online showing deep holes left out by the Indian bombs. The photos showed no signs of dead bodies. 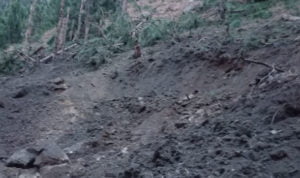 CAPTION: A deep hole left by a bomb dropped from a Indian military plane

On Wednesday morning, Pakistan shot down two Indian Military aircrafts in its airspace, capturing a pilot.

Tensions have escalated with India seems intent on going to war. Pakistan on the other hand, seem to have backed down after today’s events. 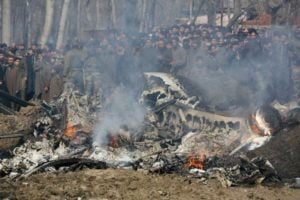 Both India and Pakistan posses nuclear weapons and ballistic missiles capable of wiping each from the face of the planet.

However, when it comes to a full-out-war, Pakistan pales in comparison to India in terms of military budget, nuclear weapons and range, and military personnel numbers.

According to the International Institute for Strategic Studies (IISS), India has a over 1.2 million strong army whereas Pakistan has 560,000.