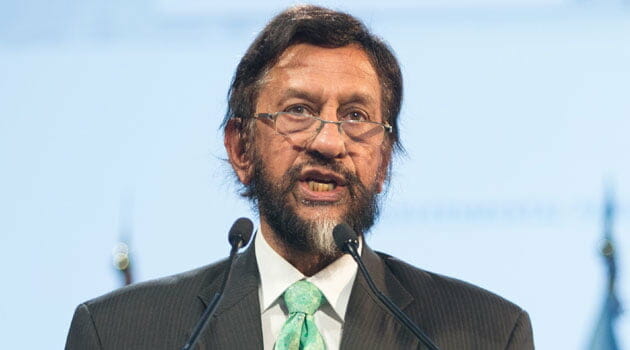 A court in India on Monday granted a top UN climate change official “relief from arrest” for three days as police investigate a sexual harassment complaint against him, his lawyer said.

Rajendra Pachauri, chairman of the Nobel Prize-winning Intergovernmental Panel on Climate Change (IPCC), on the weekend pulled out of a key meeting in Kenya starting on Monday citing “issues demanding his attention”.

His lawyers had applied to a district court in Delhi for bail in anticipation of any arrest over allegations Pachauri, 74, harassed a 29-year-old female researcher from his Delhi-based think-tank.

“The court granted an interim protection from arrest to my client. The next hearing is on February 26, I cannot divulge further details as the case is sub judice,” Pachauri’s lawyer Shankh Sengupta told AFP.

The investigation comes at a crucial time as Pachauri tries to set the table for a key climate change summit in Paris in December where world leaders are expected to broker an international treaty on tackling global warming.

Climate scientists went ahead with the scheduled four-day meeting in Kenya despite Pachauri’s absence, with officials insisting it would not derail the talks.

The female employee, who cannot be named for legal reasons, has accused Pachauri of repeated inappropriate behaviour, including through emails, text and WhatsApp messages, according to police.

Pachauri, who heads the Energy and Resources Institute (TERI) think-tank, has denied the allegations, saying his emails and mobile phone were hacked.

A Delhi court last week ordered the veteran climate change expert to cooperate with police investigators, after also granting him relief from arrest for three days.

Indian media, meanwhile, reported on Monday that organisers of an Indian conference at Harvard University next month have withdrawn an invitation for him to attend.

An economist and industrial engineer by trade, Pachauri took the helm of the IPCC in 2002 and was elected to a second term in 2008.

He is due to stand down in October and his replacement has not yet been chosen.