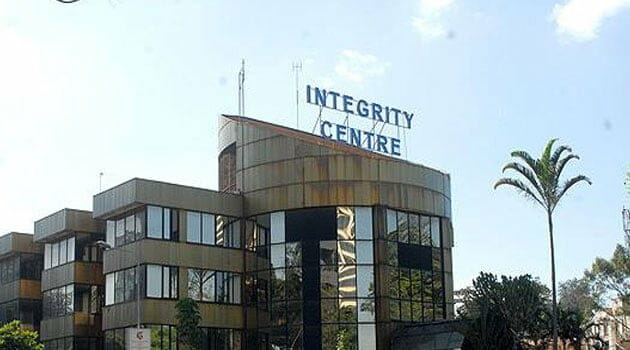 Transparency International Kenya says its only through the prosecution of all people involved in the Anglo-Leasing scandal, that the war against corruption will get enhanced in the country.

While lauding the Ethics and Anti-Corruption Commission efforts in investigating the scandal, the lobby group says punishment and recovery of all proceeds from the scam will boost public confidence in the country’s legal system.

In a statement sent to newsrooms on Monday, TI Kenya’s Executive Director Samuel Kimeu urged the Mumo Matemu-led commission to expedite its investigations on pending scandals in the country.

“Punishment of those responsible for the scandal and recovery of the proceeds from this scam is critical in establishing Kenya as serious in the fight against corruption and to boost the confidence of the public in our legal system,” he stated.

Director of Public prosecutions Keriako Tobiko has recommended for the prosecution of 13 individuals and three companies implicated in the multi-billion shillings scandal.

Among those to be charged are former Cabinet Ministers, Permanent Secretaries, top businessmen and a senior official at the Treasury.

Tobiko said in a statement that there was sufficient evidence to sustain the charges in court after perusing files re-submitted to his office by the Ethics and Anti-Corruption Commission (EACC) last week.

“I have today directed all the 13 individuals and three corporate entities recommended by EACC to be charged, be taken to court forthwith to face various criminal charges.”

One of the three files received by the DPP last Friday relates to ECOPS which dealt with computerisation of the Kenya Police. The contract price was Euros 59,688,200.

In the second file which relates to supply of equipment and services to the Postal Corporation of Kenya, Tobiko recommended charges against a former Finance Minister, former Permanent Secretary in the Transport and Communication Ministry, former Managing Director of a parastatal and a former director at the Treasury.

The last file is on modernisation of police equipment and accessories and was valued at Euros 40,000,000.

The 13 individuals and companies will be charged with seven offences.

The offences are conspiracy to commit economic crimes, fraudulent acquisition of property and engaging in a project without planning.

They will also faces charges of abuse of office, breach of trust and a charge of wilful failure to comply with procurement laws and regulations and ‘disobedience of statutory duty contrary to section 130 of the Penal Code.’