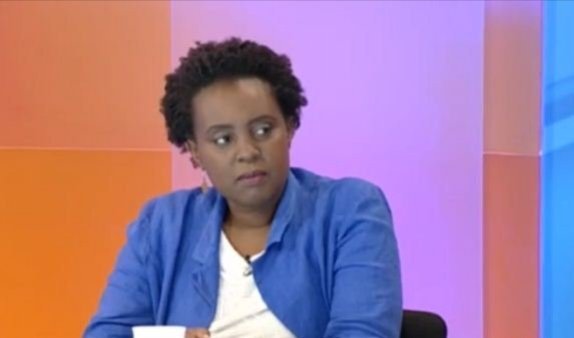 AS AN ARTS teacher and a Christian, I find the conversation on #10over10 extremely disappointing. Christians are itching for a quick win issue and getting that program banned is the cheap victory they want. It’s for the optics, rather than the substance.

Last year in April I flagged that show as artistically bad. It uses our youth as props. The kids are not creative, they just to populate the stage and gyrate. That’s exploitation. Even without the intimate moves Christians wait for before they see a problem, it’s a bad show.

That show demonstrates how the media is exploiting the youth to tantalize viewers in the name of entertainment. It presents a country that won’t do the work of providing arts education and a decent entertainment policy that allows creative Kenyans to produce good content.

That show is also about a skewed market and a pirate sector that has a lot of bile for the arts. The media, Ministry of Education and Kenya Private Sector Alliance (KEPSA) have attacked the arts as not useful for the country. Youth no longer study arts. They do communication and sijui creative economy instead.

Our youths survive on raw talent, often poorly paid. That means that even if they get bigger, they don’t get better. And now Kenya Institute of Curriculum Development (KICD) endorsed this mediocrity by changing the education system to talk of “talent” instead of arts education.

Basically, that makes Kenya is an artistically unsophisticated country. Look at Churchill show, for instance. Our comedians are finding it difficult to graduate to comedy of the calibre of the shows of John Oliver or Trevor Noah, because we don’t train or employ comedy writers.

I talked about improving our comedy at The Nairobi Satire Fest some years go.

I’ve offered a comedy class three times now and had to cancel because students are told by pirate sector and Christians that the arts are not “relevant.”

So the kind of comedy we require needs investment. But where are the pigs and pirates to provide it? Incognito. Artists who want to do good work are thus forced to ask donors for money. And donor begging wastes creative time to write proposals for money with strings attached.

When I’ve called well placed Christians for support and explained this problem, they tell me they are more concerned about the church’s image in the media.

So what do those Christians offer to replace #10over10? Nada. And the need being met by that show will be met elsewhere.

Some church youth groups have been brave to invite me to talk about the arts. At one church, the elders initially refused to allow the meeting, and later accepted because an elder had to attend to spy on us. When I talked to our young people about these issues, the elder was shocked.

We have great young people who already know that there are issues.with the arts space. They need clarity, not bans.But instead of the church providing support, it hides in the bush and waits for intimate content and then spings out of the bush to tell us about morality.

My own career as a scholar of the arts has been destroyed by this toxic anti-arts environment. I’ve had to talk about politics and education because we can’t do arts work in the education system. Pirate sector, GoK and church keep fighting us. So I’ve had to study and fight them.

Now #bbireport has proposed to crush the little arts and humanities space we had left.

Kenyans, this is madness. There is no sane or “middle income” society without a thriving arts culture, but as we know, the goal of GoK, the church and businsses is to NOT have a sane society.