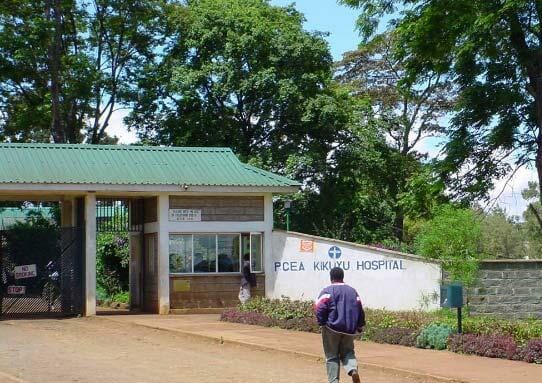 This is a sad story, A story of Rot and Impunity that will make you question whether Kenya has laws or not .
“PCEA Kikuyu hospital  is run by PCEA church through the CEO Dr Patrick Kimpiatu (a Congolese)
the guy is most corrupt and he does not manage anything in the hospital apart from taking bribes from the suppliers, you can not supply anything in the hospital without adding his commission. “”
” The CEO makes a travel plan on monthly basis, so the hospital pays him per diem ,travelling allowance and flight ticket but on the day of travel, you find the guy in the office, he does this to pocket the hefty  allowances. Then there is a finance manager by the name Stanley ndungu, this guy has his God father in the hospital board which oversee the operations of the hospital, board members  can ask for cash which is drawn from the hospital account and handed over to them without any shed of  accountability but with immense impunity .”
” HR manager is called Esther Mukundi, she has mismanaged the hospital as there was a scandal of ghost workers which the then HR manager herself and Finance manger were involved. It is alleged that  those strange people were being paid every month by a HR department lady called leah who quit employment after being discovered .The bank had written to Finance manager raising the issue of money being paid to strangers  but the fella  did nothing because he was part of the crooks.. “
The hospital is using an old system for the management of each and every department, the system by the name ORIS is outdated, same is used by cashiers, once a transaction is keyed in, you can easily delete same without any trace.. so cashier at the hospital boast of how they can make 50k in a day from raising any eyebrow… the hospital is trying to implement a new system by the name Ehospital, at a cost of 30m , the system doesn’t have the goodwill of some of the management and staff because it will lock down all their stealing loop holes..
” Director of Clinical Services – Eye Unit is a guy by the name Dr. A. M’bongo (a Congolese) these are the people are who liaise with the consultant (part time surgeon) to swindle the hospital money, no official process, these are done jua kali and hence the hospital running into debts… a hospital that was started by missionaries in 1908 and has no future.. The hospital’s eye department is fully funded by donors but that money ends up in a few people’s pockets.. “
There is a project going on for pediatric unit (childrens) when the donor gave out that money , all senior managers went to Naivasha hotel for a whole weekend to spend the same money which was donated for hospital.
” Some of the staff members report to work under the influence of alcohol.
The hospital is mismanaged .Some of the doctors  are very  incompetent and cases of  patients loosing their lives are very common . This is due to lack of qualified personal with word that the few qualified doctors  are demoralized “
Accountability is a foreign land in this hospital, they illegally  collect  roughly  1 million everyday and by the end of the week no amount in the account, money is stolen by employees and the management who are protected by the board.  PCEA head office has refused to take action fanning the menace .
Who will save this hospital from the corrupt board members and the management ?
Below are some of the links to the stories highlighted by mainstream media and someof the negligence cases in court.
http://www.the-star.co.ke/news/pcea-kikuyu-hospital-losing-its-shine
http://www.ipsos.co.ke/NEWBASE_EXPORTS/Mhariri_renamed/140508_The%20Standard%20-%20Thursday_27_76464.pdf
http://www.standardmedia.co.ke/m/story.php?id=2000085671
http://mobile.nation.co.ke/news/Vivian-Vugutha-Alliance-High-School-Kikuyu-Mission-Hospital/-/1950946/2721748/-/format/xhtml/item/0/-/xmuepo/-/index.html
http://kenyalaw.org/caselaw/cases/view/93199
http://allafrica.com/stories/201405190700.html 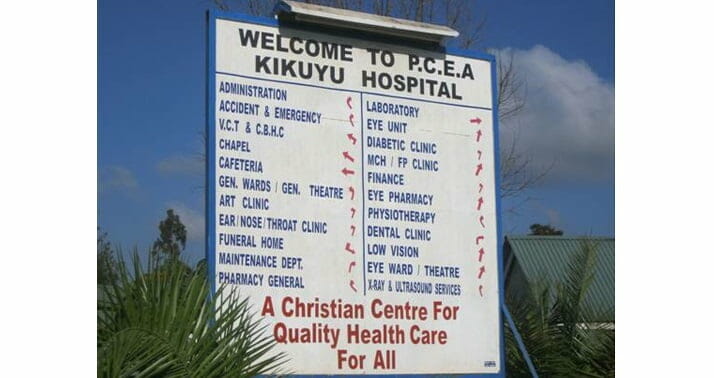