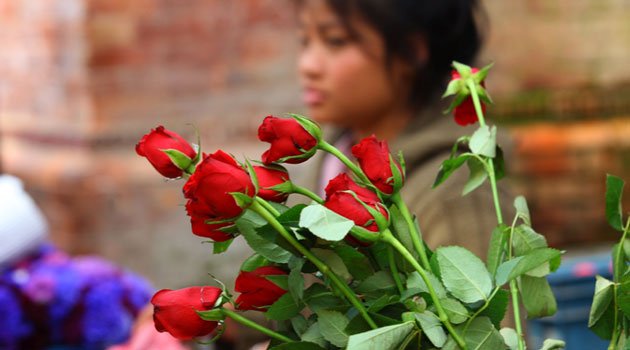 Before indulging on those crazy media-ignited spending spree’s, it’s good to understand a woman’s appreciative mechanism. Your grand-gesture which you’ve probably sacrificed a lifetime for, may be viewed as nothing.

If a woman sees a possibility to make the present moment more enjoyable, she would do that in a heartbeat no matter what the future consequences are.

She would return the cake she ordered at the coffee shop three times if it’s not absolutely to her liking, with just the right amount of chocolate sauce and sprinkled cocoa. She would turn the heating up by just 1 degree if she’s just a tiny bit cold.

If you do something that she doesn’t like then ckuff you! She’s pissed! Crying and screaming. You’ve ruined her perfect moment!

If that other guy is into her and no one’s around – she’ll cuff him! Then come back home and cook dinner like nothing happened.

Men, on the other hand, will suffer in the present if they believe that it will be worth it in the future. We will work hard, eat cup tea & KDF in college and earn money in order to attain financial security.

We can eat every day the exact same meal and get used to that and move on.

Women will never have the mental constructs necessary to justly view men’s suffering and sacrifice as beneficial at the current moment. They cannot see how the present sacrifice extends into the future.

However, when a woman realizes that her current happiness is derived from a man’s past effort, it is very different to her – they call it “romantic”. That’s why they quickly fall for old married sponyo’s because his past effort is what they’re blowing.

At that present moment is when she realizes this, the man is genuinely appreciated by her.

As that moment passes and becomes past, so does her appreciation.

It is very easy to label women that do this (read – all women) as the whiny bitches that they are. However, this is the reality we live.

It is in our hands now to decide how much we’re willing to put up with in order to get sex/love/whatever and realise that we will never be able to achieve that fairytale true lasting love without putting an irrational amount of effort into it. And even then, it may not be enough.

All the flowery crap you read in your Hallmark card on Valentines Day or your Anniversary was written by someone else.

What most men uniquely deceive themselves of is that they will ultimately be appreciated by women for their sacrifices. Learn this now, you won’t. You can’t be because women fundamentally lack the ability to fully realize, much less appreciate the sacrifices a man makes to facilitate her reality.

Assume for a moment that a 40 y.o. Man with the options to pursue younger women “does the right thing” and seeks out a relationship with a woman his own age. Would he be appreciated for essentially giving an aged woman a new lease on life? Or would he be viewed as doing what is to be expected of him?

Would a man who marries a single mother and helps with the parental investment of another man’s child be appreciated more for having done so? Would it even factor into a woman’s estimation of his character, or would he simply doing what’s expected of a man?

So tomorrow on the over-rated day of Valentines, be mindful of your investment. It’s the biggest risk, yet men jump without a parachute. As long as you don’t buy into this imagery painted by Western media and pop-culture about “romance” and chivalry.

My primary advise still remains. Don’t over-invest without an assurance of sex in return. And if you’re aiming for a long-term relationship, make sure that there’s now spec of doubt. You know all the red-flags by now. I won’t repeat them again.

Be strong. Don’t be under pressure to impress. Don’t spend money you don’t have.