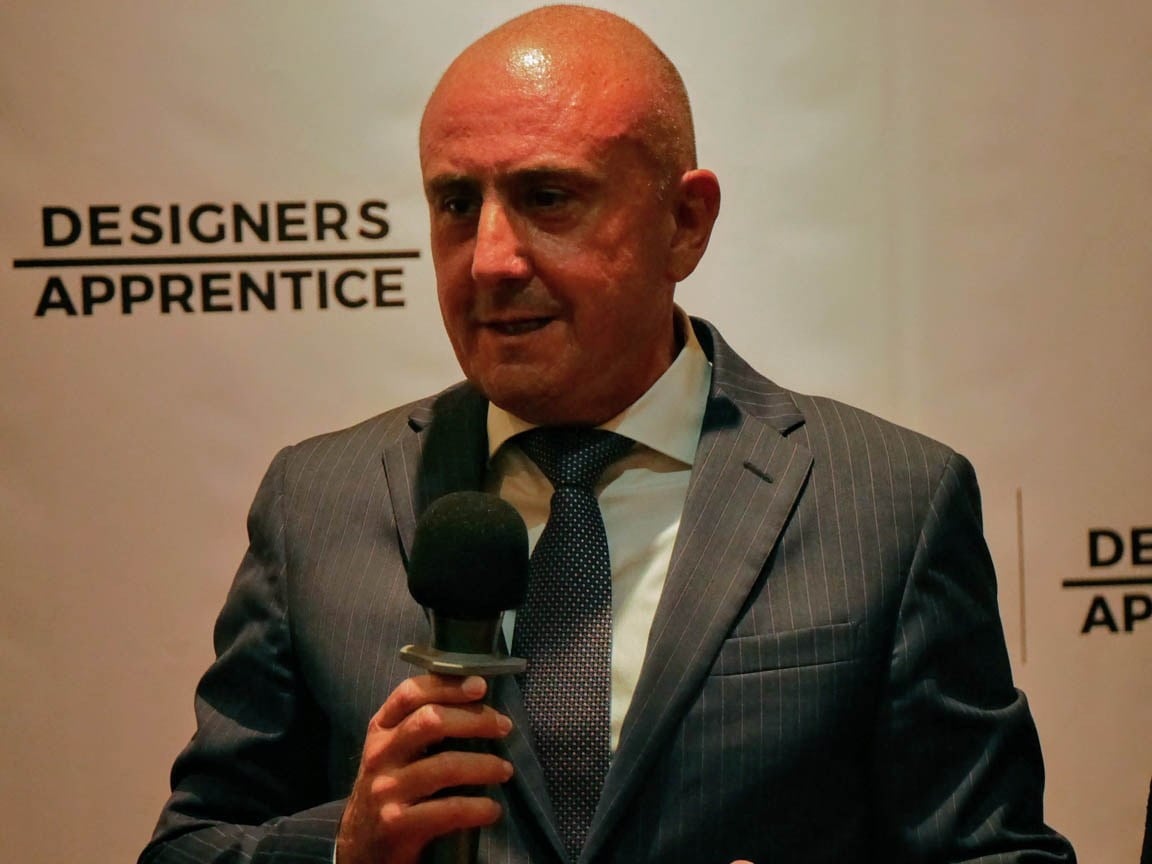 Bata Kenya CEO Alberto Errico. The Foreigner has embraced fully the maxim ‘for Kenyans working with Indians, it is 1619 everyday’.

On 22nd August 2018, Bata Kenya staff wrote a letter to EACC complaining about illegal aliens taking up jobs in Kenya at their company.

The Ethics and Anti-Corruption Commission didn’t respond to that letter, they only acknowledged receipt.

Now, they’ve written a new letter directed to the Director of Immigration Services Mr Alexander Muteshi about mistreatment and persistence in the management of Bata to hire and retain foreigners from Asia who are given jobs that Kenyans can do.

ALSO READ: Slavery: For Kenyans Working With Indians, It Is 1619 Everyday

“Your attention is kindly drawn to the above subject matter and a great concern of the current turn of events and mishaps to employees at Bata Shoe in Limuru. There are foreign workers from Asia (copies of documents attached) brought in to take up positions legally meant and suited for Kenyans at the pretext of training the Kenyans to take over. They have never trained these Kenyans and are way less competent than respective Kenyans. These Asians have overstayed the legal timeline for which they would be legally allowed for such duties notwithstandin’, the Letter said in part. 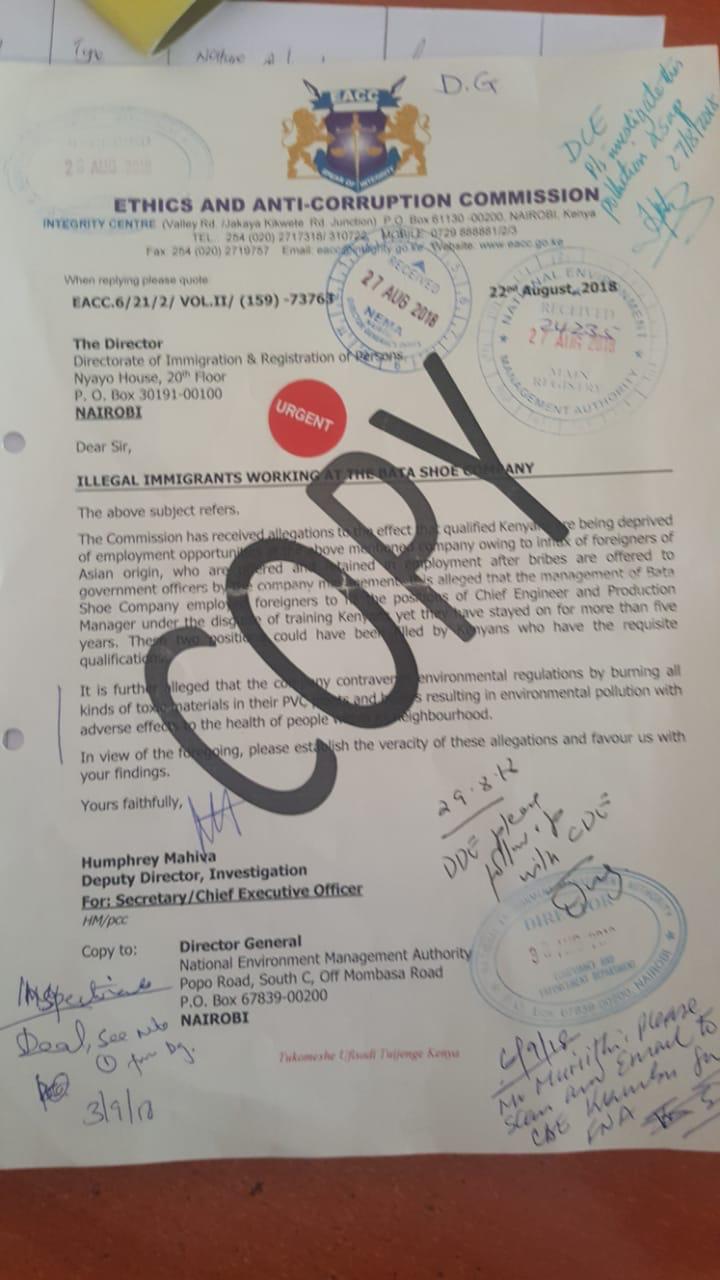 Just like our exposé on #SlaveryInKenya, where workers in Asian-run firms such as Blowplast Limited and others, complained of mistreatment, at Bata that treatment is business as usual.

The letter further says, “They have further isolated and formed a sinister syndicate that has been planning and overseeing mistreatment, retrenchment and firing of Kenyans in various departments in the expectation of replacing them with Asians. Several employees have been retrenched (forced to resign) and more have been notified for an early retirement”.

EACC failed to act, to summon masters of corruption at the Department of Immigration services. Blogger Nyakundi had to write about it but the only action that came through was a Demand Letter from the CEO of Bata Alberto Errico instead of changing the illegalities.

Mr Alexander Muteshi is being called upon to do the needful, send all the foreigners working in Kenya, who are doing jobs that Kenyans can do, home.

Bata staff are appealing for Alexander Muteshi’s intervention in this matter to save the few Kenyans earmarked to lose their jobs, to be replaced by persons of Asian nationalities.

Attention Muteshi, they are looking forward to your swift action 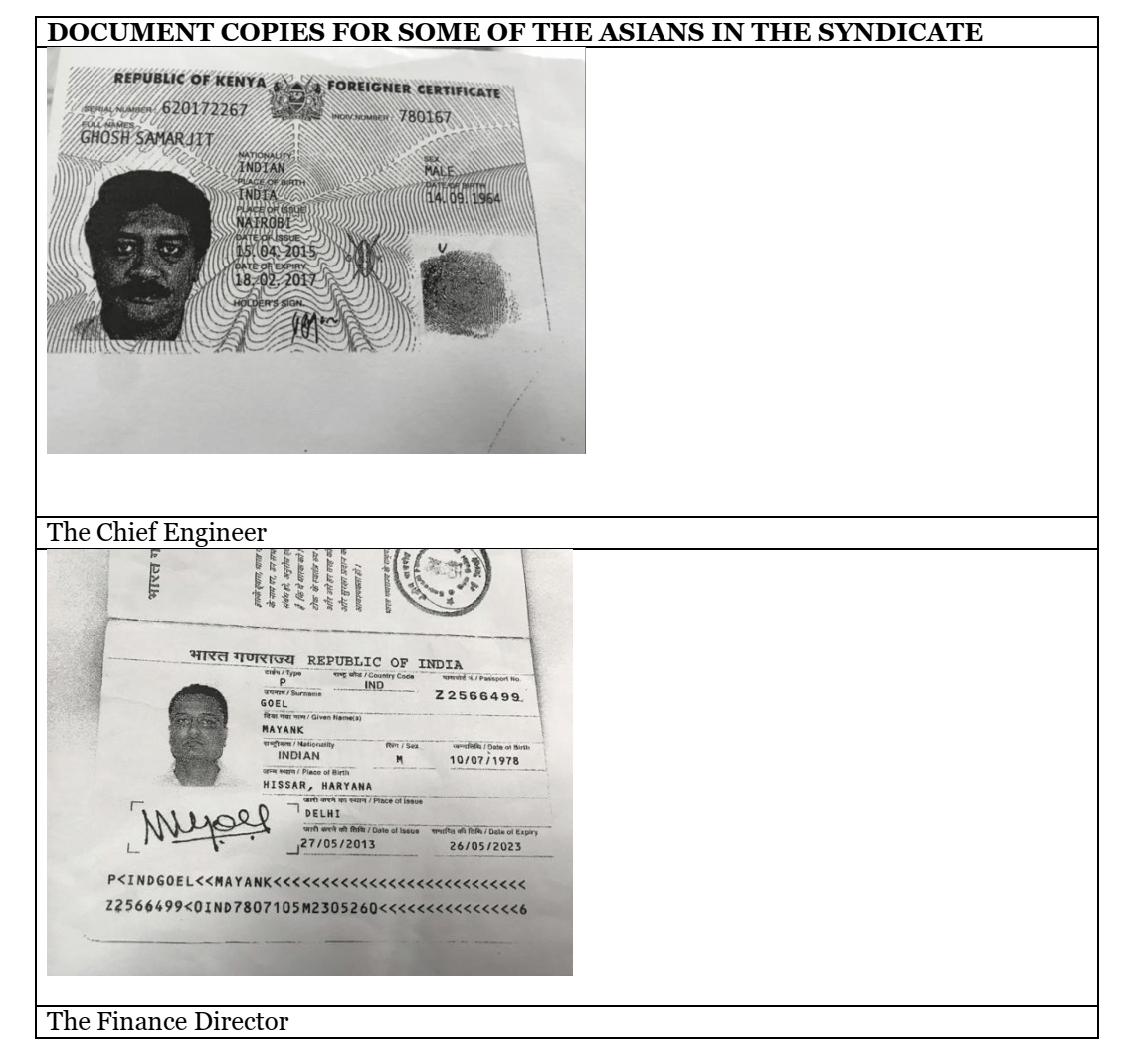