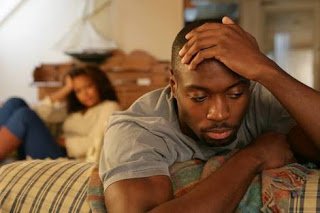 CAPTION: Denial of sex leads to frustration in men. It’s a scenario I’d not wish my worst enemy. Remember, women fuck. They love being fucked. And if she’s not fucking you, she’s definitely fucking someone else.

“Women have boyfriends and girlfriends. If you’re not fucking her, you’re her girlfriend” said a profound tweet today. And while it seems noble to have women as “friends” this is an unhealthy situationship for young men.

Women have used the “let just be friends” rejection for many years because it serves an ego preservation function for her. To a greater or lesser degree, women require attention and the more they have of it the more confident they feel both personally and socially. The “let’s be friends” rejection is a Social Convention that has classically ensured a woman can reject a man yet still maintain his previous attention.

It’s the guy who is unwilling to accept these conventions that makes the most lasting impressions of confidence with women. It goes against what our common human heritage dictates for us – avoid conflict, don’t make waves, be her friend, etc. By not accepting a “let’s just be friends” offer, you emphatically make known that you are good at confrontation, you have an understanding of her motives and you’re confident enough in yourself to make it known.

Kenyan women due to conditioning from older feminists, from movies, sit-com’s, from their talks, have created a pseudo-official convention of making men “wait” for the right time to have sex. In essence, they’re prolonging the period so as to be able to milk whatever they see as valuable from you. Time, conversations and most of all, money. Any woman who is unwilling to sleep with you by the 3rd date only wants to use you.

And this is the knowledge older men should be imparting to the younger ones, not preaching bullshit spirituality and religion.

The women you’re explicitly urged to avoid are those above 30 years of age. Those ones automatically will give you a hard time because they’ve gone through many dicks and bad experiences, largely due to their poor choices of men. To be over 30 and single as a woman in Kenya, is not an achievement, contrary to feminist-controlled media narratives. Women mature faster than men, so it goes without saying that the urgency to settle is quicker on their end, since they have natural/biological-clock issues which men don’t have.

When you stroll in the Over-30’s zone of women, here you’ll find wannabe-spiritual ones, who suddenly reconnect with religion after years of sleeping with older men for financial gain. They then resort to biased-reading of motivational speakers and their social media pages are characterised by a lot of motivational-quotes. Stay away from this lot Kenyan man. They wasted their youth thinking the beauty will last, but unfortunately age finally catches up.

Put it this way, with just average Game, in 3 dates you should be able to determine if her desire level is high enough to want to fuck you. In 3 dates you’ll know if her desire is genuine or if it’s motivated by something else – another guy in rotation, sexual hangups, spend your money, etc.

If you have sex on the 1st date or a same-night-lay, in all likelihood she’s really hot for, and into, fucking you based on physical criteria alone.

If you have sex on the 2nd or 3rd date, she’s into fucking you and probably wants a relationship because she wanted to give you a token impression of her not being ‘easy’.

If she fucks you after the 4th date, you’ll be her first alternate as she plays you with another guy, or evaluates other potentials. Basically she’s still in the market.

If you’re sexless after 5-6 dates you’ve probably been at it for over 6 weeks and that is the Message. Onto the next!

If a chick is going to fuck you on date 5 she’s going to fuck you on date 1. Tighten up your game so that the stuff that builds attraction on date 2-5 happens on date 1. That’s why you have a solid repeatable “Day 2” that has social proof, good logistics, venue changing, etc all built in. Like having her pick you up at your place but not staying long so she’s comfortable coming back there later, have her leave her car at your place because you want to walk, take her to a lounge near your place where the bartenders/waitresses know you by name, have an excuse to leave (“this place is so loud. let’s have the next drink at my place, I’ll show you that movie we talked about”), stop at a convenience store on the way or walk through a park etc. By that point you guys should be making out. Bring her into your place and escalate from there.

There’s no reason to take her skydiving on date 1 and then to a fancy restaurant on date 2 and then out to a movie for date 3 blah blah blah. Male-pussies Larry Madowo would do that kind of garbage because their conditioning is extremely feminine.

When women deny and withhold their sexuality, they are effectively road blocking the path to true love. Jetting to Mombasa is a magic carpet ride, not heartfelt emotion, although the difference doesn’t matter to the average woman. The pathetic truth is that such an expensive adventure only serves to underwrite her narcissism, and reassures her that her vagina-the ultimate source of her self-image-can’t be bought cheaply.
So long as she’s being taken on “cheap” dates, she’ll still be the ball-buster, forcing her date to jump through her mental hoops; but the instant she boards the jet, she’ll start to unbutton her blouse and remove her panties. A high enough price has already been paid-she doesn’t have to deceive herself anymore. Basically women who withhold sex are prostitutes, wanting men to table higher bids in exchange for her sexual organ. It is what it is. And if you were to look at it from an economic/financial perspective, it’s cheaper to go one of these websites and buy pussy upfront, which will be much cheaper than those expensive dates.

Any bullshit about “a girl putting out on the first date means she’s not girlfriend material” is just social conditioning and a madonna/whore complex on the man’s part. Which, ironically, is WHY girls try to make guys wait a few dates before they fuck…cause they fear that judgement. When a girl can tell you won’t judge her, she will be down for whatever. But other women create this social-convention of slut-shaming women who have sex on the first date. It’s their way of making themselves feel good, especially if they’re the ugly “mother hen” type, not really in anyone’s interest.

The mother hen women are older and uglier women who due to low self-esteem issues, have made it a habit to just moonlight in clubs purporting to give other girls advise, as if they’re their mothers. 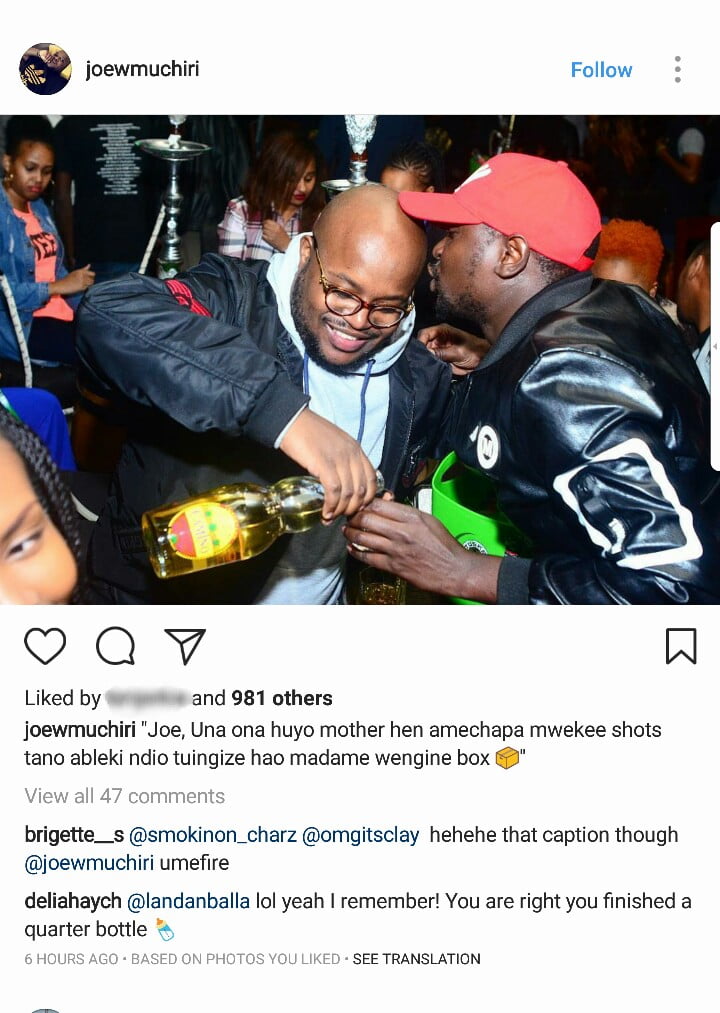 CAPTION: Popular social-analyst Joe Muchiri has discovered a strategy to circumvent the “mother hen” crisis. And while this looks funny, it’s true. Such women have resorted to slut-shaming their sisters to create an order where if they’re not enjoying life and having sex, then no one else should

A woman does not consider a social encounter a date unless the man pays for the evening. She will only offer to pay her fair share if she isn’t sexually interested and doesn’t want to be “obligated” (proving that she in truth knows that she’s trading her body for money). Women justify such robbery by rationalizing that whoever asks for the date should pick up the check, but they conveniently never extend such invitations. This rather self-indulgent logic serves her well: being pandered to is her reason for living. She loves glamour and excitement, but expects someone else to fund her good time when the bill arrives she daintily looks the other way. The world is a magical place; everything is free as long as she keeps sticking out her boobs. In her solipsistic universe she may even imagine herself to be a feminist, trying desperately to be independent in a “man’s world”, but this is a narrow-minded conceit-she has become too accustomed to getting something for nothing. A dating woman lives the unwholesome existence of a parasite, feasting on another’s healthy blood.

And from my analysis, one of the women who I straight-up call out for being legit is blogger Joy Kendi. She has her boyfriend and when she’s travelling, it’s never on some obscure sponsor-CAunded charade, but genuine business and hustle. And that’s why her career has been on a steady rise, yet she doesn’t have to appear on TV everyday hawking her image. Her and a few others can now step up and use their voices to speak about negative feminism, as promoted by older harlots like Caroline Mutoko. Time to call out the bullshit! 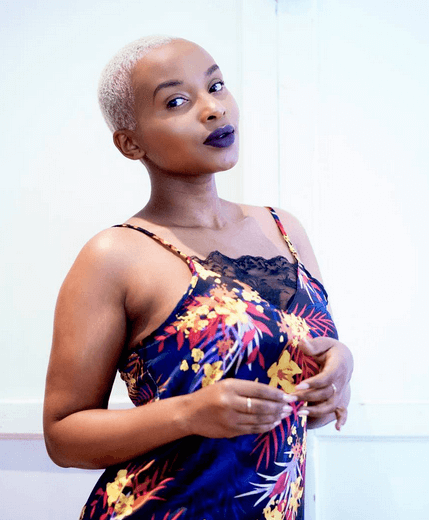 CAPTION: Definitely not a feminist and her career is on the rise. Feminism and it’s contradictions which obscure prostitution, are the biggest challenges Kenya is facing today. We need level-headed women to rise above and create an alternative school of thought.
Would you like to get published on this Popular Blog? You can now email Cyprian Nyakundi any breaking news, Exposes, story ideas, human interest articles or interesting videos on: [email protected] Videos and pictures can be sent to +254 710 280 973 on WhatsApp, Signal and Telegram.