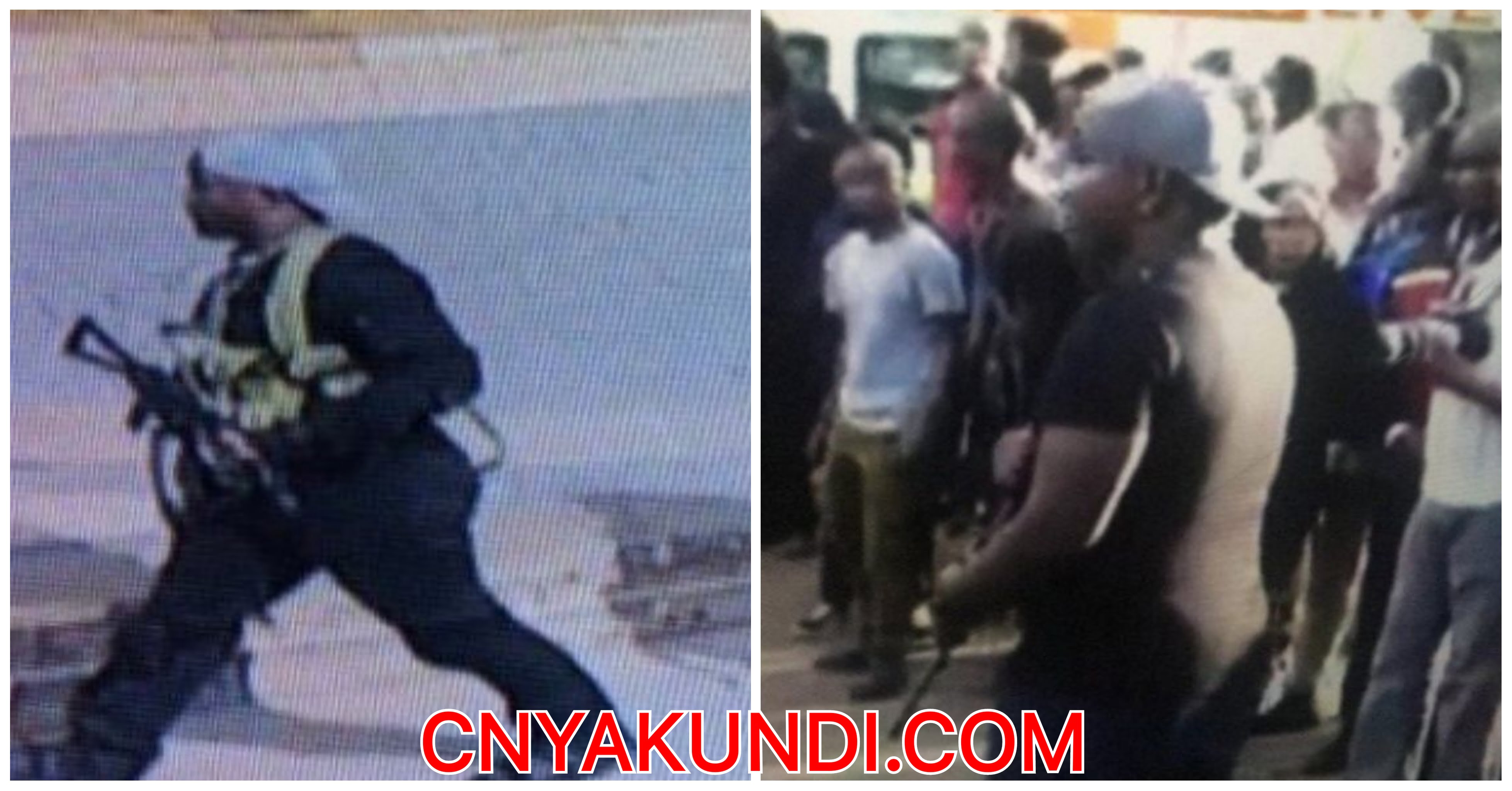 Last night, speculative Kenyans on social media raised eyebrows on the striking similarities between one of the suspected terrorists caught on CCTV Footage and a law enforcement officer who was involved in the rescue operation.

After this site’s Chief Editor sought clarification on this matter, we can now confirm that the two men are completely different and one has been a victim of mistaken identity.

Through a private conversation, the man who sought anonymity is now asking Kenyans to stop spreading rumours that he was one of the terrorists during last evening’s unfortunate attack.

“Good Morning bro, I am the officer being compared with the terrorists and I’d like you to assist ‘

What happened is when we went to cover the redcross in assisting the injured we came under sniper fire and while responding we took cover in a sewage mtaro kumbe ilikuwa na matope na viatu ikakwama I didn’t have time to pull them out considering the situation and a Good Samaritan offered some slippers before I could get a pair of shoes from the former Mathare MP.

Please assist bro it is hurting my family and colleagues and please don’t expose my number or chats I beg.”

KTN Journalist Yussuf Ibrahim has also confirmed that indeed the man was a law enforcement officer who was at the scene of the accident the entire day trying to help out victims.

Please let's stop putting this officer on the spot I was with him whole day…he together with his team responded on time notice he is even minus proper footwear..He is not a terrorist..#RiverSideAttack pic.twitter.com/4tyuFQUOFl