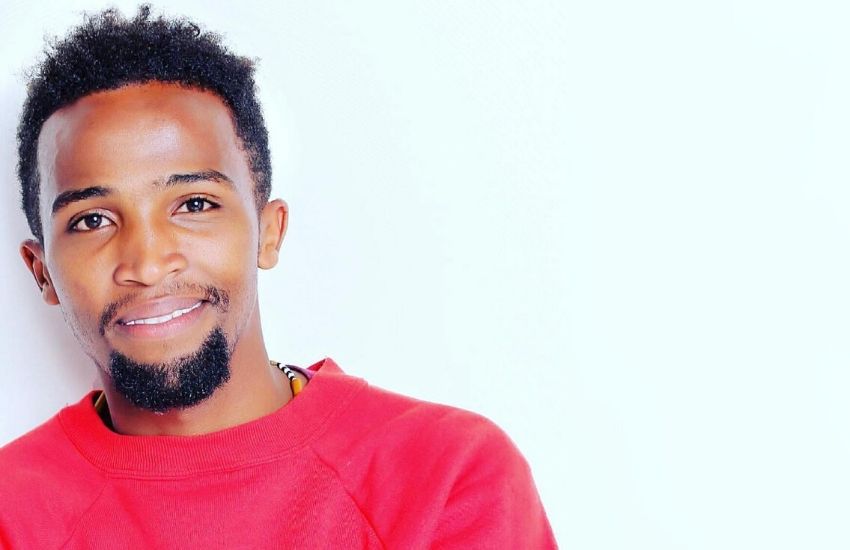 As netizens continue to debate on whether Kenyan actor Pascal Tokodi properly seized the moment during his rare encounter with President Uhuru Kenyatta, the stage performer has this morning finally broken his silence on the few seconds of his life which have now left him in a bit of a quagmire with the online gang.

Tokodi, who shared a video of the President taking a walk outside State House, received a lot of criticism for having only told Uhuru to watch his popular drama TV show, “Selina”.

But speaking to various media houses this morning, Tokidi strongly defended his decision saying that he felt satisfied with how he utilized his two seconds with the head of state and that the trolls on Twitter and Facebook don’t faze him at all.

The actor added that if he had gotten more time with Uhuru, he would have still focused on what he does for a living and the struggles creatives like him go through in the entertainment industry.

“Sijali. I had my two seconds with the president and he supports local talent. If I had more 15 more seconds. I would look at what I do for a living. The struggles that we go through in the entertainment industry,” Tokodi told Massawe Japanni during a phone interview on her radio show, adding “Checking out the comments, I am used to the trolls at the end of the day words don’t hurt. I am a very positive guy.”

The artist further went on to reveal that the most affected victim of his new-found fame has been his celebrity wife, Grace Ekipara who had to endure a late-night call from Tokodi who simply couldn’t help but share the exciting news of how he bumped into Uhuru.

He also added that he regrets having not taken a selfie with the Jubilee Party leader.

“Grace alipata shida, I woke her up at night to tell her that I had met the president. I regret I did not get his selfie. My dad has a photo with the President and so it would be so good.” he told listeners.

Speaking to Nairobi News in a different interview, the actor said that he saw the president walking along the busy road but he was not alone.

“I was driving along State House road and I saw the president walking and before I could have a chat with him, his security came and chased us away because we were holding traffic,” he said.

A frenzied Tokodi, who is in the company of a friend in the car, can be heard requesting the Head of State to watch Selina which airs on Maisha Magic East.

President Kenyatta is heard saying “Asante. Nimeona,” as he waves Tokodi off.

Some Kenyans were irked and felt like the actor should have used the chance to ask the President “more serious questions” instead of promoting his show.

Tokodi, in a reaction video posted later on, however, rubbished this off.