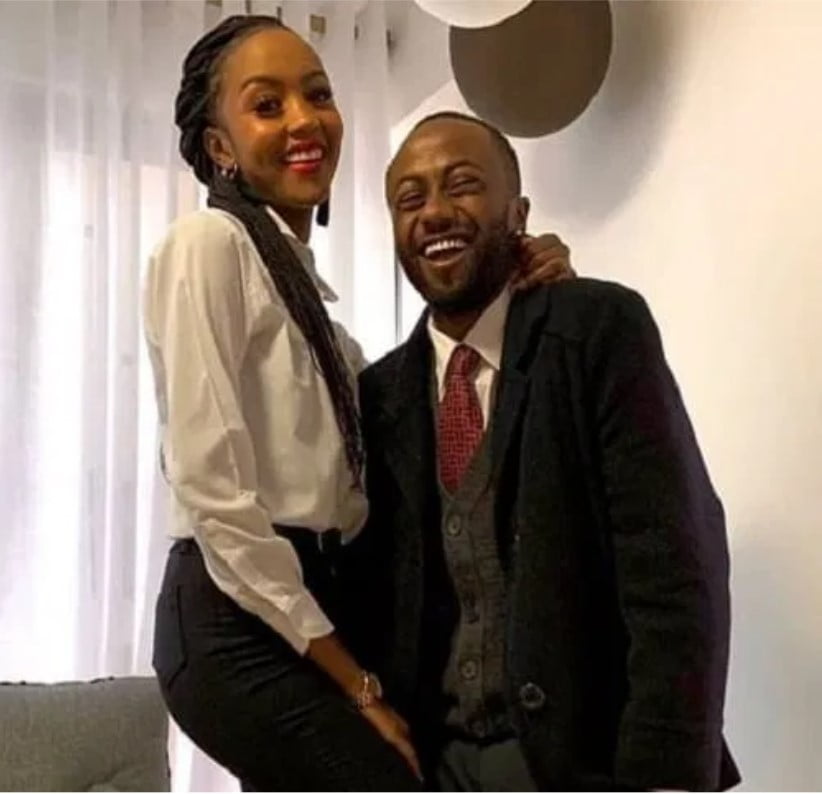 CAPTION: Jowie Irungu and Eleanor during the time they claimed to be married

Kenyan model Eleanor Musangi has come out in public to admit that she and infamous murder suspect Joseph “Jowie” Irungu called it quits on their fake relationship last December after dating for close to one year.

Speaking to “Tea Master” Blogger Edgar Obare through his massively followed Instagram account, the songstress and mother of one revealed that their entanglement ended both professionally and personally.

She claimed that the main reason she took the decision was because Jowie had changed a lot hence she no longer wanted to play the pretend wife role in his life story.

The news comes as a surprise to many as the two had confirmed their union as a couple just a month after Jowie’s release from Kamiti Maximum Prison on a Sh2 million bail back in February 2020.

According to Eleanor, however, the two were never legally married and it was only  a lie to legally protect the murder suspect and to enable him to stay in Nairobi as his permanent place of residence.

This way, she enabled Jowie to avoid having to stay with his patents in back in rural Nakuru as she was his the only option that the courts could allow him to live with as a spouse.

“For legal reasons, I stated that so he could be allowed to live in Nairobi as the police on his case have to be aware of where or who he’s with. I truly helped Jowie with a clean heart out of the compassion for the broken state I found him in,” she explained to Blogger Edgar in one section of her long paragraphs.

Additionally, Eleanor has revealed that she had lied about Jowie being the father of her child, saying that she only did it so in case he ever appeared in public with the little girl, there wouldn’t be much scrutiny.

Explaining why she took the decision to set records straight, the Eleanor claimed having such a controversial experience could cost her modeling career which she now wants to pursue at an international level, adding that she does not regret having helped Jowie in the vulnerable state she met him in.

“I want to pursue my career as a model internationally and having such a controversial experience can cost me as well. I don’t honestly regret helping Jowie in the vulnerable state I met him but I don’t want my compassion to be used against me in other areas of life. That’s why I’ve reached out to you,” she finished off.

Late last year, there were rumours that all was not well between Jowie and Eleanor after the pair supposedly  “deleted each other” on social media.

The lovebirds, who broke the internet after going public about their relationship, had unfollowed each other and this sparked speculation there is trouble in paradise although others felt it was just a decision to guard their relationship from the limelight.

However, while the pair remained tight-lipped, Eleanor appeared to give the biggest hint yet that their relationship has ended in premium tears.

On her Instastories, she suggestively posted: “Some things are better left unsaid…which I generally realize right after I have said them”.