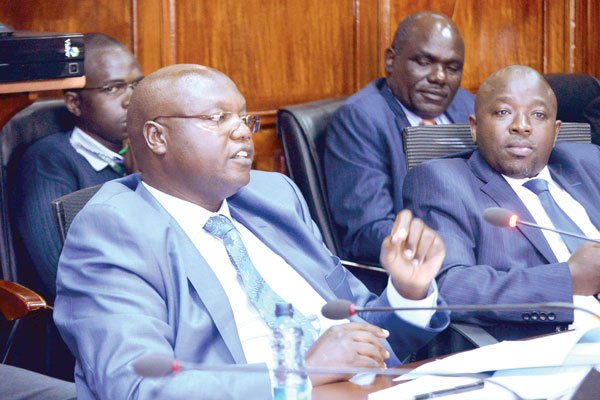 Investigators from the Muthaiga Police are now on the spot, after failing to arrest lawyer Albert Ondieki Mokono, even after we exclusively ran an article detailing his land fraud and criminal activities. This is despite tracking him and knowing his movements and whereabouts.

We are now calling on Director of Criminal Investigations Ndegwa Muhoro and Director of Public Prosecutions Keriako Tobiko to personally intervene and reassign the matter to other officers who will diligently execute their mandate, for the sake of justice.

With over Kshs. 50 Million in disposable income, accrued from defrauding Kenyans through dubious land schemes, Albert Ondieki has been bragging to his friends on how he paid off Muthaiga Police Investigating Officers with Kshs. 2 Million to go quiet on the matter.

According to Albert Ondieki, he has also bribed the Law Society of Kenya to turn a blind eye on the numerous complaints levelled against him by members of the public, and may not be disciplined.

This shows you the extent of the rot in the Directorate of Criminal Investigations, where the people you go seeking for help from, use your case to extort money.
The Kenya Police have become like mainstream media journalists. When you call a journalist from any of the top media houses in Kenya seeking to expose a scandal, they telephone the protagonists in the case under the pretext of “seeking clarification”, only to use the matter to extort money so as to block the story from airing.
Would you like to get published on this Popular Blog? You can now email Cyprian Nyakundi any breaking news, Exposes, story ideas, human interest articles or interesting videos on: [email protected] Videos and pictures can be sent to +254 710 280 973 on WhatsApp, Signal and Telegram.