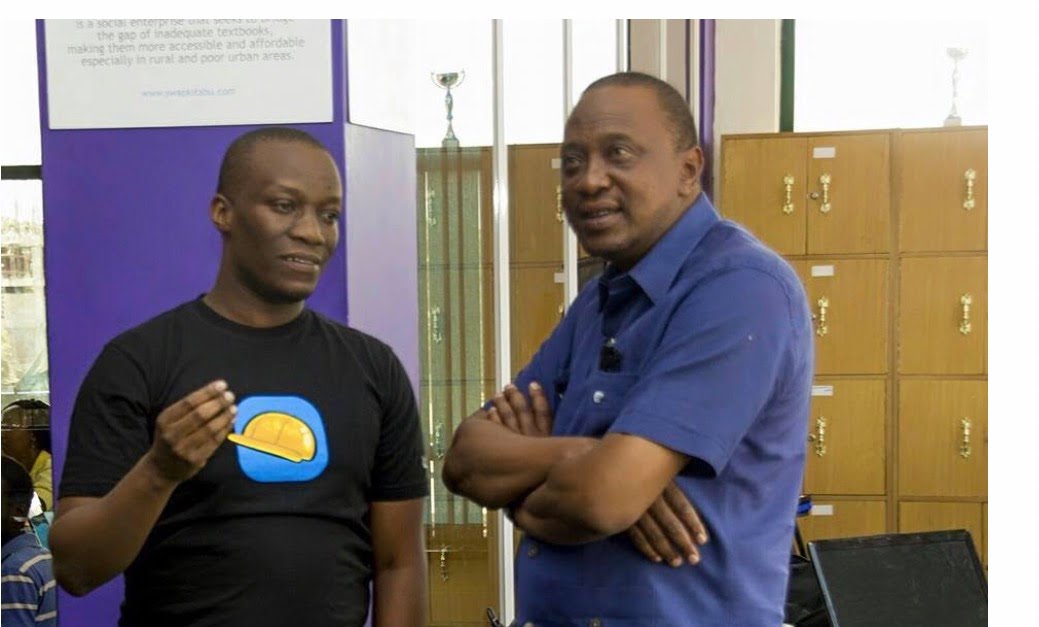 CAPTION: Sam Gichuru here pictured with President Uhuru Kenyatta. He has been shedding crocodile tears of the death of a techie in an Ethiopian jail.

The Kenyan “techie” community is shedding crocodile tears after letting one of their colleagues rot and die in an Ethiopian prison.

Being that techies in Kenya sold their democratic right to protest, after Uhuru Kenyatta visited them at their offices at ihub, now the same wankers are pretending to be concerned about this death.

Sam Gichuru wrote a long hypocritical post on his Facebook page, yet we never saw the piece of shit launch a campaign to call for the release of the individual known as “Zak” .

Gichuru whose rise to fame came after bribing Larry Madowo for successive appearances on his third-rate show “The Trend” , is actually vague in his post, refusing to divulge full details like the name of the individual and the company he worked for.

Obviously Gichuru doesn’t want to ruffle feathers and threaten his relationship with the status-quo establishment.

However it is wrong for him and other Twitter wannabes to feign sympathy because they never said anything during his hour of need. Unlike real patriots like Wanjeri Nderu who has tirelessly called for the release of Kenyans illegally-detained in South Sudan, Gichuru and his so-called “techies” remained mum. 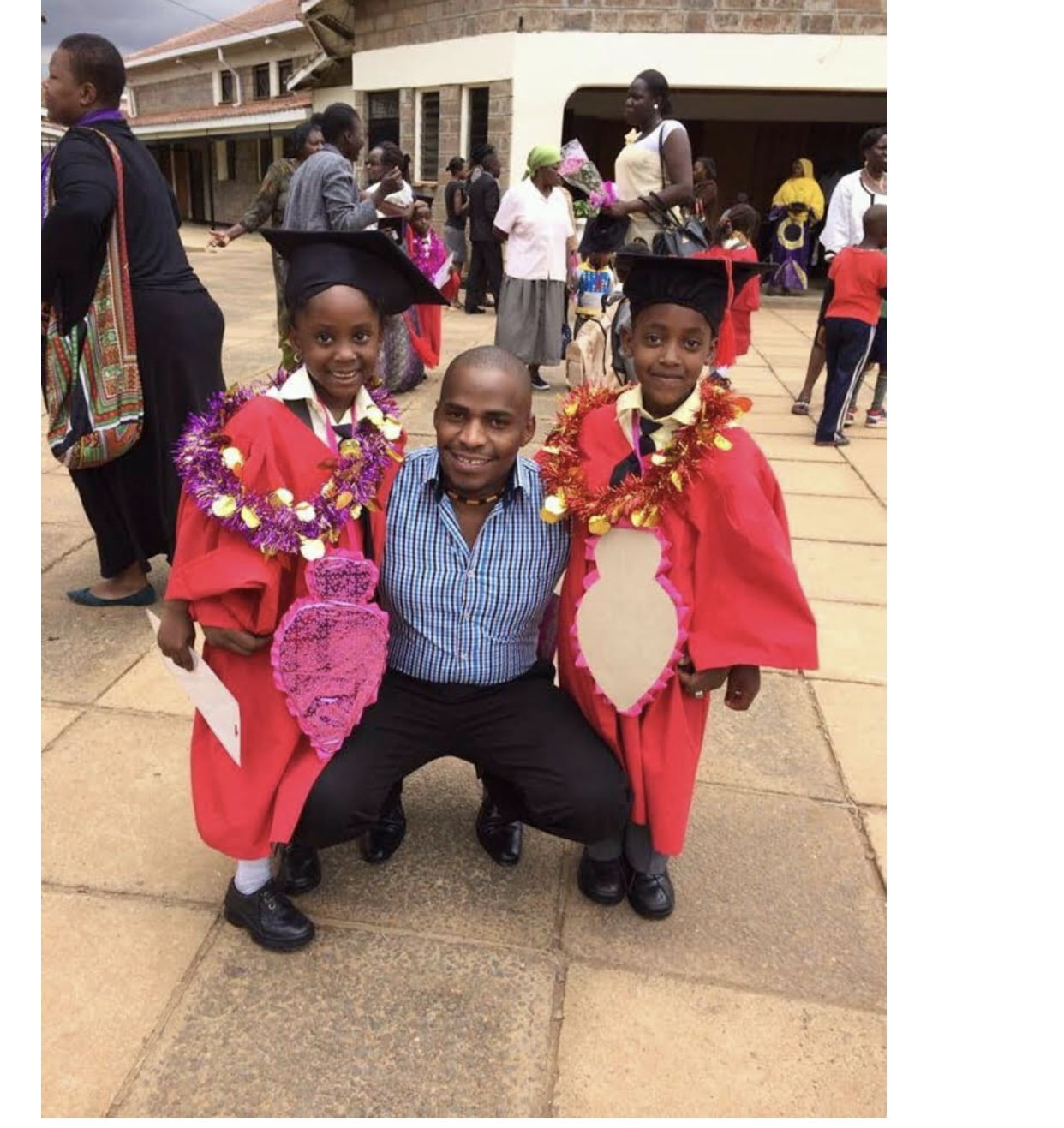 CAPTION: Zak Muriuki who died in an Ethiopian jail. The Kenyan ambassador to Ethiopia needs to be recalled and jailed

These techies have been judging us bloggers from their moral high-ground, for our constant online activism, and even manipulated organisations like Bloggers Association of Kenya (BAKE) to disregard our views, whilst planting impostors that are clueless on what blogging entails.

Sam Gichuru shame on you! Go back to drinking wine with Caroline Mutoko. You’re a fake bastard who shouldn’t even purport to be the face of the new Kenya. Your fear of ruffling feathers so as to benefit from all sides of the ideological-divide is evident.

We the young people are charting a new course for Kenya destiny. And we don’t want people who are tainted with the strain of anti-intellectualism that has choked the creative space of corporate Kenya. 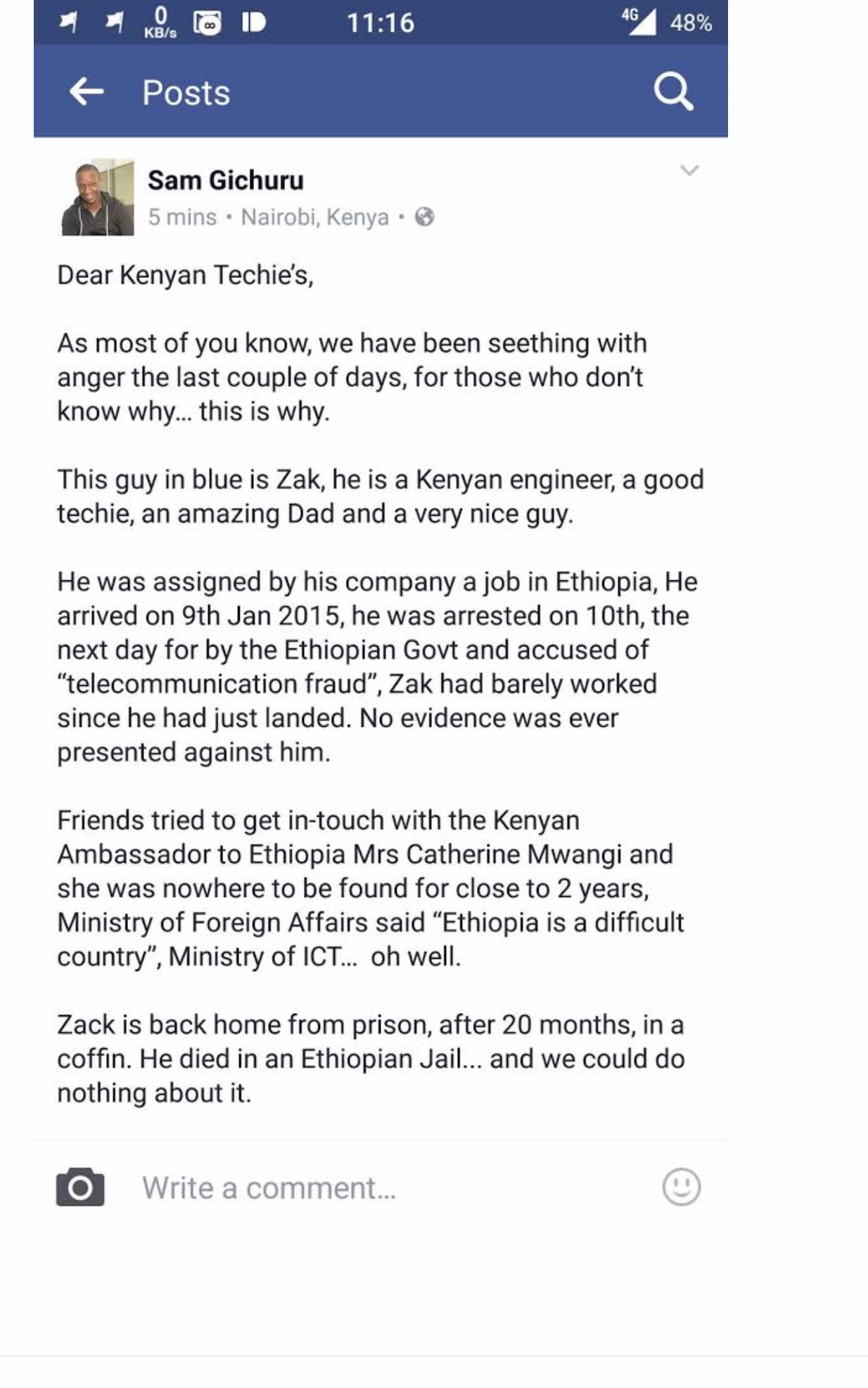