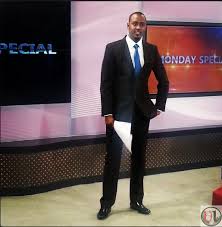 Hussein Mohamed Yawa . Today , I keenly watched ‪#‎TheBigQuestion‬Interview By Hussein Mohamed and I am a disappointed Kenyan. Hussein says that many Kenyans are opposed to the Teachers strike demanding that they be given their pay hike and the timing is wrong . Hussein then went ahead to read Pro-Government Tweets to Justify his remarks that teachers demands are not genuine .He then added that teachers should think about Students who are about to do their national exams.
Dear Kenyans, Hussein was probably sent by the poachers of men . He never even read a single Tweet supporting the Plight of Teachers because there is this hashtag ‪#‎PayTeachers‬ that has been trending on Twitter the whole day . How Hussein sieved through Twitter to get Pro-Government Tweets has raised eyebrows.
At the end of the day, nobody can spin this. Hussein should tell his masters that things are tough . The teachers must be paid , they have suffered for long . .