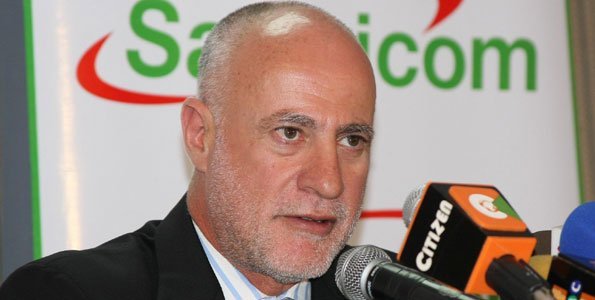 Safaricom PLC recently appointed a Chief Executive Officer (CEO) who will come in on 1st April 2020.

The Kenyan, Peter Ndegwa, is the first local to head the giant telco which is best known for high prices, business based on conmanship.

It doesn’t require rocket science to know that the Telco, which now will be having a Kenyan =at the helm and who will start on April Fools Day is signs of the great heists to come.

In the past, there were some great Kenyan companies such as Kenya Railways, Mumias Sugar, Kenya Airways, Kenatco etc, but all these have been brought to their knees, by the inglorious bastards mostly emanating from Mount Kenya.

I don’t mean to say that Safaricom has been a clean company, nope, the data breeches, the theft were alive but in minimal quantities during the tenure of one of British born Bob Collymore.

Today, there was a third system glitch, where some people have reported to have gotten crazy data bndles almost for free.

They won't take your money, they always take their bundles if they have to. Hii ni kama heist ya kumi Safaricom

If you are keen enough, one thing about Kenyans is that over the past 56 years we’ve been conditioned to live by the ‘it is our time to eat’ mantra.

We’ve failed our country, our institutions don’t work and we don’t seem to know what to do to correct this anomaly. However, it seems the ruling class knows what to do: pitting us against each other,

Its seems like after years of keeping ‘the thieving Kenyans’ at bay, their reign is now beginning at one of the East Africa’s most profitable companies. Thanks to Mr. 10 per cent, Michael Joseph, who was rewarded with a ranch and another job In Kenya as KQ Board Chairperson after his first stint at Safaricom.

The Kenya Railways, Kenya Airways, Uchumi Supermarkets, Kenatco fall began this way. This is the beginning of the end for Safaricom. 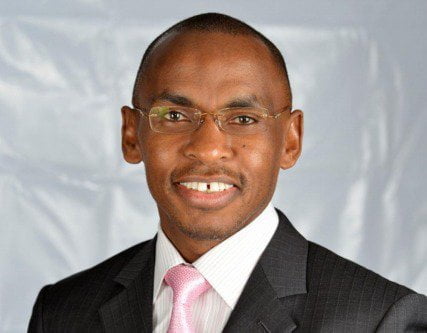 Bob Collymore, immediate former Safaricom CEO died abruptly in July. Since then, there have been curious happenings at Safaricom.

First, the data bundles system has had numerous problems in the past one week. Subscribers had a hard time accessing internet sites.

Hey @Safaricom_Care are your systems down?? Quick to eat my airtime to overlap on data, but your USSD to purchase said data is NOT working. Ugh! What is the issue now?

Secondly, call drop rate has gone up. Is Safaricom trying to sabotage the Airtel-Telkom merger by flexing its muscle that it runs a bigger chunk of the economy?

Thirdly, banking fraud involving Safaricom lines have increased, the prisoners at Kamiti Maximum have also devises a new way of conning Kenyans that must have the blessing of Safaricom staff to pull.

So, the phone trickery that was happening yesterday and how some folk got their numbers stolen… this is how one variation goes down:
Someone from Kamiti Customer Care calls you on a non-official Safaricom line, and your guards are up of course, and they know.

Fourthly, there is just a gut feeling that things will not be right at the end of this years at Safaricom. If we had cases of fraud at the Telco Giant, then maybe just maybe that has increased; taking advantage of the transition period.

Also, Michael Joseph, who is the current CEO, has been ‘Kenyanised’, he’s been in glbed with government for quite sometime now and ‘of you climb the iroko tree a second time, who would be more foolish not to come down with all the forehood one needs?’

What I see is just an appointment of a man who can sell private data to government more than Bob Collymore ever did.

What I see is a man trying to prove himself to the Kenyan olygarchs and that means parting with bribes, holding compromising positions on got topics and above all sell data for a good fee.

What do you think? Tell us in the comments section.