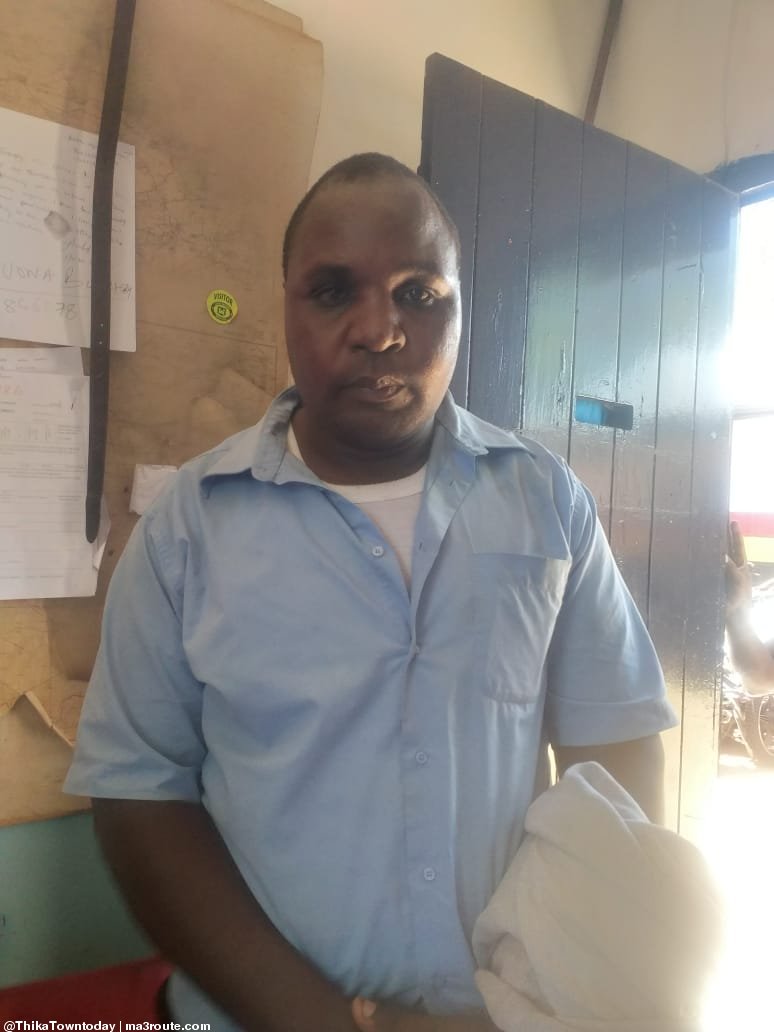 A notorious city driver who was caught totally disregarding road rules on camera is now cooling his heels in the cells after the long arm of the law finally caught up with him.

In a video that did rounds on social media Saturday morning, the driver of a public service vehicle KCK 114P plying the Marurui route in Thika was reported to have been involved in a hit and run incident where he knocked and broke the windscreen of a saloon car in broad daylight.

Apart from his total disregard of road rules, the man who is yet to be identified was also extremely rude to his victims and expressed no sort of remorse for his actions.

He can be heard boldly declaring that he would not foot any of the costs incurred as a result of his careless driving.

“Sitagharamia! Sitagharamia!” he shouts at one of the passengers recording him from the saloon car, shortly before arrogantly knocking the vehicle again and even attempts to break one of its side mirrors with his swinging arm. 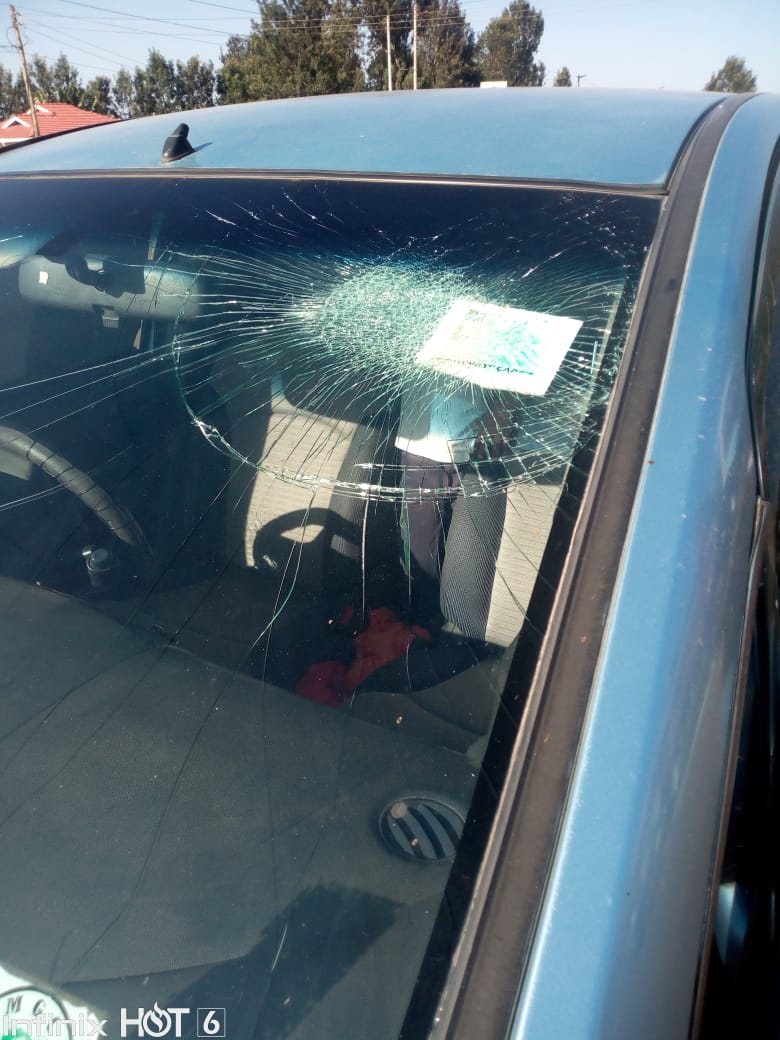 Moments after the clip went viral, news emerged that the perpetrator had finally been arrested and thrown into the cells in one of the police stations in Thika.

Unlike his previous egoistic and overbearing character when he committed the crime, the driver seemed to have swallowed the humble pie under the hands of the law; which was a rather satisfying view for netizens who had spent hours calling for justice to be served.

Check out what some of them had to say below… 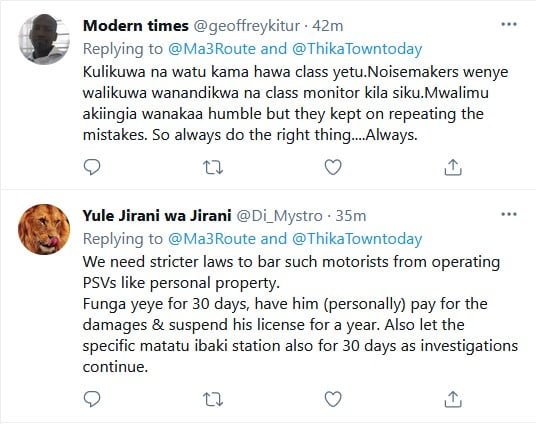 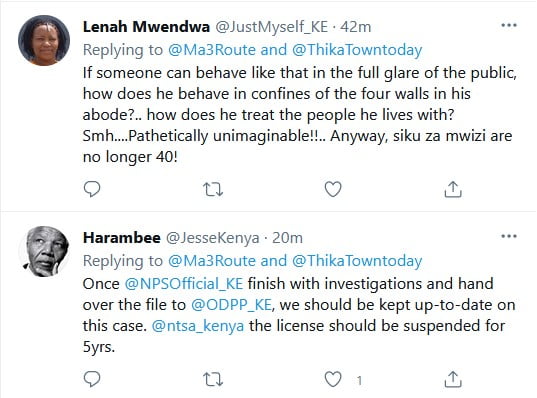 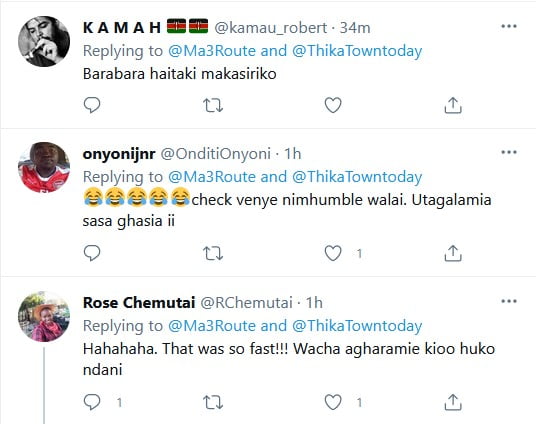 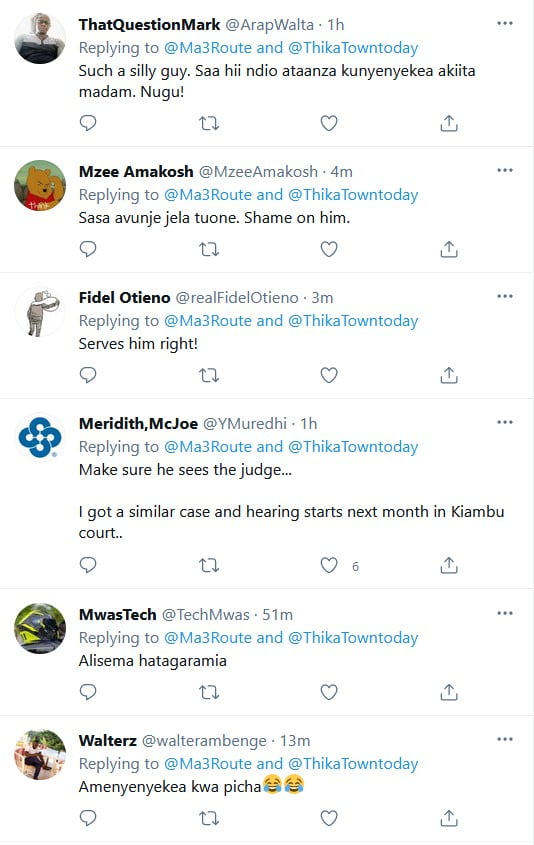 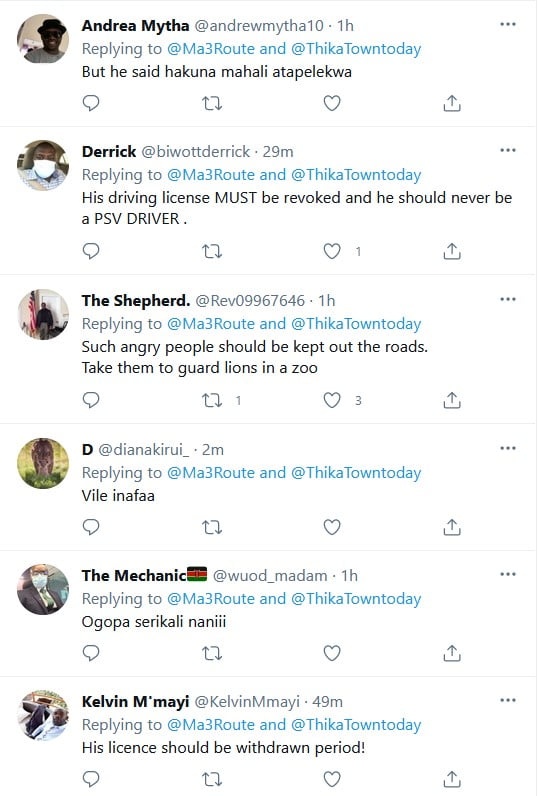