The ongoing Blue Conference in Nairobi has been the talk of town this week. From heavy traffic in the city, to Nairobi Governor Mike Sonko using American slang.

There was a huge uproar online after posters displaying different government officials were put up at the conference venue and now a keen Kenyan who took a photo of one of the posters has fueled the uproar even further.

In one of the posters, Kisii Senator Sam Ongeri is displayed as Migori Senator. The most interesting part is his poster is right next to the actual Migori Senator Ochilo Ayacko. 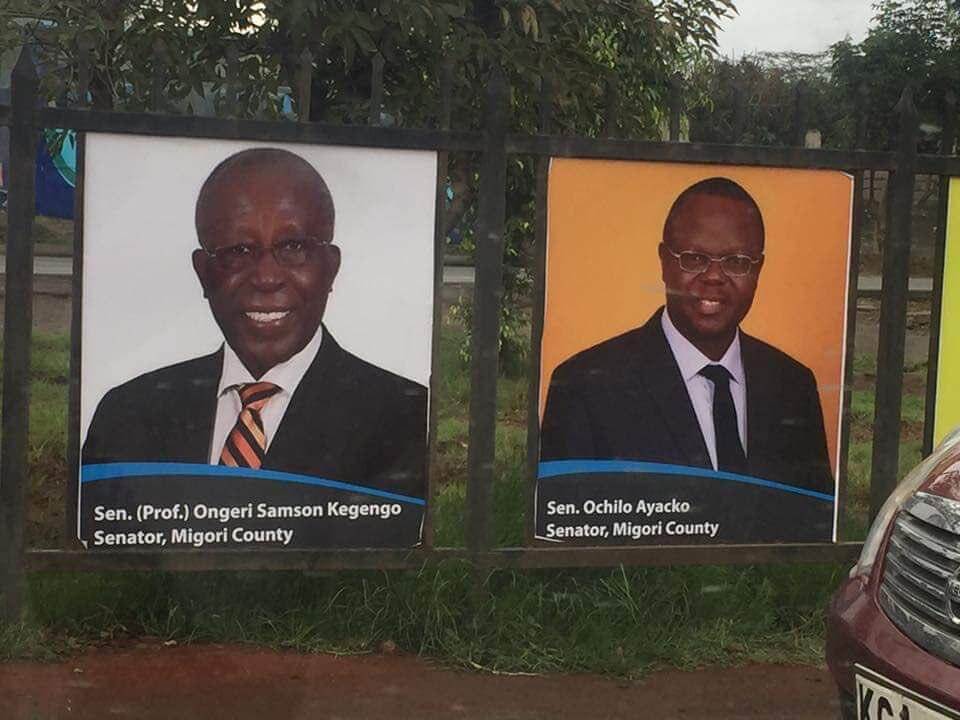 Whoever was given this tender was clearly just after the money and not quality service delivery. This has become the norm with government tenders in this country where crooks are given contracts worth billions of shillings and end up giving very low quality results.

Kenyans now demand to know who was in charge of the project so they can shame him.