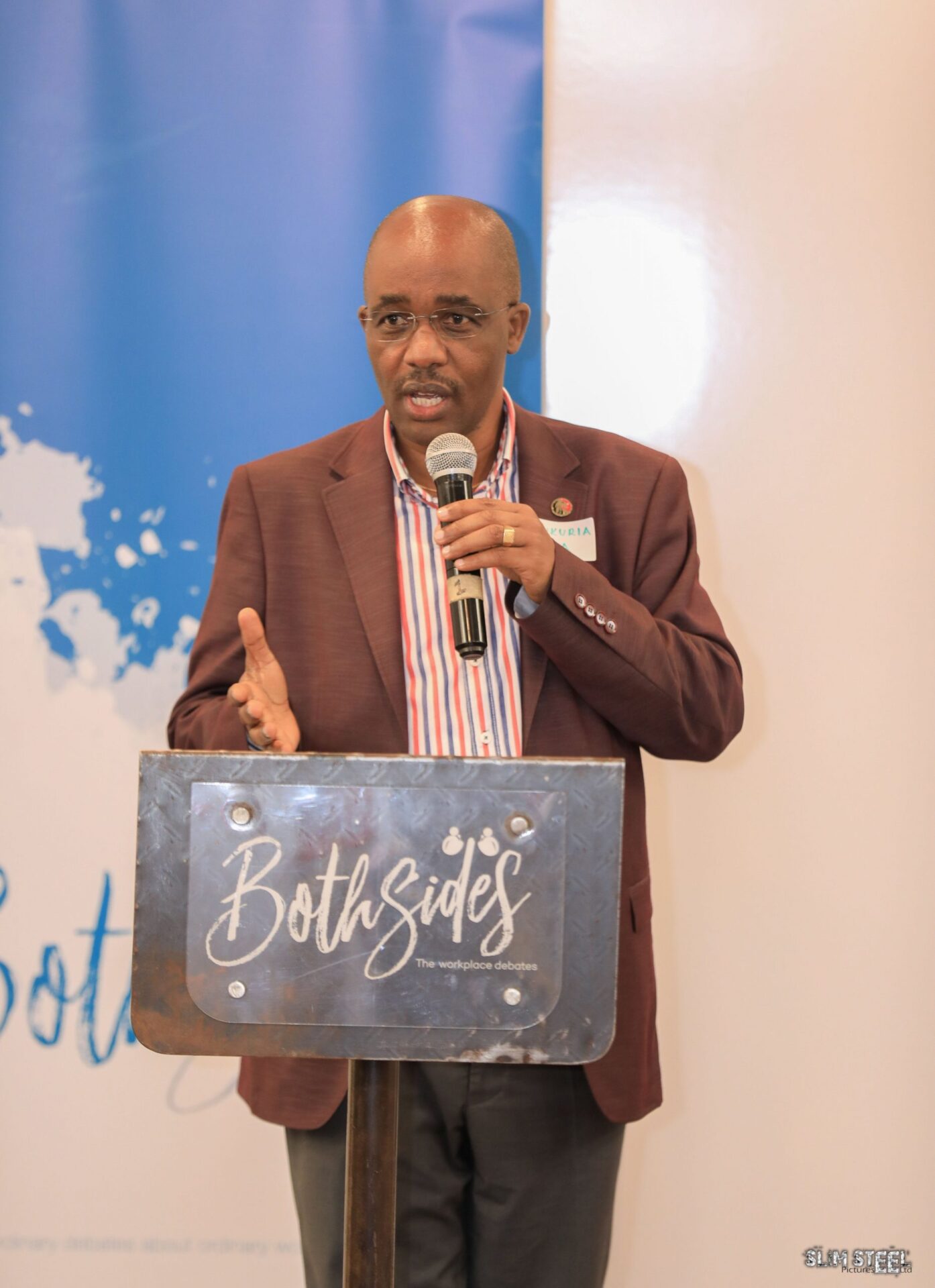 The Deputy Commissioner HR of KRA is incompetent but has been kept on the job by his uncle the former Commissioner-General.

He was just brought to KRA to strategically remove and witch-hunt his very competent predecessor who had done nothing wrong but was just a victim of tribalism in KRA.

What she, Rachel Monyoncho achieved for the organisation for the few months she was in KRA will take the current incompetent Deputy Commissioner of HR, 7 years to achieve.  He treats people in KRA as if KRA is his family property.

Mukuriah fights junior employees for reasons known to himself.

Not long ago, an employee asked for a transfer for genuine health reasons which he was well aware of. Transfers are not usually handled by him but by one of his deputies. He made sure that he intercepted the employee’s letter requesting to be transferred, so as to frustrate the said staff.

One of his deputies in charge of welfare arranged for a meeting with the HR and the employee.  What followed was very pathetic and unprofessional, his door was wide open and we heard all that transpired in the office in disbelief that a Human Resources Director can handle anyone so inhumanely, personally and unprofessionally.

The reply to everything the officer tried to say professionally and respectfully, the HR replied, “I don’t care. The only place I can take you is home”.

The employee had done nothing wrong and we heard the employee saying that anyone should be addressed in writing in case of any wrong doing and if there was anything like that, the employee would have been addressed and that hadn’t happened. He just kept on responding is “I don’t care”.

This man is very petty as we never heard him utter a single official or professional word.

Unfortunately, the employee was a contract staff and after this meeting the employee was maliciously not assigned any duties and was paid each month’s salary for 4 months while HR guy waited for the contract to expire so as not to renew it.

READ: The new gangsterism at the Kenya Revenue Authority that is ripping companies off

It is a shame for a whole senior manager fighting a very junior employee for reasons known to himself!!!

About the recent saga where employees who have been on contract for as long as 7 years and not confirmed, he himself removed some names on the confirmation list for others known to him to be confirmed. Even those with lower than 90% and have served less than 2 years have been confirmed. The auditors should check this.  It is unfortunate that the employees’ confirmations can be based on 2 years work and not 7 years work where they have been performing and generating revenue for the government.

Kenyans should know that KRA is just a user of human resources. Whoever came up with this kind of unreasonable decision is VERY WICKED. KRA is a very dirty organization full of perpetrators of evil, witch hunters and tribalists.

Irony of missed revenue collection targets but 100 per cent perfomance

Lastly, targets are not even being met because we are spending most of the time doing performance contracting, appraisals and validations FORGETTING TIMELINES TO SERVE TAXPAYERS.

Taxpayers are very frustrated and no one cares.

Service delivery has deteriorated but the relevant managers often score themselves 100%. What an irony?

Taxpayers are even begging for their issues to be resolved so as to comply in tax payments. In some instances, taxpayers suffer for mistakes made by KRA itself and KRA takes unreasonably very long time, even as long as years, to rectify their own mistakes.

The real performance lies with the feedback of the taxpayers and targets met.

In the real sense, an employee’s manager cannot achieve a score of let’s say 100% and an employee below him gets 70%, it’s all wrapped together, because how would the manager score very high if the employee under him scored low in identical perspectives?

This doesn’t add up. KRA values include trustworthy and ethical but to be honest this is just on record but it’s not what is practised in KRA at all. These 2 values DO NOT EXIST IN KRA and should just be removed from KRA’s list of values.

The management of KRA should style up!