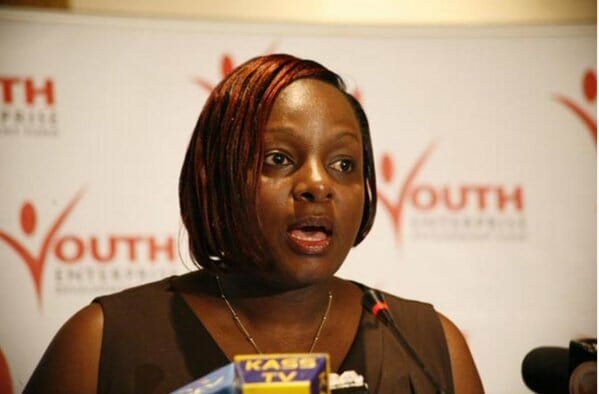 It seems the NYS scandal is not yet Over. Just the other day, NYS officials failed to explain how they spent 45 Billion  raising questions and serious criticism from Kenyans . The  Youth enterprise fund has been having controversies instead of helping the youth .

Namuye was suspended after the Banking Fraud Unit discovered suspicious transfer of funds from the Fund’s account between February and April this year.

Between KES 180 and 200 million has so far been transferred to Quondum Ltd using forged documents according to investigators .

It is alleged that this led to panic because she was acting for proxies who feared  she would expose them . The proxies put a lot of pressure and Namuye was suspended Via Text message.

Many Kenyans have asked MYRIAD questions as to what the Youth Fund has done to uplift the Lives of the struggling youth . Are these projects there to benefit a few individuals ?

Take a look at this Letter 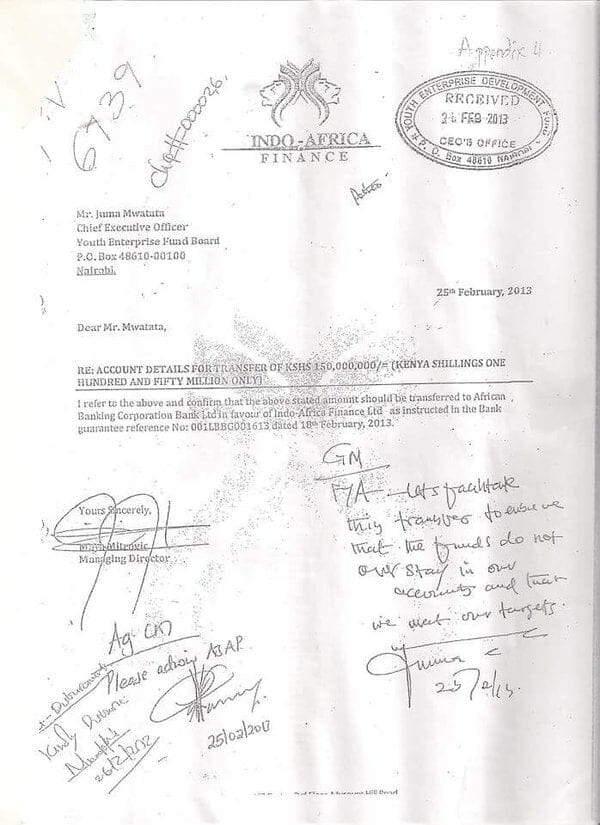