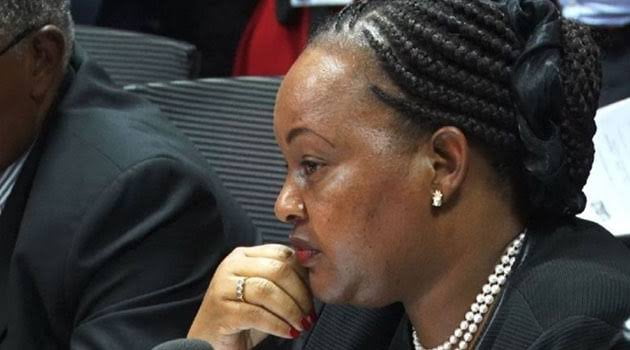 What next for Anne?

This evening, it has been confirmed that a special committee will investigate allegations by Kirinyaga County Assembly that led to impeachment of Governor Anne Waiguru.

In the session that kicked off late Tuesday afternoon, senators voted in favour of having an 11-member team to hear the impeachment motion against the besieged Kirinyaga county boss.

The governor, despite silent support from some of the top dogs in the Kenyan political field, seems to have left her fate to God.

Asked to respond on the enormity of the matter to be debated in the Senate, Waiguru Waiguru only had two words: Mungu mbele (God first).

Despite the sword of Damocles hanging over her head, she still hope that her vast political connections will come to her much needed rescue.

While the Kieleweke faction of the Senate that supports President Kenyatta, ODM leader Raila Odinga and the BBI are reportedly fighting to save the county boss, those allied to Deputy President William Ruto want her out of office.

Waiguru is set to face an enormous hurdle in the divided Jubilee-dominated Senate, which is fighting to control her impeachment process.