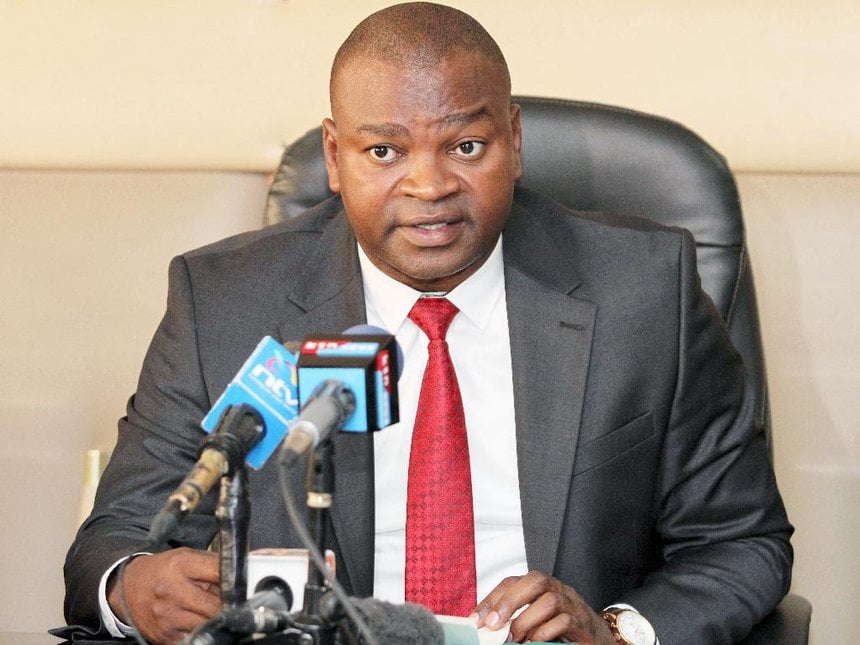 On Wednesday, top three sleuths in the country visited state house where they unanimously prevailed upon the president to crack the whip on the CS due to criminal activities surrounding him.

Director of Criminal Investigations (DCI) George Kinoti, Director of Public Prosecutions (DPP) Noordin Haji and EACC boss Twalib Mbarak visited the head of state at state house to record a statement whose name had been mentioned in a conning deal where a businessman Sameer Africa chairman Naushad Merali is said to have lost Sh 10 million.

The top investigators told Uhuru that the sports minister was deeply involved in the saga and made a suggestion of his arrest.

Echesa has been linked to fake money in the range of dollars to other currencies recovered when detectives stormed one of the Merali case suspect’s house.

The trio made a recommendation that to dismantle the network where fake currency are being circulated by people using the president’s name to con others, Echesa who is reportedly the ringleader had then to be contained.