After our hard-hitting warning to the Kenyatta family, that they are tempting fate in their continued blindness to the plight of Kenyans, the family did what they are fond of; playing the victim.

It is laughable that Mama Ngina once calmed down her farmworkers by claiming she ‘is a widow’ and as such the workers should not demand much from her.

The article, you can click here to read, strike at the heart of the establishment.

For a family that has used so much media power to stay out of the corruption mentions, the Kenyattas seem to be running out of oprions.

They were pressuring some Cabinet Secretary to pull out our articles, not knowing that that is not possible, not unless they shut down the whole internet in Kenya.

The first thing they did after the article, and I knew it, was to publish some old story that often brings them some pity.

READ: Tempting Fate: The End Of The Kenyattas Seems Nigh

See, having been born in a corrupt Kenya, the Kenya Broadcasting Corporation every Saturday fed us with some kind of Kenyatta praise songs, and on Kenyatta day and such Kenyan holidays, our ears were sore from listening to the ‘woi, woi. Woi woi, tunataka Kenyatta aachiliwe’.

Being an adult now and looking back, these history lessons were unnecessary, however, it was not unnecessary for a family that teach Kenyans from 4 years old that they are the ones who fought for independence and that Kenyatta liberated Kenyans.

So, in classic fashion, the first family-sponsored some articles the local dailies, The Daily Nation and The Star Newspaper, The Standard and the blog Kenyans.co.ke (there are others which we can’t waste our space and mentioning)

In their websites, the story of how Kenyatta clan suffered in the period after his death (The Standard), another story that was carried in order to throw us off and feel pity for the family was that of a planned Presidential memorial foundation or library (the daily nation), translation of Kenyatta’s Kikuyu rhetorical book (The Star), Kenyans blog covered a praise of the first Kenyan president with the title ‘Jomo Kenyatta’s peculiar habits. 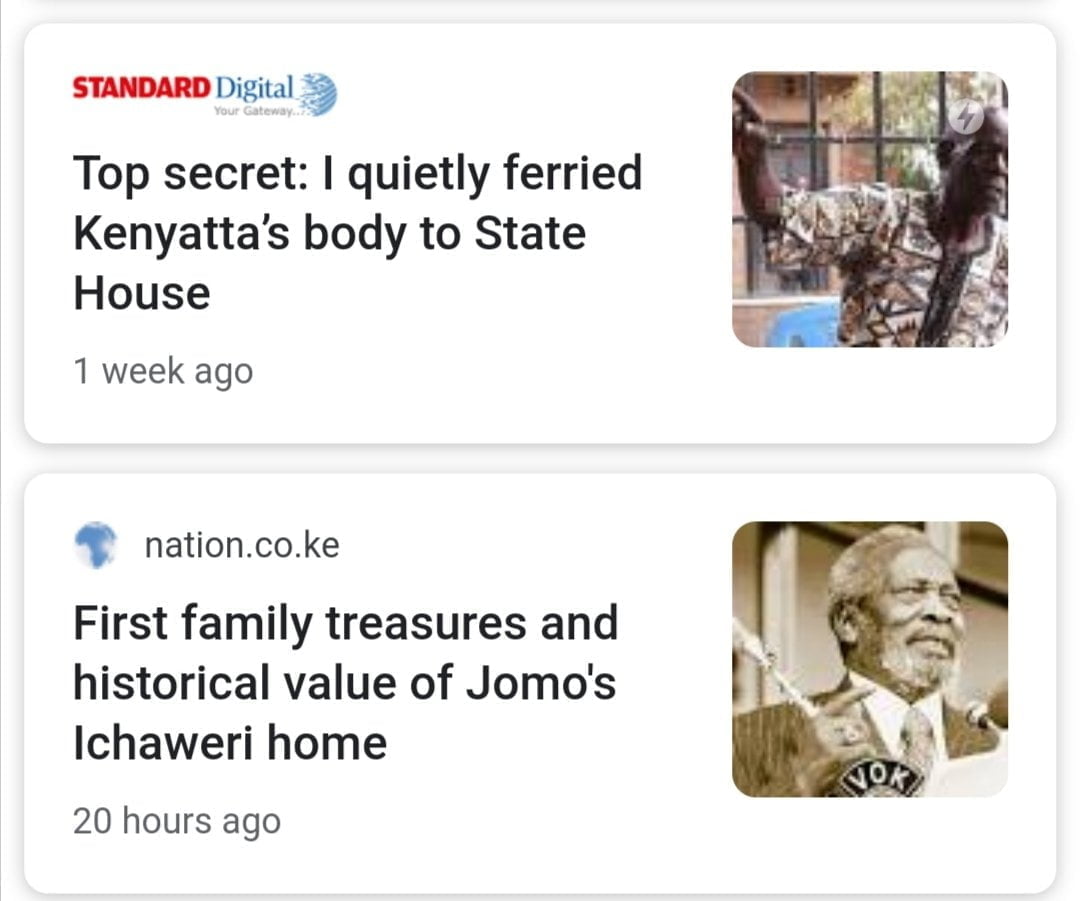 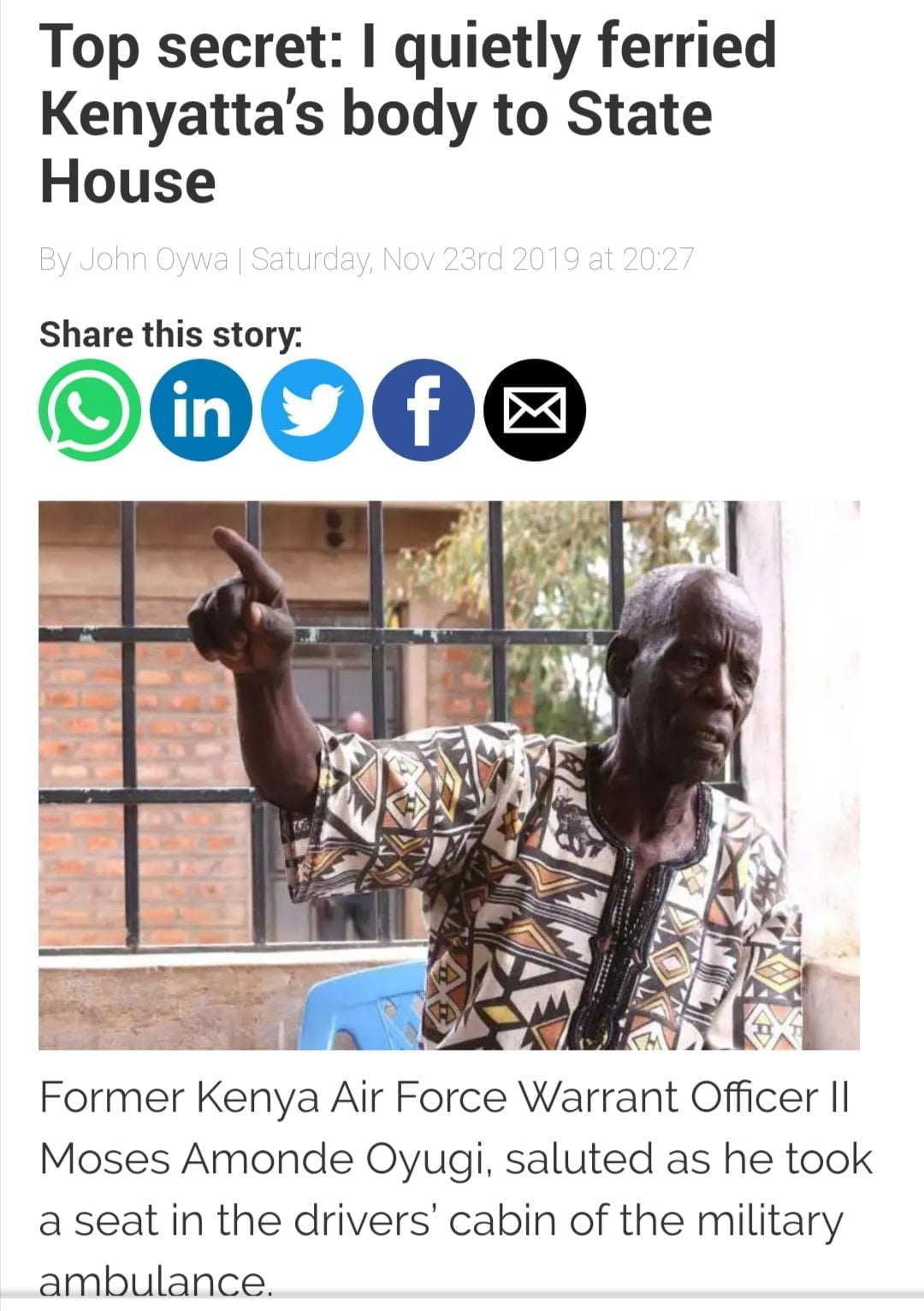 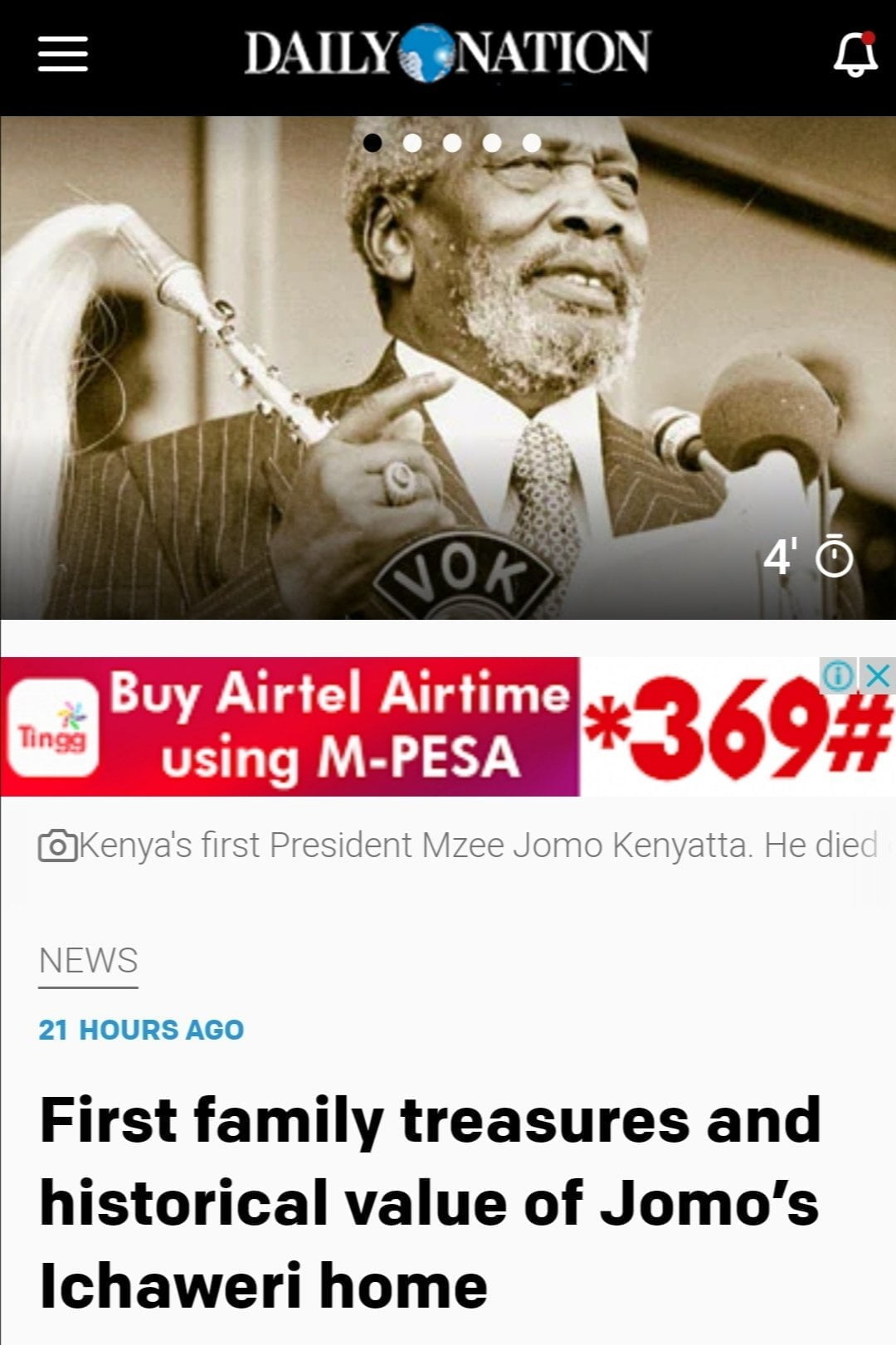 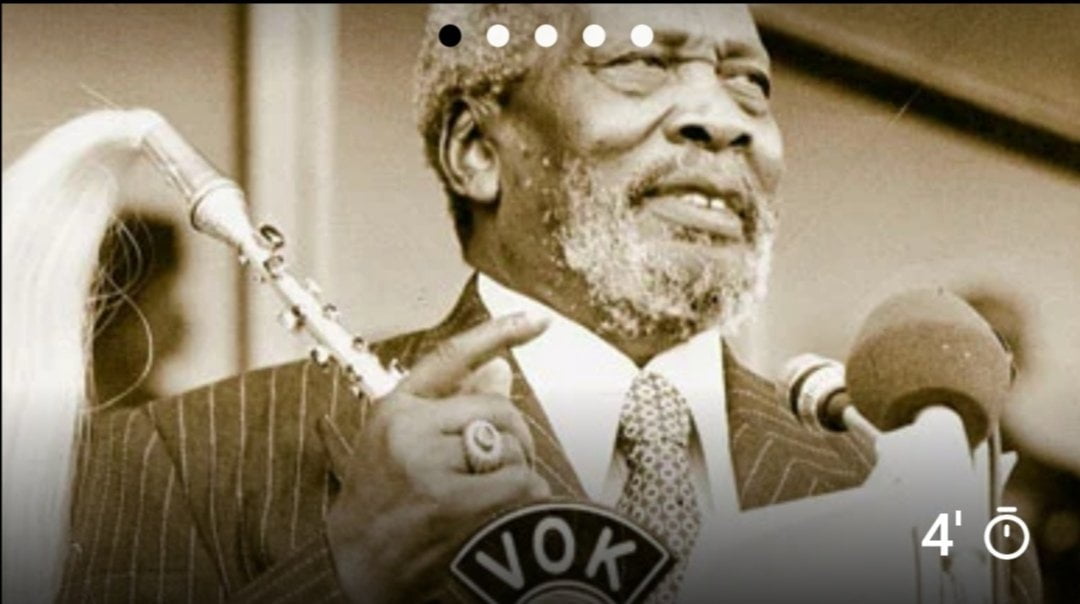 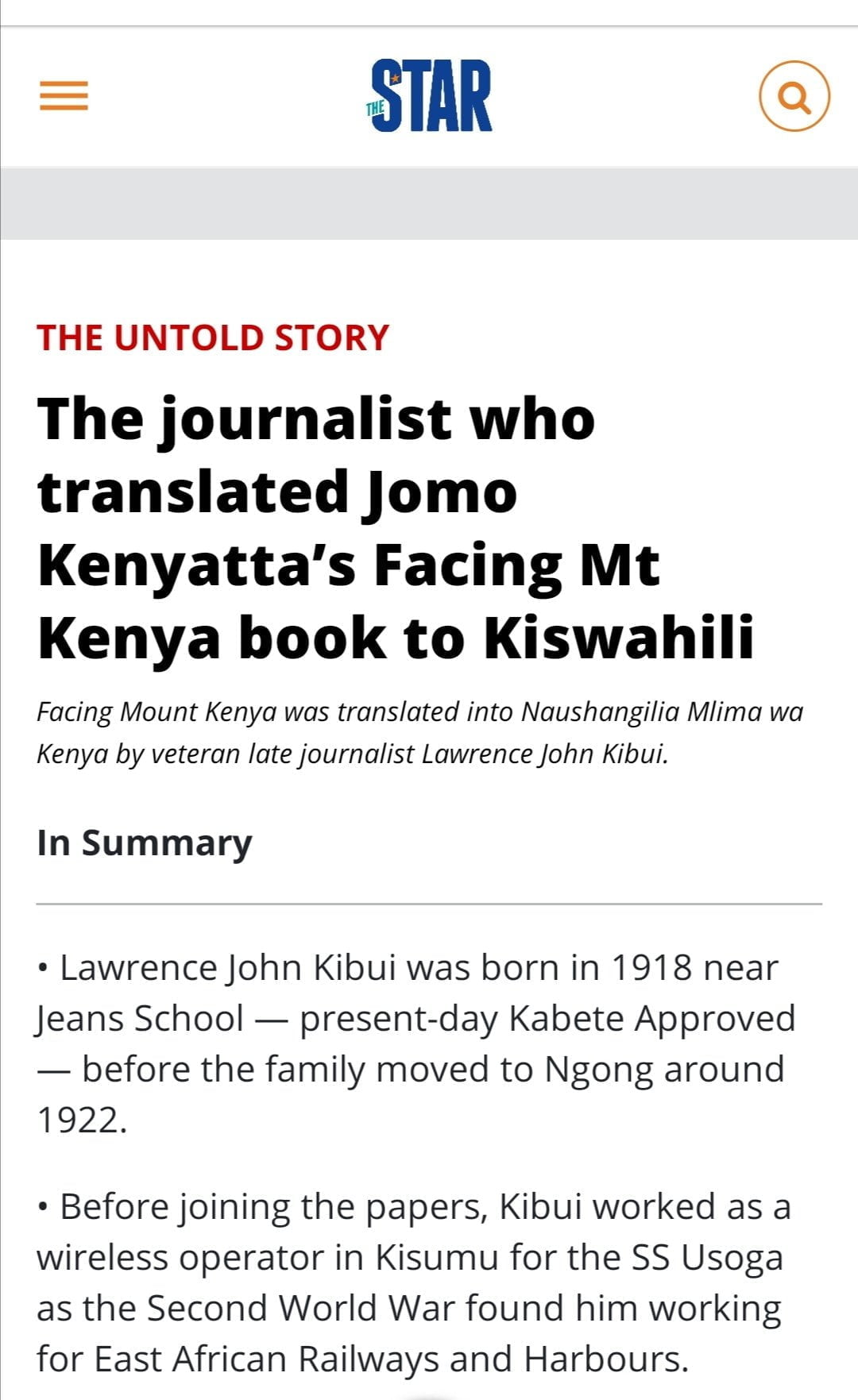 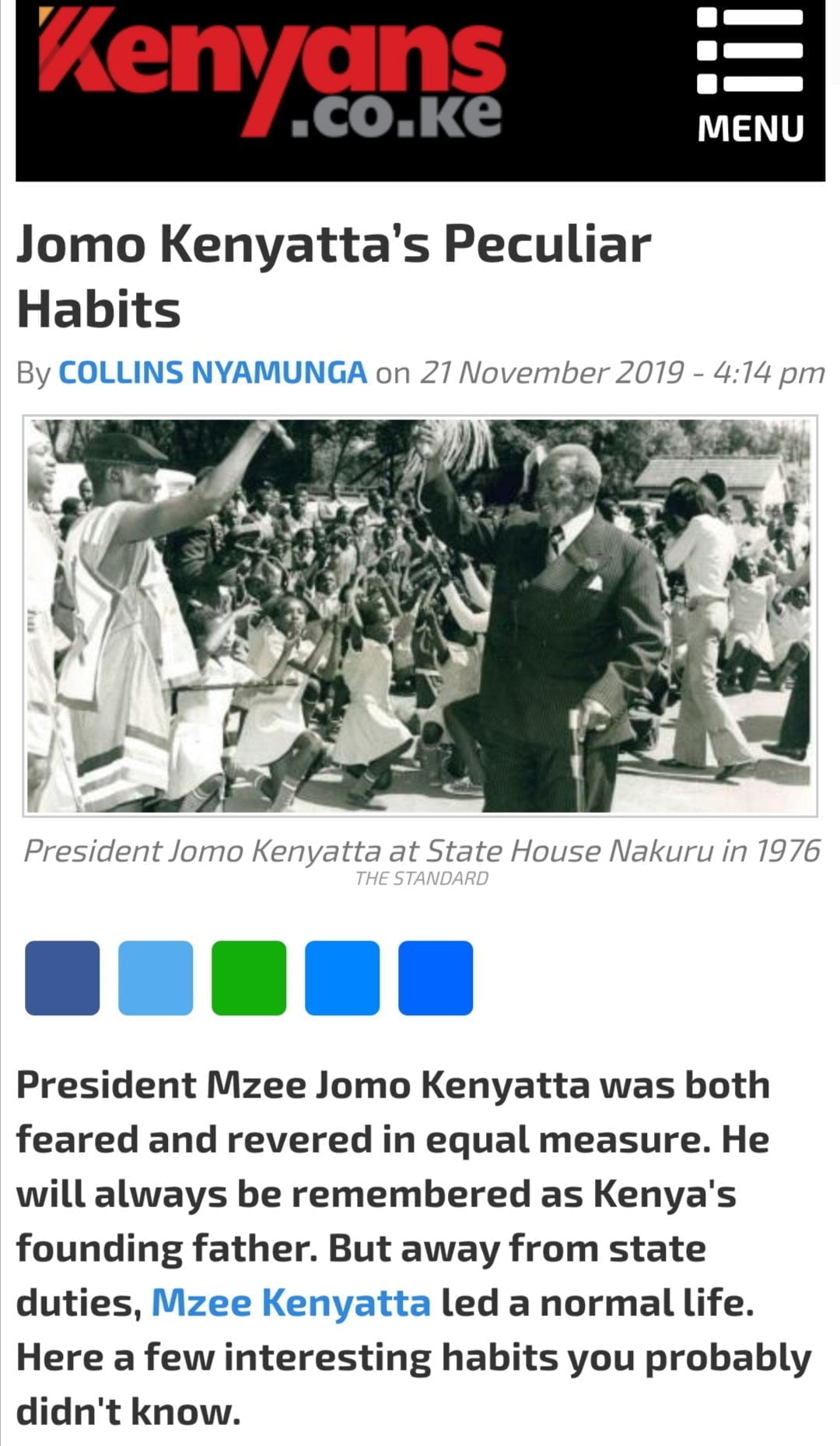 All the ‘laundry’ articles were written after this blog wrote ‘Tempting Fate: The End of The Kenyattas Is Nigh (near)’.

Ladies and gentlemen of Kenya, this is how the Kenyattas have been doing to endear themselves to you for quite a long time and this must be resisted.

It is commendable what the residents of Mombasa under their various lobby groups are calling for the renaming of the newly refurbished Mama Ngina Waterfront.

See, apart from the subtle media PR gimmicks, the Kenyatta name is almost in everything and these as a form of worship has meant that Kenyans ‘love’ the Kenyattas unknowing.

The calls for change

The calls for change in the country is being done by the people, the people are becoming increasingly aware that it is not Raila Odinga who was causing problems, and it is a good thing now that the eyes of people are opening.

This is a great thins because for once, the political class will soon lose the people and things will be ‘you are either with us or not’.

I suggest that if ever Kenyatta and Odinga come to bad terms, then the Odinga should surrender and retire to his rural Bondo and let the people see to it what their true enemies are.

Let Kenyans confront their many problems, picket, demonstrate peacefully and ask for changes to be made in the way the country is managed without pointing a figure at an opposition leader.
This will be really exciting.

Anyways, the conversation began and is continuing on social media.

We at Cnyakundi.com do not hate the Kenyattas, we are just speaking truth to power that, at this point in time, a Kenyatta sits at Statehouse, and the way things are going, is not the way they should, and by likening the course the country has taken to that of early 1900 Russia of late 1700 France, we warn that the Kenyattas are tempting fate.

There’ve been many similarities.

The Romanovs of Russia whose end came by their merciless killings by the revolutionaries leaning on the side of the people and the French Monarchy, whose end came at the Guillotines organized by THE PEOPLE.

The Kenyattas have ruled Kenya in both instances like a monarch.

The second similarity is that in both instances, the people have drawn their anger in the way badly things have been managed with the sole purpose of enriching the few who are close to power.

There are no other reasons or similarities to give if one does not seem to note that Kenya seems like early 1900 Russia or late 1700 France.

I tend to believe like Miguna that there’s no amount of workshops or documents or peacebuilding meetings that can save this country other than a complete overhaul of the political class, through a revolution, whether violent, I don’t know but the turnaround must be 360 degrees.

To many Kenyans this looks hard because of the culture of fear inculcated into them by the Special Branch and the killer police units that continue to operate even to this day.

However, there’s something about revolutions, when the time comes, they don’t care who you kill, who you main, you make disappear, when the time has come, the rubber will meet the road and change must come.

When freedom is sought, freedom must be found.

The better thing for the political class to do now is to CHANGE.

If you continue in your myopia, surrounded by big guns, bullets and batons, then one day that one will not even inflict fear on anyone.

Whoever doesn’t listen will be caught unawares. CHANGE WILL COME.

“We live in capitalism. Its power seems inescapable. So did the divine right of kings. Any human power can be resisted and changed by human beings … The name of our beautiful reward is not profit. Its name is freedom.” ― Ursula K. Le Guin