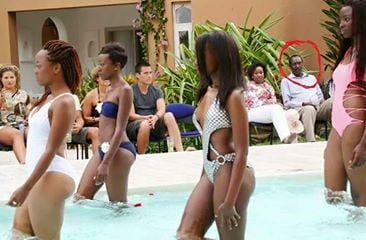 One year ago, I did an article on Nyakundi’s  site . The well detailed article raised many issues concerning the KQ operations and Looting . Sadly, KQ Management paid some Adolescent Journalists who  branded me a rumor Monger and Self loathing Nigga. Some Journalists received Brown envelopes to Kill the story but no matter  how long it takes, the truth will always emerge Victorious .

They have said KQ made 25 . ..Something in Losses but My sources have confirmed the Losses may be  30 BN  Plus . Shocked ? What debate  are you expecting ? We expect to see the images of people who looted KQ in all media houses if indeed the media cares for Poor Kenyans .

Sadly, the Media elites that Killed the KQ story when we raised eyebrows  are now yapping and debating stupid things like ” Should we Bailout KQ ? ” This is being debated before we talk about  people who looted KQ and what their punishment should be . They arent telling Kenyans that Naikuni and his girlfriend looted KQ …Their major concern is Bailing out KQ .

In fact the same thing happened with Uchumi . We bailed them out before jailing the thieves and now the Retail is sick . Just go to any Uchumi Supermarket …Their shelves are empty . Why ? You ask …Because the agents of greed are looting . After all nothing will happen, no consequences for stealing  .

We should be demanding for the Arrest of Naikuni. He has all answers on what happened at KQ . He will help us trace where the Loot was invested . The loot will be re-possessed and used as bailout . This is not science folks .

In the meantime, the debate should not be focused on bailing out KQ but exposing the people responsible for the losses, Discussing how we can stop such cases in future and always asking the hard questions . I hope our adolescent journalists will open their eyes  before it is too late

Kevin Otieno is a CNYAKUNDI.COM Contributor