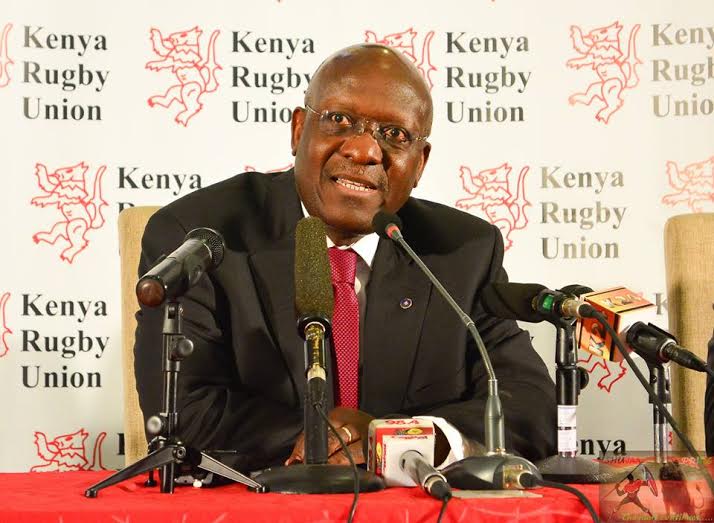 Of late, we have improved our editorial offering, with the sole and primary interest of making Kenya a better place for any person to live and thrive. We elected Uhuru Kenyatta on that sole premise, but he has backtracked on his mandate and opted to use his position to enrich his mother and friends. To that end, our social-contract with him elapsed.

As we have said severally, the Cyprian Nyakundi blog is different from the brand of activism-without-result that has been offered by Boniface Mwangi, Ory Okolloh and Robert Alai. We’d hate to be two-faced individuals like those ones. We want to provide opportunity to anyone with a story to share it. We promise you that it will be published. It would be self-defeatist to run social media on the same standards as mainstream media.

As we broaden our sporting theme, we hereby unmask Richard Omwela. We always caution individuals to be wary of characters who talk a good game, and act as if God made the earth for them. These characters who bribe journalists for favourable reporting are the biggest enemies of Kenya.

Walk with us in this journey. Let’s change Kenya.

Kenya Rugby Union has had a long-running sponsorship deal with Kenya Airways (KQ) for the sponsorship of the National 7-a-side team in the International Rugby Board (IRB) 7s circuit. It has been one of the most high profile and high visibility teams in Kenya rivalled only by the National Athletics team.

Australia, Dubai, South Africa, New Zealand, USA, Hong Kong, Japan, Scotland, England and Canada are the 10 legs of the IRB circuit and coupled with global TV audiences that appear to grow exponentially, its almost impossible to calculate the value to KQ of this sponsorship.

Late last year, KQ engaged the American turnaround firm of Mckinsey & Company to cobble together a 24 point plan to turn around the fortunes of the Airline.

You can imagine the consternation among the people in the know when one of the first edicts by Mckinsey was to drop the sponsorship (of upwards Kshs. 100million plus tickets and accommodation) for the National 7s Rugby team. It appeared that Mckinsey were just number crunchers who had come with a scalpel to cut out any excess expenditure, especially where value cannot be seen to translate into ticket sales.

Kenya Rugby Union (KRU) Chairman Richard Omwela, who is also a Managing Partner at the law firm Hamilton Harrison and Mathews, always a sharp cookie, saw a wonderful opportunity especially since his longtime friend Dennis Awori had been appointed Chairman at Kenya Airways. Worth to note is Awori’s son is the CEO of Barclays Kenya. We will get to him in a later edition.

One of the other edicts by Mckinsey was that KQ could no longer afford to purchase 3 Boeing 787 aircraft (as had been planned and ordered by the infamous project Mawingu by the thief Titus Naikuni) and they had to enter a purchase and lease-back agreement with Dublin based AWAS who would purchase the aircraft and lease them to KQ. Each plane costs 20B!

Enter Richard Omwela with his HHM law firm who got the huge contract to act as legal advisor on this transaction plus the deal where KQ would sell-off several Boeing 777-200 ER to Omni Air International. The fee notes for this transaction advice must be worth 10s of millions of shillings.

In the end, Rugby (as with all sports) became the victim. Without telling his board, Richard Omwela as KRU Chairman signed a markedly lower deal (approx 35m) with KQ to continue being the National 7s team sponsors and rebuffing even higher offers from Safaricom.

To date, none of the other members of the KQ board have seen the contract save for CEO Ronald Bukusi. The accepted narrative is that the details of the contract have to be kept away from the borderline psychotic KRU Vice-Chairman Philip Jalang’o. It’s a poorly kept secret in the corporate world that sponsors will never fully come back to the game as long as PJ (as he is referred to by friends) remains on the board.

This won’t be the first time Richard Omwela (also head of Rotary in Kenya) will be undermining the game he professes to love, hardly a month has passed since he officiated over the demise of a sponsorship deal with Metropolitan Cannon Insurance.

Metropolitan Cannon owned by SA-based MMI Holdings and present in over 10 African countries had approached the Premier League of Rugby in Kenya for a deal rumoured to be worth in excess of 250m over a period of several years. After months of negotiation and agreement, even with the mother company in South Africa, a contract was drawn up between Metropolitan and the clubs in the Rugby Premier League.

Unknown to the clubs, and despite dealing openly with KRU Chairman Omwela who okayed the deal since inception, the law firm HHM were the legal advisors for Metropolitan Cannon. So began 3 months of shameless backstabbing and demagoguery.

Omwela couldn’t fathom the financial independence of his own Rugby clubs, believing that financially able clubs will be harder to manipulate to his own ends and to keep himself at the helm of the KRU. He thus cast so much doubt about the integrity of clubs, from the background, whispering into the ear of the sponsor, that Metropolitan Cannon insisted that the funds would have to go through the bank accounts of the KRU.

Remember, no other sports federation has lost as much sponsorship over the last 2 years due to integrity issues like KRU. Ironically, cheques currently have to be signed in batches of 150,000/- which is the limit for lower ranked signatories, since the senior officers refuse to get along and sign the payments, as long as their preferred suppliers and cronies have not been considered to do business with the KRU.

Suppliers who have to be paid 1.5 million shillings would recieve 10 cheque leaves for the transaction. The term dysfunctional knows no better meaning.

Eventually, after Richard Omwela had cast so much doubt and aspersions against his own member clubs, Metropolitan Cannon had had enough and decided to pull the plug on the entire deal.

A theory that is fast gaining currency is that despite the open dislike showed by Richard and his Deputy Philip Jalan’go towards each other, they may have shared the retrogressive belief that financially independent clubs are impossible to control, and Richard may have sent Philip to Johannesburg, South Africa to the offices of the mother company MMI holdings a week to the sponsorship launch, to pound the final nail into the coffin of the sponsorship deal.

For these sports leaders, Rugby is a medium to acquire business and contacts, to manipulate the rank and file to fill their pockets. They have absolutely no love for the game.