Clinical Officers have undergone great suffering in this country, both from employers and the fucked-up Jubilee Government led by thieves and pathological liars. Their problems range from poor pay to intimidation and stagnation in their careers. It is worth noting that the Ministry of Health started training this cadre of health workers over 50 years ago, when there was a gross shortage of doctors in the country. Indeed,today, there is still a massive shortage of doctors in the rural areas for public access.

The training of clinical officers began much earlier than that of medical officers, fondly referred to as doctors, yet now, the said Clinical Officers have been relegated to pursue their education up to and only at a diploma level. The reason being that they were technicians, or assistants to doctors. Only recently, and with the forceful entry of private universities have we seen a shift and acceptance of these workers as people capable of pursuing higher education in their own field.

The wankers and old idiots at the Kenya Medical & Dentists Board worked round the clock to ensure that despite excellent training, these clinical officers could not pursue further medical education, unless they quit their jobs and started out afresh. Many opted to quit the profession altogether, as is evidenced by the chairman of the clinical officers council who holds a PhD in a totally different field not related to clinical medicine. 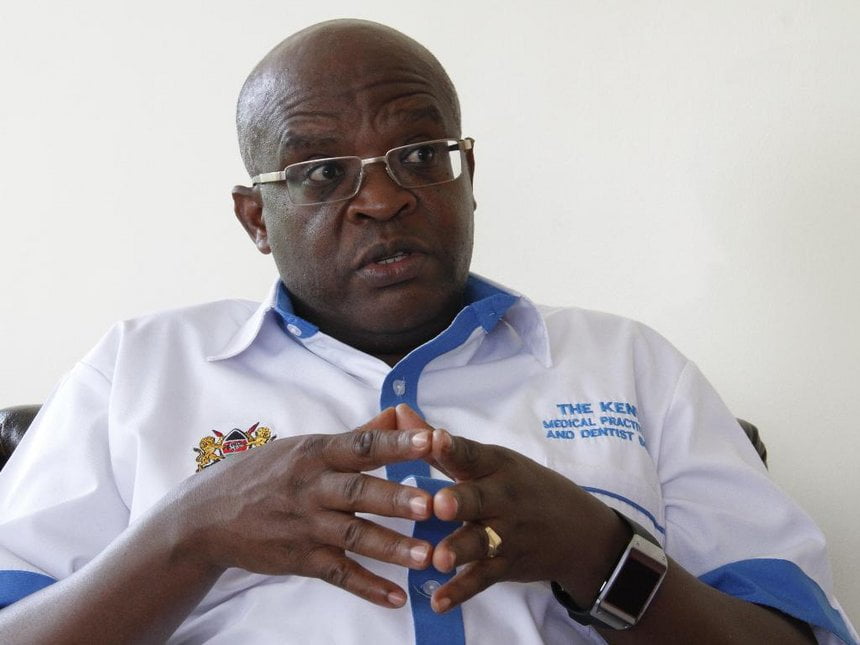 Caption : Daniel Yumbya, CEO, the Medical Practitioners and Dentists Board. He is both incompetent and a scum of the earth.

It got worse; the said board has been visiting higher learning institutions with the sole aim of convincing them to water down the content being taught to Clinical Officer graduates, because they ought not to know what the medical officers know. The institutional-mediocrity has gripped every sector and the cancer needs to be eliminated simultaneously.

The practice and scope of medicine is too wide. Indeed, established universities worldwide have faculties and departments solely for the training of these numerous micro specialties, clinical medicine included. The question then begs, of what purpose will it serve a few individuals if less highly skilled health workers are trained? The answer is simple. Cartels that drive and manipulate healthcare costs. By curtailing clinical officer training, they hold the sole certificate to overcharge poor Kenyans while enjoying the market economy of scales.

Today, highly trained graduate clinical officers are able to perform complex procedures and manage illnesses that used to cost people hundreds of thousands, at an affordable cost and in health facilities closer to them. The clinical officers act 2016 revised edition,sponsored by Bureti MP Leonard Sang is currently in Parliament. It is worth noting that there is intense lobbying to water down this bill by law. The Government is aware that 90% of all sick patients in this country are first seen by a Clinical Officer. And that a further 80% who seek specialized care are also referred first by Clinical Officers. 95% of HIV/AIDS patients are under the direct care of clinical officers with great strides having been achieved in the decline of the scourge thanks to these dedicated workers.

It is thus unfortunate that the government of the day has chosen to remain silent on matters raised by the said cadre. Recently, the Registrar of Trade Unions threw out an application seeking to have clinical officers register a body to address their concerns, citing adequate representation by the Kenya Hoteliers and Allied workers union. What an idiot! How does hoteliaring and health matters connect?

A tragic twist has also seen the Salaries and Remuneration Commission led by the retarded Sarah Serem turn a blind eye on the remuneration cries of specialist clinical officers who have pursued postgraduate studies in cataract surgery, anesthesiology, accident and emergency medicine, etc.

More voices must rise up and say no to high costs of healthcare.

We need to start a campaign to force the boards of the Salaries and Remuneration Commission and the Registrar of Trade Unions to resign, because they are clearly nursing a nasty Moi-era hangover, where Government officials had a lower reasoning capacity than autistic children. These retarded Government officials need to know that they occupy constitutional offices and are therefore accountable to the PEOPLE; not vested interests.

We cannot have the Registrar of Trade Unions being Bribed by the Kenya Medical and Dentists Board to block the registration of the Clinical Officers Union. The Registrar should explain himself or face the wrath of social-media. And we won’t stop until you resign.