The loss making East African Portland Cement Company’s (EAPCC) plot to convert all its permanent employees to temporary employees with a pay cut of 50% has hit a snag after section of unionisable staff rejected the terms that near slavery.

EAPCC declared all its 270 employees redundant  on September 1 with a bad offer to hire them back on a three-year contract with the salaries cut by 50%.

The ugly move was the companies desperate effort to deflate their wage bill by some Sh240 million a year.

“We ran into teething issues between ourselves and the union. There were a few unionisable staff who did not sign, and that is what we are still discussing and agreeing,” said the company’s acting managing director Stephen Nthei. 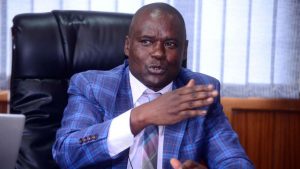 The oldest Cement factory has 150 unionisable employees are about 150 who are expected to under these inhuman terms.

The deal is the last phase of EAPCC modified staff redundancy programme that started in mid 2o19 to cut the workforce which stood at 936 employees.

EAPCC kicked out all the contractual staff terminated last year after which they sacked all the administration staff to remain with the current 270 the company wants to hire on temporary terms.

“We called it a modified redundancy programme because in the eyes of the law, it cannot pass the test because the firm was unable to pay all the terminal dues on release of the staff,” Nthei said.

In January 2020, Global Cement reported that cement company had defaulted on contractual loan repayments to KCB Bank after auditors from PricewaterhouseCoopers reported that EAPCC made a loss of US$28.0m in the twelve months to 30 June 2019, over which time it produced 0.3Mt of cement against an installed capacity of 1.3Mt/yr.