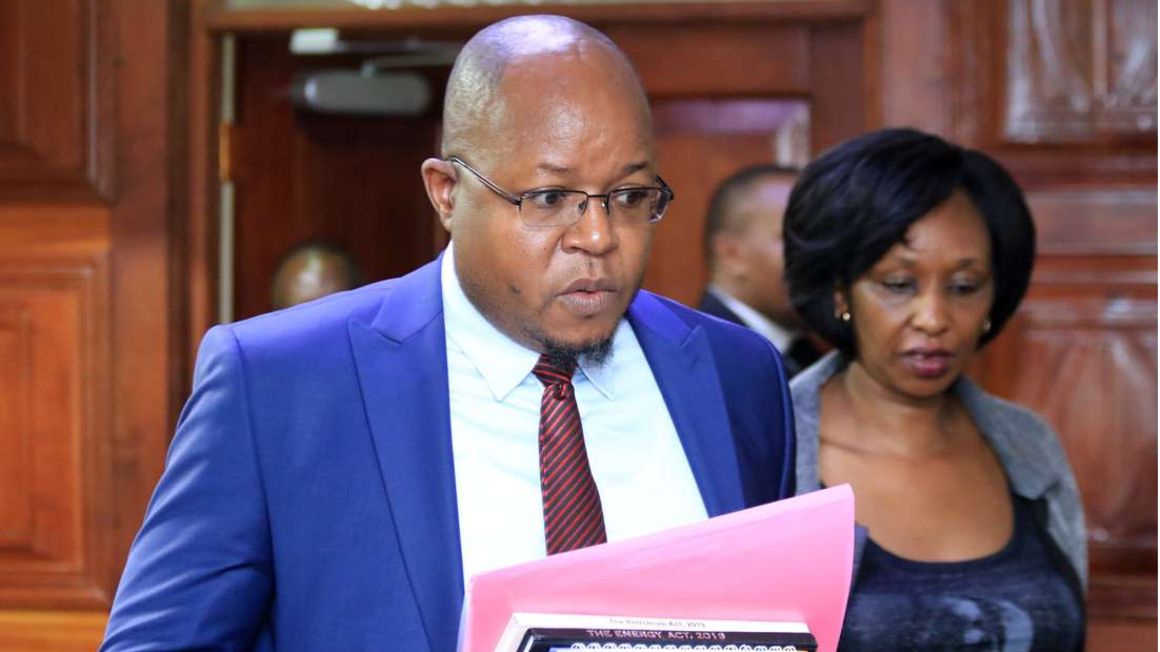 In August 2020, the board of Kenya’s Energy and Petroleum Regulatory Authority (EPRA) directed embattled director-general Pavel Oimeke to step aside after his reappointment for another three-year term was contested in court in a matter that was perceived to be lobbying from energy cartels.

According to a source that spoke to CNYAKUNDI.COM, Oimeke was saved after powerful interior CS Fred Matiangi intervened for him and he was reinstated.

They had to plot another lethal takedown against the man who has been accused of eating alone.

According to reports, Pavel Oimeke has made a lot of money by receiving bribes.

Pavel Oimeke then reinvests the looted money in the real state estate sector. Further information indicates that Oimeke and his corrupt friend Joseph Wafula Principal Economist, ministry of petroleum bought houses in South C, Bandari Villas, and those ones don’t go for less than 25M.

First things first, the return of Oimeke did not augur well with many people within EPRA.

According to reports, Oimeke was introduced to some people who needed help by the then acting Director-General, Ms. Mueni Mutunga.

Ms Mueni told Oimeke that some guys from a petrol station in Oyugis needed help in having the facility re-opened. The petrol station had been closed after it was found to be in possession of super export petrol.

After settling a Kenya Revenue Authority dispute by paying a Sh309,842 fine, the station obtained the taxman’s clearance letter.

Being an internal referral, Oimeke trusted and as usual, asked for facilitation hence why he committed the crime in his own office.

Reports indicate that three guys among them an EACC official met with Oimeke on the first day, pretending to be the petrol station proprietors doubting the narrative that the petrol station owners contacted EACC after Oimeke demanded for money.

On the arrest day, the same EACC official AKA petrol station proprietor was also there and was among the people that handed the ksh. 200,000 bribe to corrupt Oimeke.

Our source tells us that the determination to do away with Pavel Oimeke was top gear and even if he would not have removed through the bribery scandal, other ways would have been crafted to deal with him.

Held at Ransom: The Oimeke Secret deal with Total Kenya