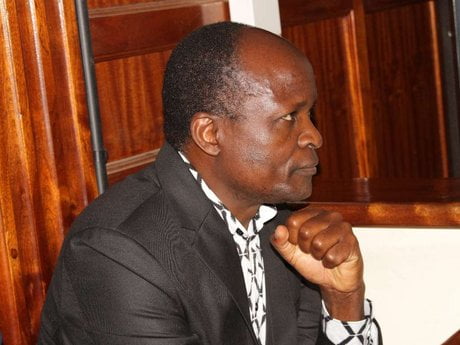 The anti-graft agency has extended the corruption probe against beleaguered Migori governor Okoth Obado and his alleged proxies beyond Kenyan borders, the Star Newspaper reported today.

In documents seen by the local daily, the Ethics and Anti-Corruption Commission says that months to last polls, Obado and his children travelled to Australia carrying Sh450 million.

In Australia, Obado laundered the money at a high-end casino, the agency says.  Immigration rules re1quire travellers in possession of currency exceeding Sh1 million to declare it at the customs office before departure.

“The commission has sufficient information that on  February 19, 2017, the governor and his children travelled to Australia while in possession of USD45,000 believed to have been fraudulently acquired from the county and laundered the money into AUD57,646 at Crown Towers Casino, Perth Western Australia,” EACC says

“The commission is in contact with the law enforcement agencies in Australia for related investigations.”

Details of how the EACC got the information remain scant. It also does not make it clear whether the governor was gambling at Crown Towers Casino, a facility that prides itself in, among other things, VIP gaming.

“The action never stops at Crown Casino Perth — 24/7 gaming in a vibrant and luxurious environment unrivalled in Western Australia. With an exciting variety of table and electronic games, bars, lounges and more, Crown is where Perth comes to play,” the Hotel that hosts the Casino says on its website.

Perth is one of Australia’s eight capital cities and the fourth-most populous city in Australia.

The Eliud Wabukhala-led agency says Obado and his associates registered about 30 firms soon after he became governor — through which they pocketed Sh2.5 billion in “fictitious” contracts.

In a bid to conceal cash corruptly acquired from the county government of Migori through fictitious tenders, Kwaga transferred Sh55,224,977 to offshore financial institutions in China and HongKong, it says.

Kwaga, his wife, two brothers, mother and sister-in-law are among seven individuals, alongside 16 firms, the EACC is pursuing to refund Sh2 billion allegedly obtained through fictitious deals.

On Tuesday last week, the High Court issued orders barring the seven from selling or transferring 65 properties, including four maisonettes, two apartments and land — all valued at more than Sh382 million.

The four maisonettes and two apartments, all in Kwaga’s name, are in Nairobi.

In what the EACC believes is irrefutable proof linking Obado to the dubious firms, proceeds from the contentious tender awards were wired to his children’s accounts.

The commission says Obado benefitted to the tune of Sh38,949,376 sent to his children believed to be studying abroad. They are Dan Ochola Okoth, Jerry Zachary Okoth and Susan Scarlet Okoth.