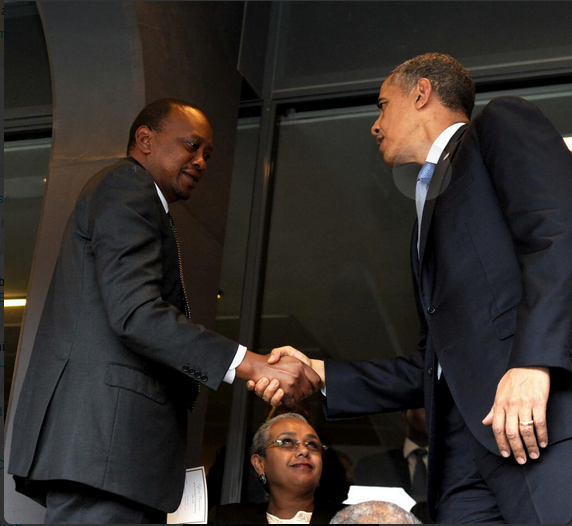 All countries are sovereign but some are more sovereign than others. If you doubt it, wait until the end of the week when the masters of the globe come calling. Holier than thou despite the seas of innocent human blood in their hands and ultraparanoid despite supremely mighty military, America will turn Nairobi tramping ground as Barack Hussein Obama Junior makes the historic visit to the land of his forefathers.
A visit, that is, if you can call the virtual occupation we are about to be subjugated to, that. For what visit is this when the hosts will be in danger of being mowed down with machine gun fire should they come to within a kilometre radius of the guest without being cleared? Even Obama’s host-in-chief Uhuru Kenyatta, Kenya’s president no less, will not be spared the suspicion anyone who comes to within touching distance of Obama will be treated with.
And as apprehension determines where Obama goes, disdain and contempt will decide whom he meets. What criteria America that styles itself the police of the world uses to say who is blemished and who is not is a matter of conjecture.
So much so that the visit has caused tension within Uhuru’s administration after it emerged certain individuals have been excluded from a list of top government officials, opposition, clergy, businessmen and politicians to attend Global Entrepreneurship Summit at Kenyatta International Convention Centre and other forums that the US head of state will attend while in the country.