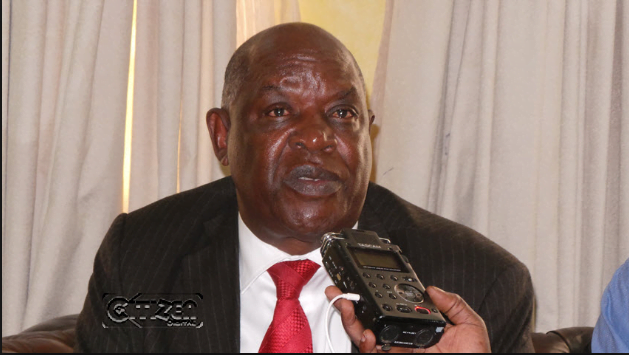 Throughout my life,  I’ve heard some clandestine thuggery scandals but no point moment I have ever seen or heard elected leaders descending on mourning families what’s rightfully theirs.

The county government of Nyamira volunteered to cater for burial expenses including relocating 8 bodies from Narok to Bwomboga Nursing Home.

Further,  Governor John Nyagarama’s government bought coffins beside providing transportation to all victims to their respective homes for burial on Thursday.

Melancholically, back in Nairobi,  all elected MPs and senator Okong’o Mogeni were busy planning on how to chip in and help the bereaved families.

With 2022 succession politics being the epicenter of virtually all of them (Nyagarama exit),  the MPs planned a meeting in which they were set to agree on their collective contributions to the funeral.

Separately, Interior Cabinet Secretary Fred Matiang’i, who is increasingly making a presence in Gusii politics,  was determined to have the president represented in the funeral.

Due to his busy schedule, the minister summoned all MPs through the aspiring governor and Borabu MP Ben Momanyi.

At a meeting attended by all six legislators in the Office of the President (OP),  Matiang’i, acting on behalf of President Uhuru Kenyatta, released Sh1.5 million and asked them to present it in the name of the president.

During the funeral,  the delegation of MPs led by Mr Momanyi,  presented Sh1 million on behalf of the president.

Additionally,  they presented a collective sum of Sh100, 000 to the bereaved families.

*HIDDEN TRUTH*
Personally,  I hate vilifying individuals but when in comes to justice,  I won’t hesitate to question morality in our society.

Fundamentally,  being MPs who represent interests of people, it is quite appalling that we can seize such opportunities to defraud people living in abject poverty their rights.

When I first posted on social media about the Sh1.million sent by OP, I was subjected to unwarranted condemnation by some MP whom I’d not wish to mention.

My independent investigations shows that the MPs never  contributed even a penny to the families who lost their loved ones.

While nobody compels them to participate in such social events,  it’s quite primitive to slash amount sent by the president for their own benefits.

The collective sum of sh100, 000 was deducted from the initial 1.5 million delivered from the office of the president.

Subsequently,  the MPs hired a chopper at Sh0.4 million from the amount delivered from the same office.

In a nutshell,  these crooks, whom we’ve trusted with leadership,  decided to openly rob mourning families their inalienable rights.

This may not be the right channel to air the complaints but as a good citizen, I must admit that this is the only way we can make our leaders accountable.

Hon. Ben Momanyi,  the troop leader,  should eat a humble pie and surrender Sh0.5 million to the families that were affected.

Deep in your hearts,  you know what you did was morally wrong and socially awkward. Kindly return the money and that’s the only way the Lord will bless what you do.

Lastly,  if you disagree with these voluminous allegations,  then you have a right to defend your unbecoming conduct.

My sources within OP have certified the information and if you don’t act promptly to clear the mess,  I’ll table some perilous evidence against all those involved in the scandal.