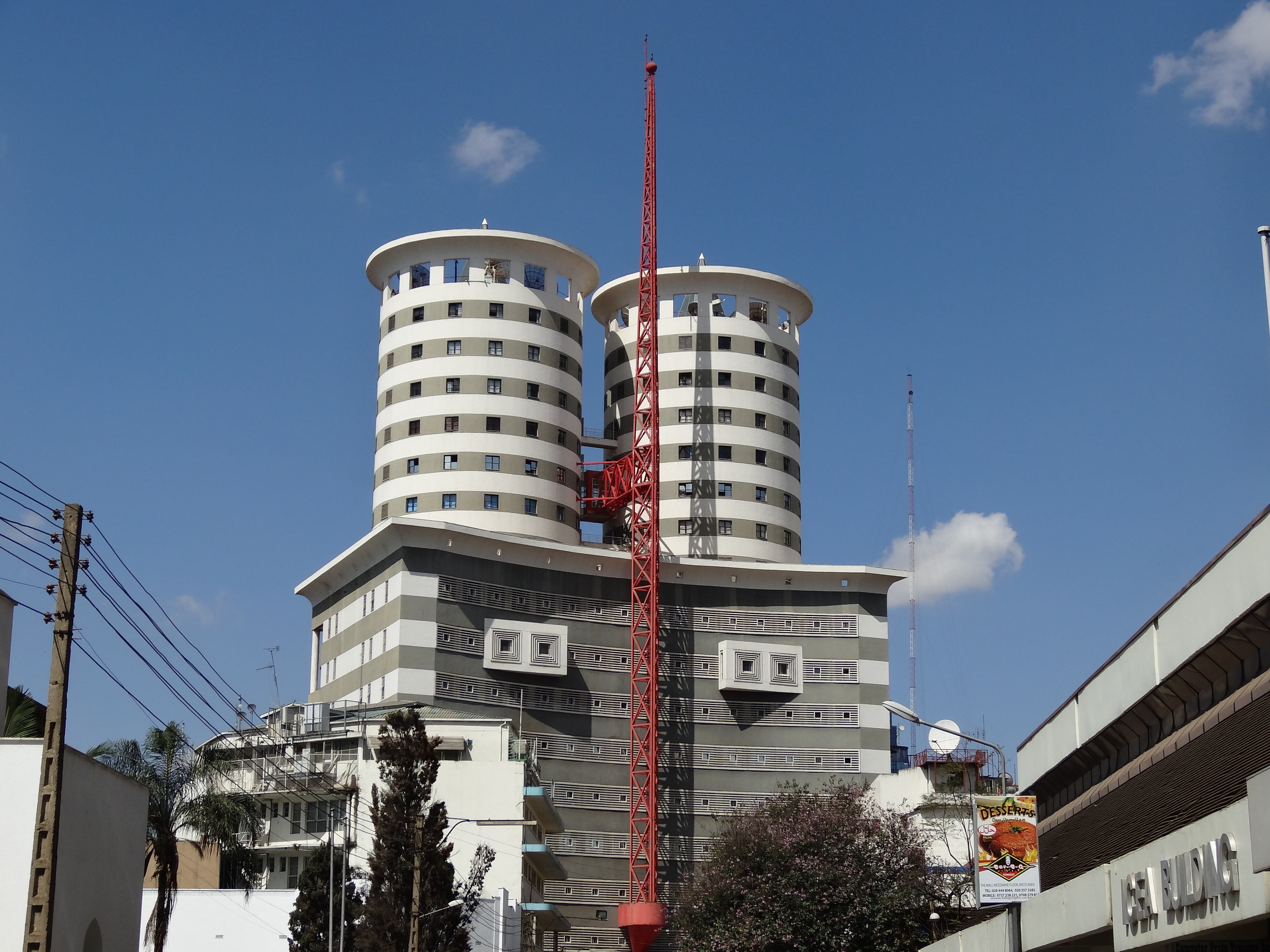 Caption: Nation Media Group is staring at Calamity because of lack of Innovativeness. Media Executives like Tom Mshindi and Linus Kaikai prefer entertaining women and playing golf instead of improving Standards at the Struggling media Group

Circulation is a testament to responsible, credible and factual Journalism. Nation Media Group’s Circulation along with the Group’s credibility have gone through the floor.

If I had to pick the day the Nation Media Group lost all its credibility, it would be when they agreed to bend over for the Jubilee government and fire Journo’s that were deemed to be ” Too harsh or critical to the Looting Jubilee Luminary.”

The Firing of Journos like Dennis Galava and Gado, the Cartoonist, contributed to the decline of Nation media’s Credibility.

With more credible news on Social Media and blogs, the Kenyan media industry is facing Tumultuous times. Kenyans news consumption habits have changed, and no one buys those meat wrappers with stories mostly done by half-baked Daystar University Robots.

The Nation Media Group has settled in a Sinkhole as Digital Media, and competition from Various online Platforms gives them a chase for their monies.

Late February, A special Cabinet meeting resolved to have the State start its publication referred to as MY.GOV, where all adverts will be published. All State agencies have been asked to direct adverts to the publication. This has further Spelt doom to the Collapsing Kenyan Media. The reality has knocked the media poseurs that they will never get the subliminal bribes.

But it is hard for a Wanker like Linus Kaikai to understand that this is a force that will sweep the Media downstream. We have always raised a red flag by insisting that the Kenyan Media Executives are thick upstairs. All decision makers MUST be fired to save the Collapsing Media.

The Situation has been so bad at Nation Media Group prompting them to Produce Different Headlines for different regions. Despite all these theatrics, Sales have been dropping because Kenyans are no longer interested with this Bullshit. 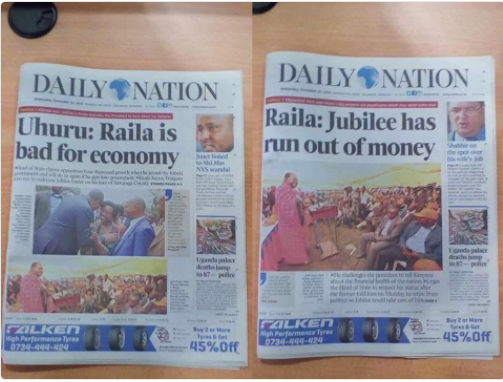 Caption: Two Different Headlines for Raila and Uhuru Strongholds. Sad that such a once great media Group is practicing Open Yellow Journalism.Say Goodnight NMG, Your type of Journalism is finished. 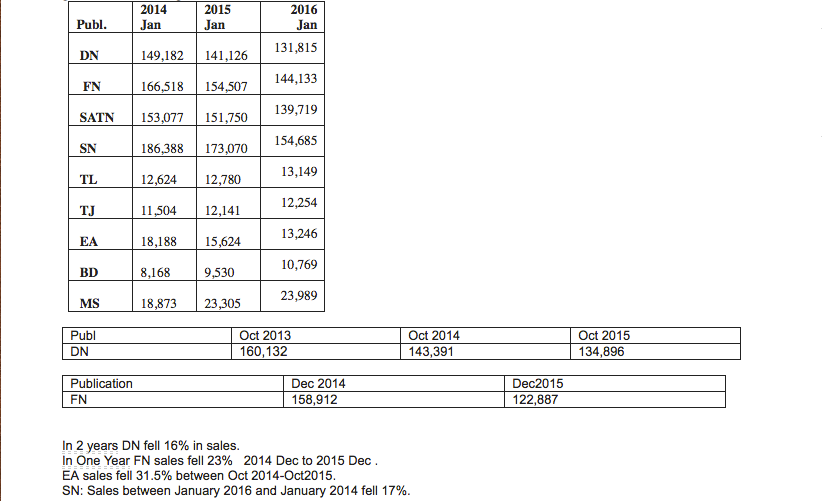 Caption: Numbers Never Lie. The Collapsing Nation Media Group is struggling to sell Papers and blaming things like Rain, Lateness and other funny stuff. As a Kenyan, Why should you advertise with Nation Media Group?

While Linus Kaikai is playing Golf and entertaining his many Girlfriends, The Nation Media Group demise is staring at them. For the group to survive the Digital Media Wave, They Must be innovative and even Charge a subscription fee for their stories. But the Mega question is ” Who will pay for the Nation Media Group’s Type of Daystar Journalism? ”

Caption: These Two Wankers represent Everything that is wrong with the Struggling Nation Media Group. To survive, NMG Must Fire all Key Decision Makers like the Above Captured Wankers and hire young thinkers and Expatriates.

This should worry Advertisers who are wasting Millions in Media’s Classified Adverts instead of considering cheaper online Option like OLX that reach Millions in a few days.

As Readers shun the likes of Nation Media Group in droves after realizing they have not been getting a fair share of news, We can only wish them well. We have attached the circulation numbers hereunder.