How Kenya Will Mourn The Death Of Ex-President Daniel Moi 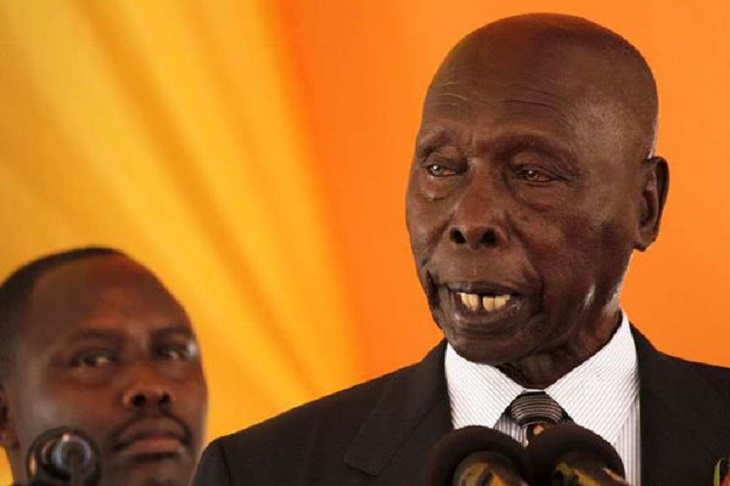 President Daniel Moi has died and this places Kenyans at mourning for the second time ever since the death of First President Jomo Kenyatta.

President Moi died on the morning of 4th February 2020 at Nairobi hospital at 5:20 am.

President Uhuru Kenyatta read the proclamation which is meant to announce publicly the death of state men of high caliber such as that of former President Moi.

“AS WE MOURN THE PASSING of an African Icon, our heartfelt condolences go out to his Children, Relatives and Close Friends,” President Uhuru said.

“IN HONOUR OF THE LIFE AND TIMES of the Late Great Mzee Daniel Toroitich Arap Moi, and on behalf of a grateful Nation, we will forever be indebted to our deceased Second President for all his many years of steadfast public service,” Uhuru’s statement read.

President Uhuru Kenyatta has ordered that in observing mourning the following shall take place:

Kenya will observe a period of national mourning from today, 4th February 2020, until the day of President Moi’s funeral.

The Late Daniel Toroitich Arap Moi shall be accorded a State Funeral with all appropriate Civilian and Full Military Honours being rendered and observed as an expression of public sorrow.

The national flag shall be flown at half-mast for the same length of time at all High Commissions, Embassies, Consulates, Diplomatic Offices and
other facilities of the Republic of Kenya abroad.

More Articles From This Author