The level of impunity in this country has now reached unbearable levels. This crook, The former Transport Cabinet Secretary (CS) Engineer Michael Kamau has committed unspeakable crimes and is one of the biggest looters and plunderers of this country. He is plagued by multiple corruption cases which somehow don’t make it to media headlines. If you just google this man’s name you’ll find multiple cases and charges against him.

Away from all the high profile cases already in the public domain, this man Former CS Eng Michael Kamau colluded with another prolific thief one Mr. Kanji Patel of Kay Construction and KaySalt to steal KES 56,850,000 from treasury and also defraud an old Man, Mr. Andrew of his hard earned money.

The scheme is one that will leave you shocked from the bold looting, theft in broad daylight and conniving nature of these two criminals who should be behind bars. But of course you know, cells and prisons in Kenya were made for the poor. The DPP is busy investigating petty chicken thieves and maintaining a strong social media presence whilst turning a blind eye towards the real crooks, the likes of Mr. Kanji Patel and former CS Eng Michael Kamau. 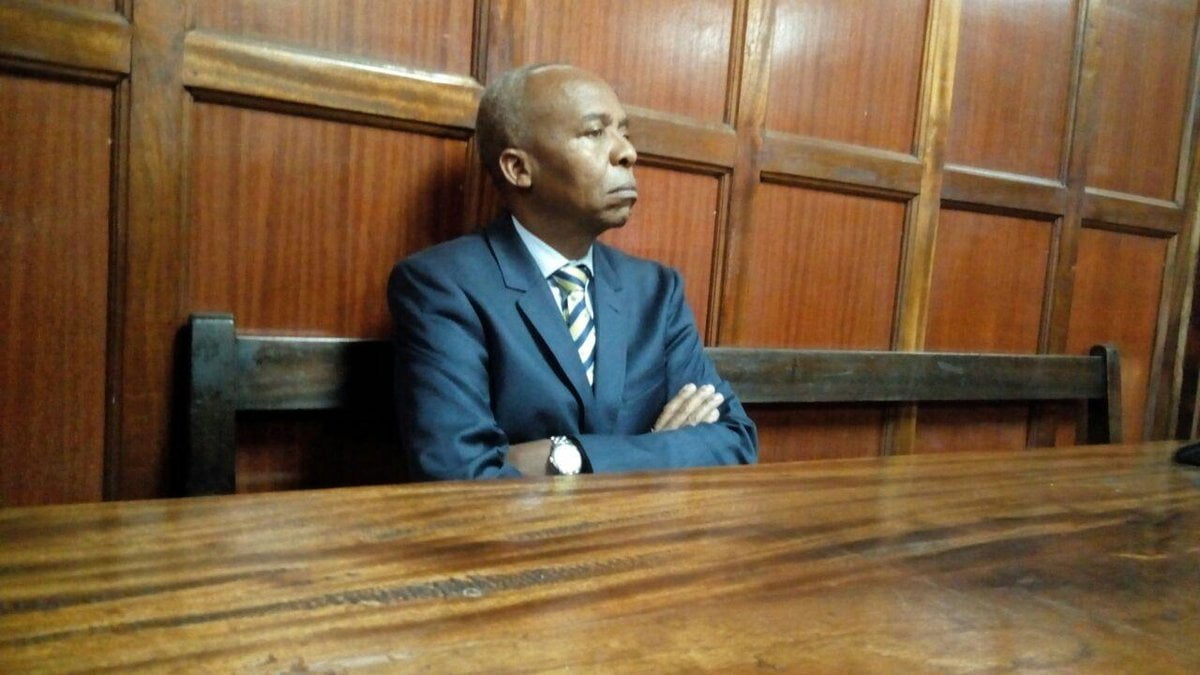 The government contracted Mr. Kanji Patel of Kay construction to construct St Mary’s Nyakahura – Kiamara – Muringato Irima Gatugu Road E540/E539/D427. Contract No. RD 0462. The contract was worth KES 890Million. Mr. Kanji Patel then subcontracted Mr. Andrew’s company, Githambo General Contractors to construct two layers of hand packing stones i.e. the Sub Base and the Base. Both of these are necessary to ensure that the road lasts long without potholes and does not wear out. The cost for these two layers was KES 136 Million and the government did give this cash to Mr. Kanji Patel, the main contractor.

The two colluding thieves, Mr Kanji Patel and the former CS Michael Kamau changed the original design of the road and instead of using stones, they were using spoiled soil. When Mr. Andrew protested the changes citing that the government had issued enough funds for proper sub base construction, i.e. KES 56, 850,000, Mr Kanji Patel cancelled his contract and illegally entered an agreement with 3 other subcontractors. Mr. Andrew of course went to court and sued Mr. Kanji Patel for breach of contract and he won. (Nyeri High Court Case No. 135/2009)

When Mr. Andrew’s company Githambo General Contractors came back to work and now started hand packing the stones, the CS visited the site and instructed Mr. Kanji to write a frivolous warning letter to Mr. Andrew to stop him from building the sub base. They then proceeded to insist and ensure the road was built using one layer only (the base) thereby stealing the KES 56,850,000 meant for the subbase which they of course greedily shared amongst themselves.

To make matters worse and more unpalatable, Mr. Kanji Patel and the former CS Eng Michael Kamau then colluded to swindle and defraud Mr. Andrew of his hard earned cash for handpacking about 29.3km of road with the base layer. They pretended to be paying Githambo General contractors whilst the money was going to their friend and partner in crime Mr. Hanji Hillan Mani who is unknown to Mr. Andrew. 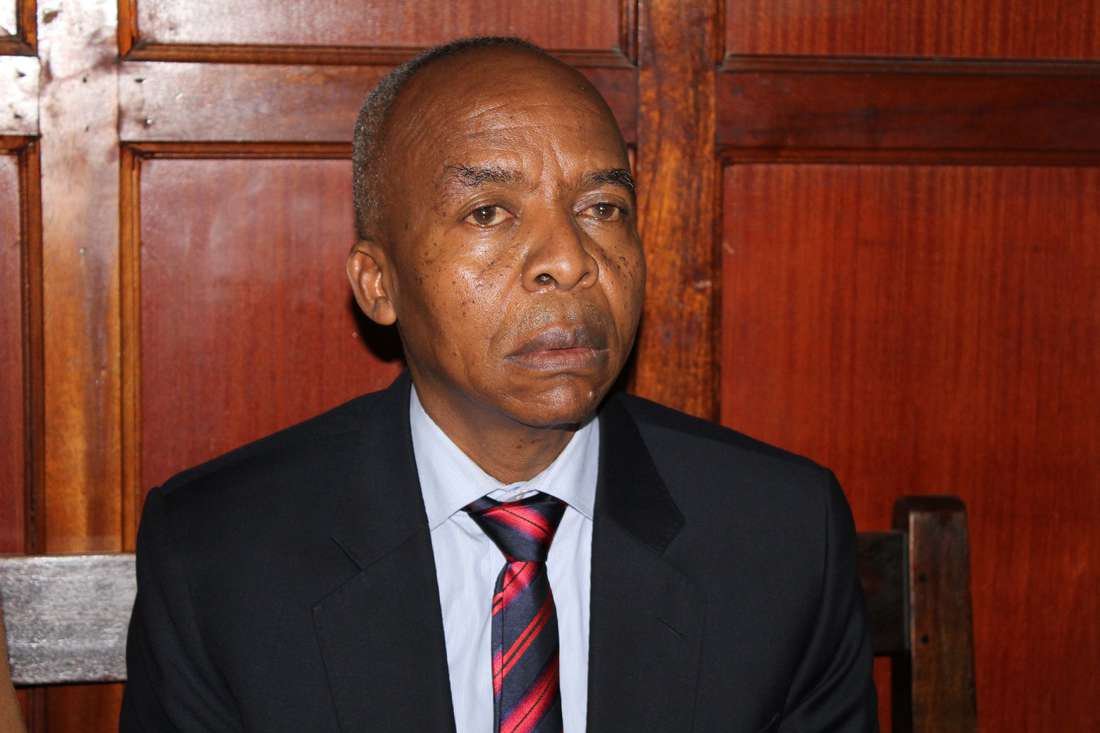 Stealing the money meant for this road created many problems.

They must be stopped. After Mr. Andrew recorded a statement at DCI hoping to get a solution, Mr. Kanji Patel, was summoned to go record a statement at the DCI but has never showed up because he is quite busy globetrotting. I’m certain if a regular Kenyan pulled this stunt, they would arrest them immediately…. But like I said, Justice in Kenya is a blade that cuts down the poor and those unable to pay for their freedom in cash.

See pictures of the road in question 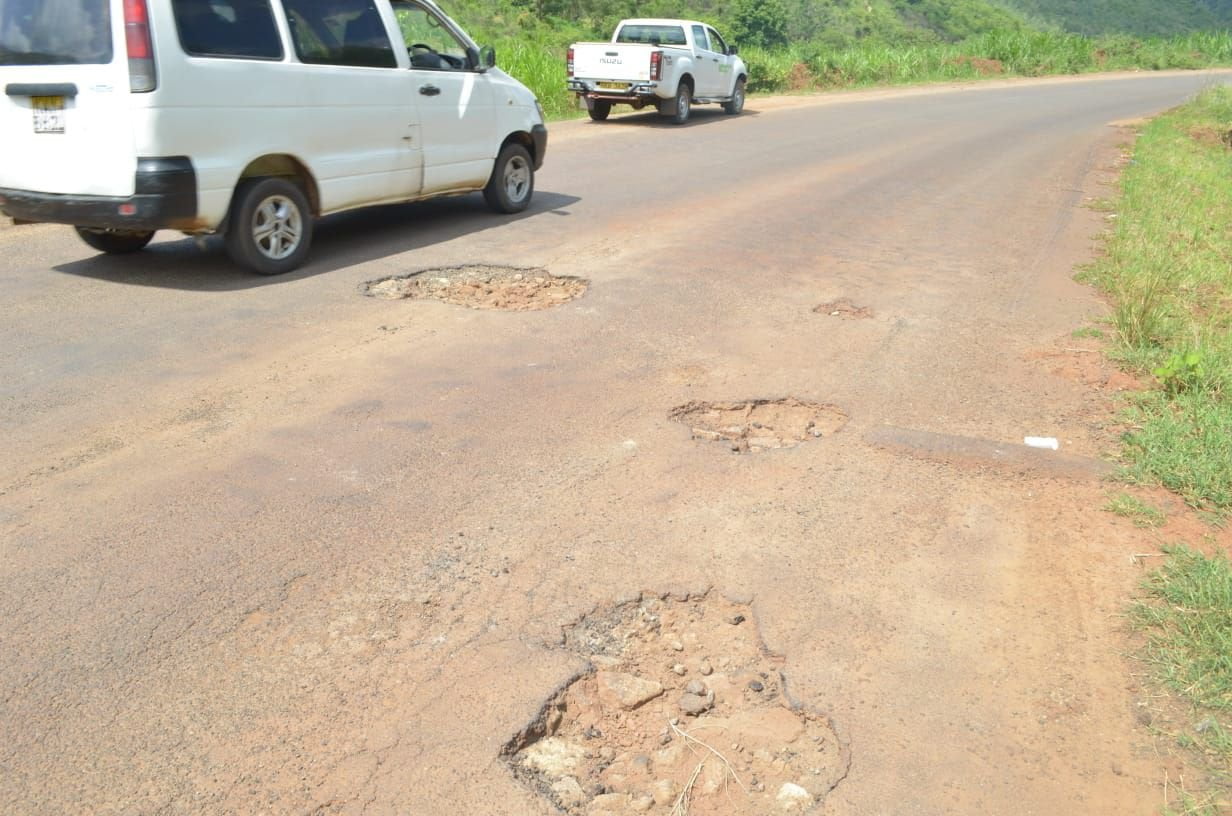 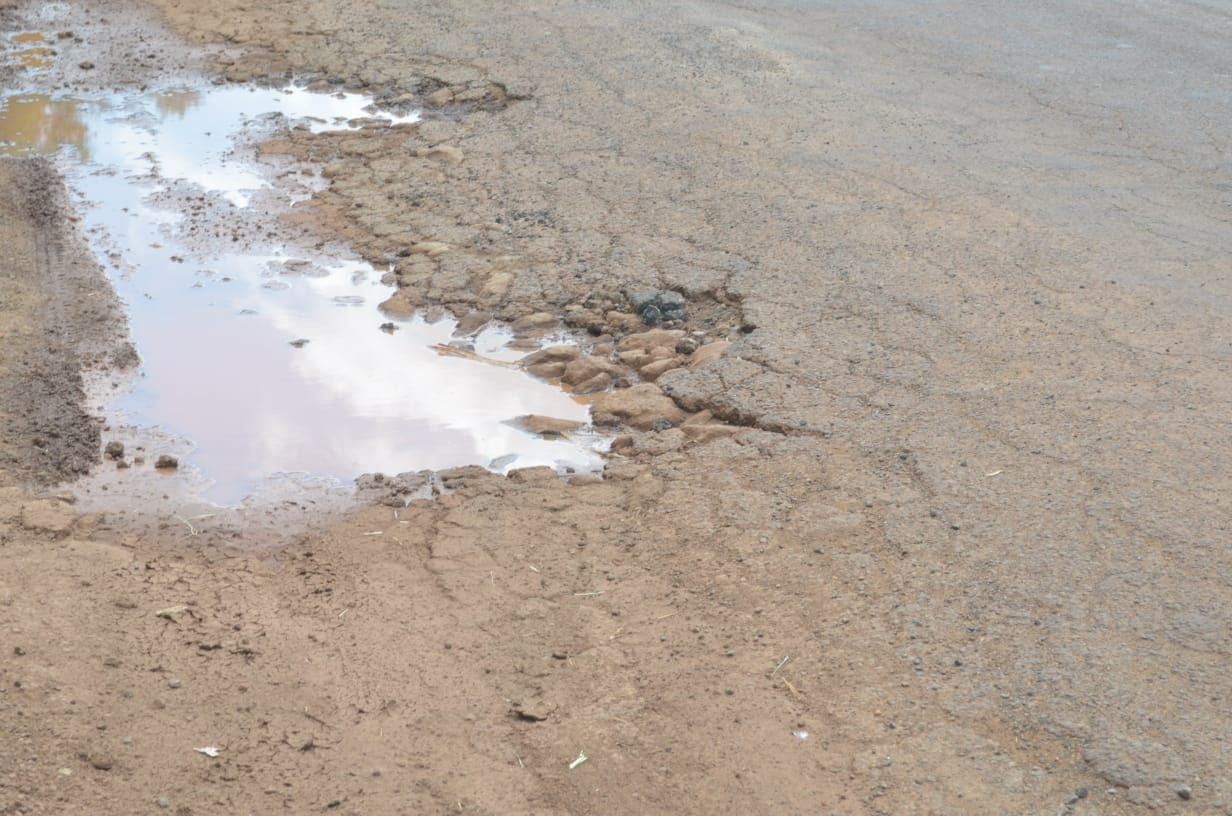 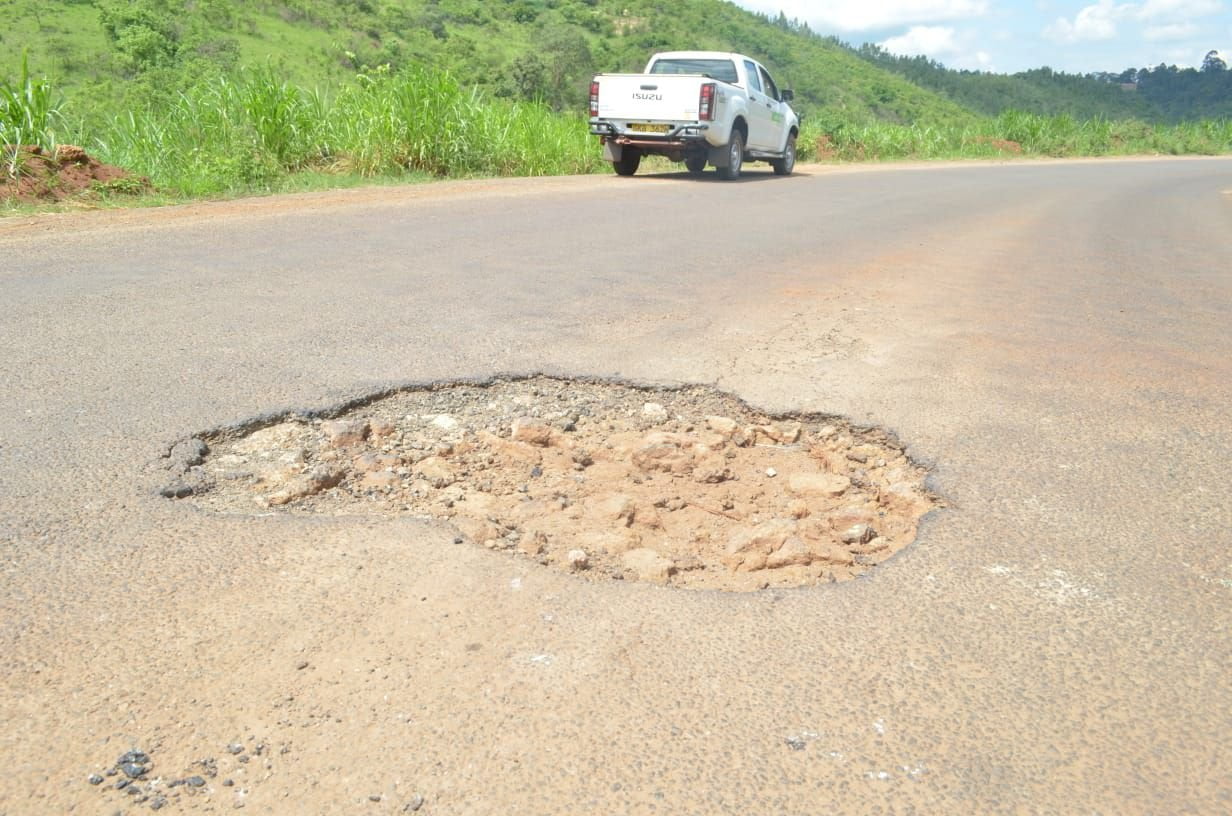 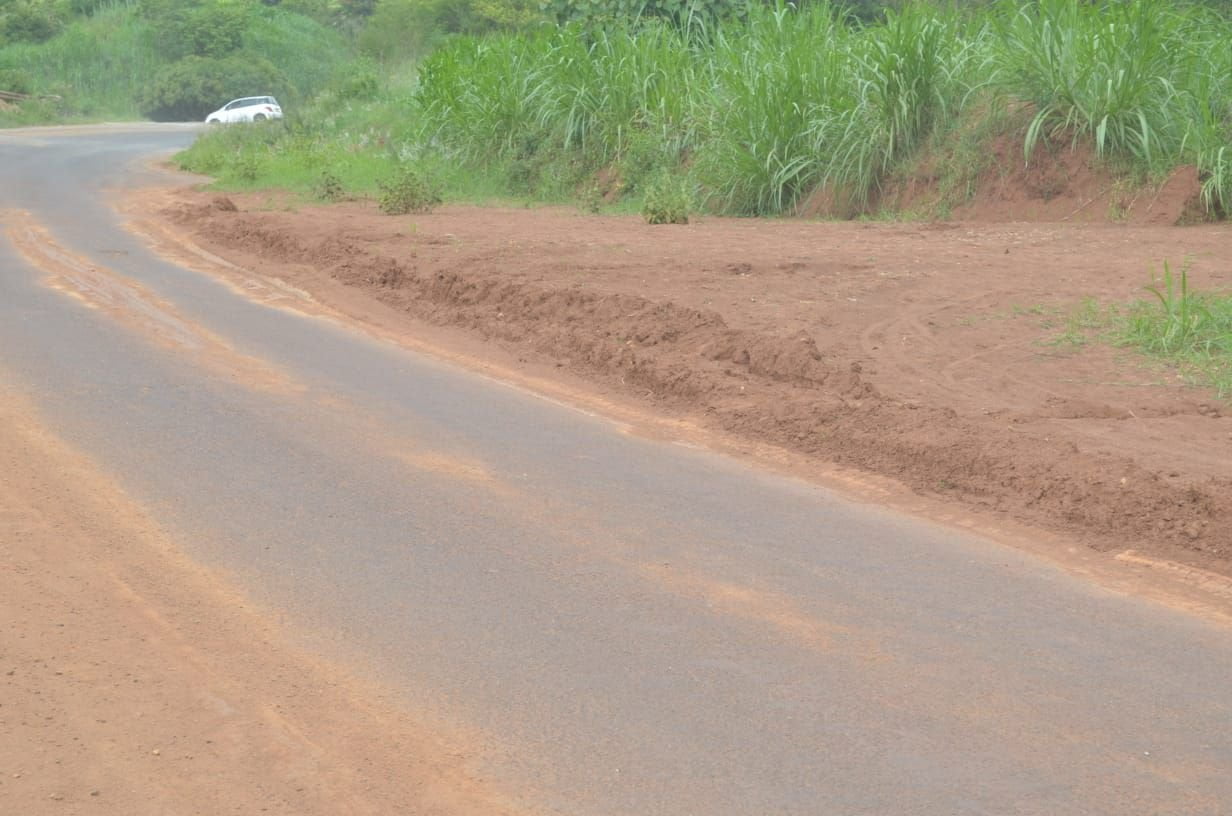 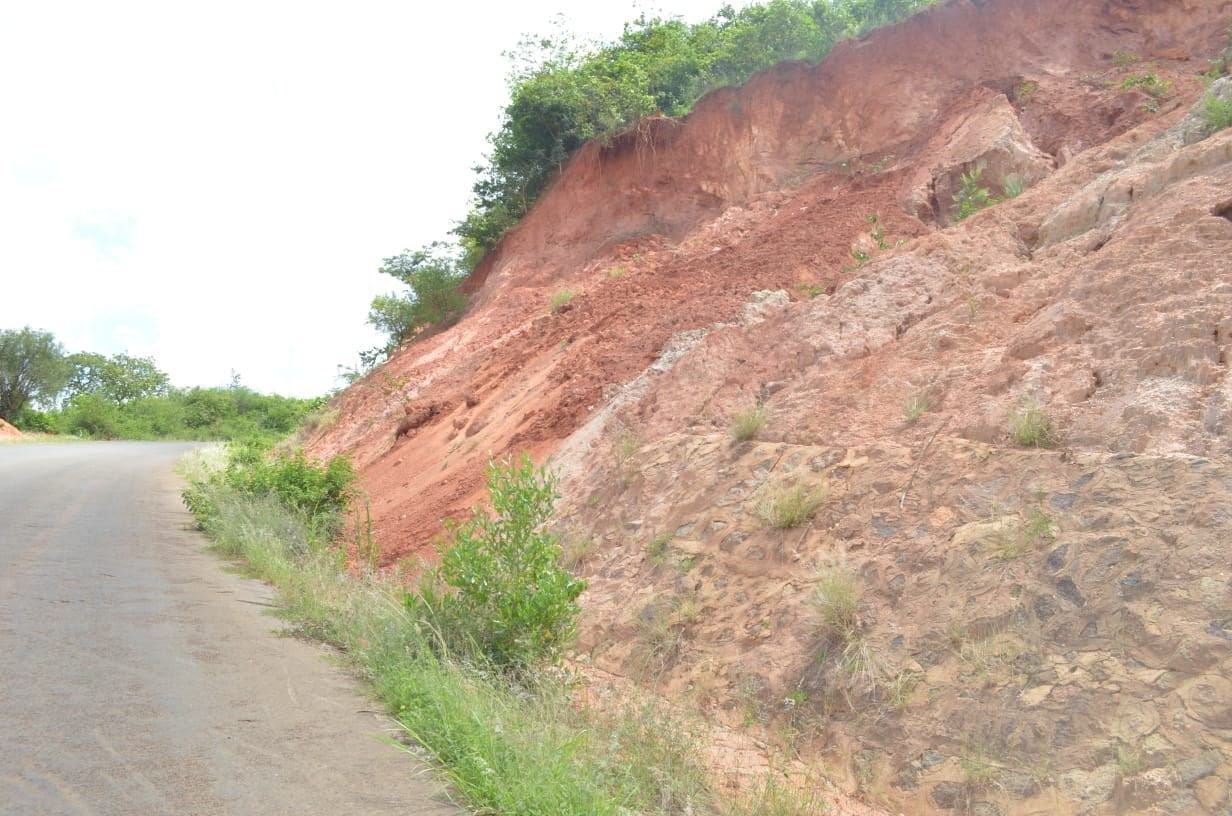 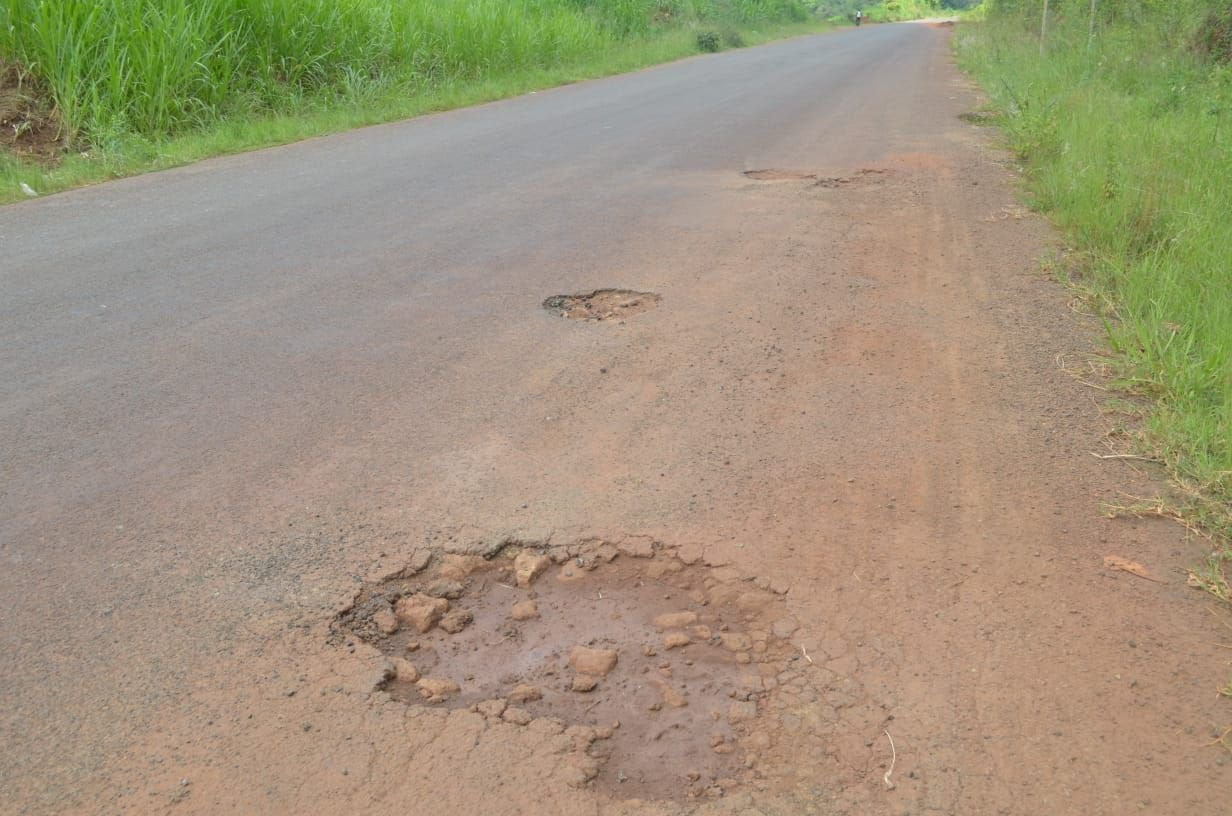