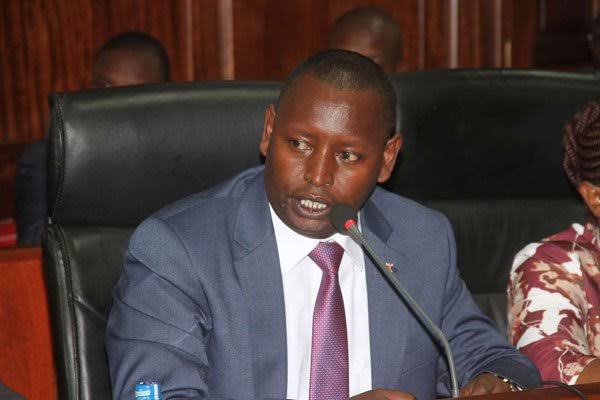 The anti-corruption court on Wednesday, February 12, heard that the county head received over Sh87.6 million from the county through his fuel company named Oryx Service Station which was supplying diesel and petrol to the county government for close to seven years; 2013-2019.

Mr. Joseph Mahami Lekalkulu the Samburu county head of treasury revealed to the court that Governor Lenolkulal benefited from lucrative tenders and contracts on supply of auto-mobile fuel for the county motor vehicles.

“There was flow of funds into the company’s bank accounts from the county government of Samburu,” the court heard.

“The award [of the supply tender] was made by the head of supply chain management,” said the county finance officer.

Lenolkulal’s Oryx service station was registered on October 7, 2008 with the Governor and Lily Sepeita Lenolkulal as directors.

Mr Lekalkuli was the first State witness to testify against the second-term governor in a trial that started on Wednesday. The prosecution has lined up 43 witnesses.

Mr. Lenolkulal is currently facing four counts on abuse of office and conflict of interest leading to the loss of public funds.

According to the prosecution, the governor knowingly acquired a direct private interest by being a supplier to the county government.

It is alleged that the offences were committed on diverse dates between March 27, 2013 and March 25, 2019 at Maralal town.

The hearing of the case continues on Thursday.