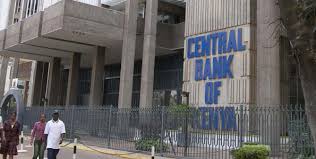 Banks are daily exposed to fraud as they run their businesses. The Central Bank of Kenya (CBK) with the help of the Criminal Investigations Department (CID) established the Banking Fraud Investigation Department (BFID) which is now mandated to help banks Deter Fraud and advice on the best ways to help fight this white collar theft. Just like the Ethics and Anti-corruption Commission, this department has performed very poorly with less than 3% convictions while at the same time destroying most of the bank employees’ careers by selective prosecutions.

As the name suggests, the BFID is solely established to see that the banks’ interests are upheld. I must agree that there are bank employees that are crafty and always out to defraud the banks by giving information to third parties; in society people are never equal. But there is a part of its report that the BFID will never disclose to the public. Sometimes the fraudsters are excellent at what they do that leave the BFID investigators conducting their investigations for months with no success, what next?

By now any educated Kenyan should know that banks invest heavily in insurance premiums. They range from fidelity (covers theft by a servant), and international fraud emanating from electronic transfers. Recently, standard chartered bank of Kenya lost over KES. 320 million and five employees were arrested and charged in court. Most of their charge sheets will never read “conspiracy to defraud” for this will not be compensated by the insurance companies. BFID is always working around the clock closely with the banks to make sure that compensation comes through.

Once the case in taken to court, the insurance companies will send their risk adjusters to for some court sessions, just for the record while innocent employees languish in remand prisons for crimes they are not aware of. On the other hand, the insurance company will pay the bank that eventually pays its customers silently to avoid reputational risk. Some cases will never see any page of the Kenyan dailies as the security departments in banks pay them up to “sit on the story”.

In June 2012, Commercial Bank of Africa lost over 77 million to fraudsters. The BFID (again) was called in to conduct their investigations they ended up arresting a junior officer who received the documents while a whole bunch of people who input the data into the system, the branch manager where the documents were received, the two authorizers at the head office, an inputter who broke the fixed deposit are all seated pretty in their offices. This matter is still in court. But how can someone receiving documents be charged with stealing and forgery while the “big fish” are spared; is this, not selective justice or prosecution? Ecobank, equity bank, and Barclays Bank name any bank and I can bet that there is no year that passes that there is no case of fraud.

In their yearly reports, BFID has continued to note that banks lose over KES 1.5 billion every year. The figure is no doubt a staggering figure with a part of the report indicating that this value may be higher given that banks prefer not to go public with fraud related cases, Of course due to minimizing their reputational risk.

Many bank employees have lost their jobs, some languishing in poverty and emotionally tortured by the incompetence of the BFID. This department should stand for both the banks and the employees, but an agency for the banks only will only make more bank employees suffer more and more.