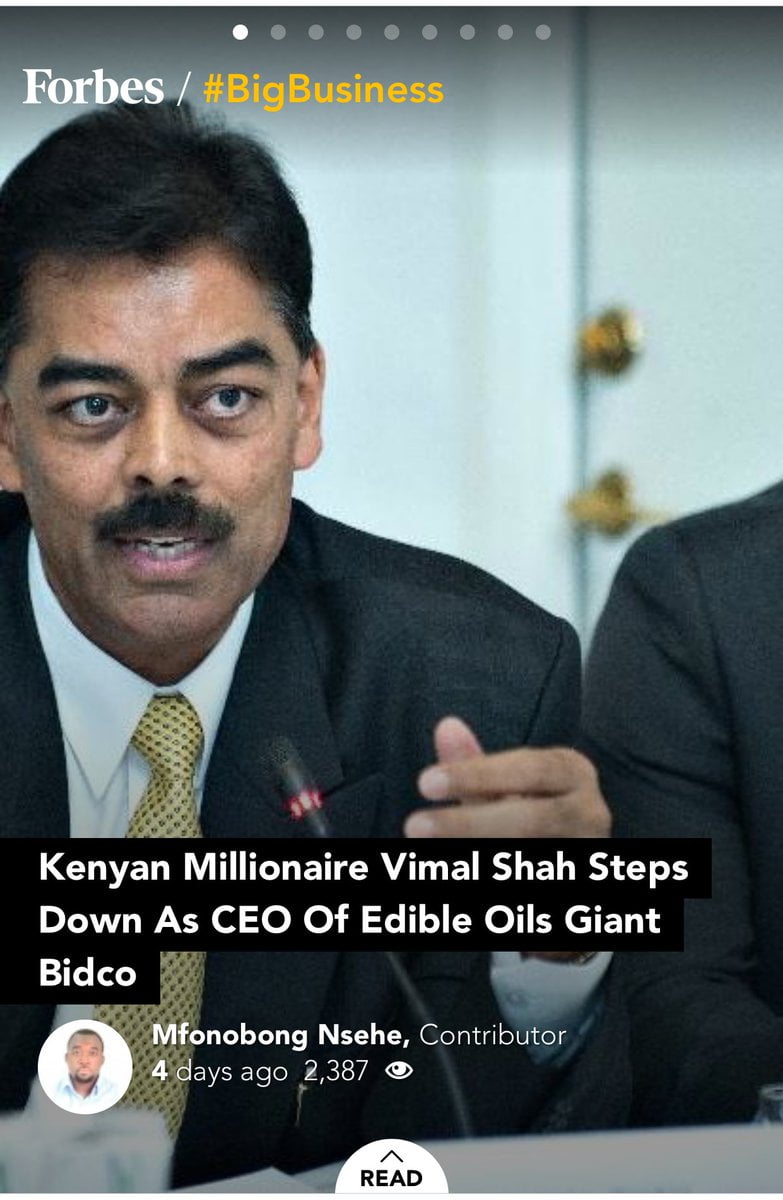 It’s Nairobi today. Bogus PR outfits have emerged, scouring online for soft-targets and extorting money from them under the guise of countering negative publicity.

One would expect that Vimal Shah having decades of experience in Corporate Kenya, would use his head and put the company name first, instead of dragging it in the mud. It is indeed that sorry state of affairs which saw him ejected as CEO of Bidco and replaced by a former Nakumatt Indian boss.

Indeed, Vimal Shah took the bait and commissioned the project with a bogus PR outfit headed by Clare Wangari Muthui of phone number 0722484794. From documents in our possession, it seems that Ms. Muthui was able to fleece millions of shillings from Vimal, who was battling with the biggest PR disaster of his life. Vimal was forced to step down as CEO after other family members complained that he has engaged in a campaign which has injured the company’s image and reputation. 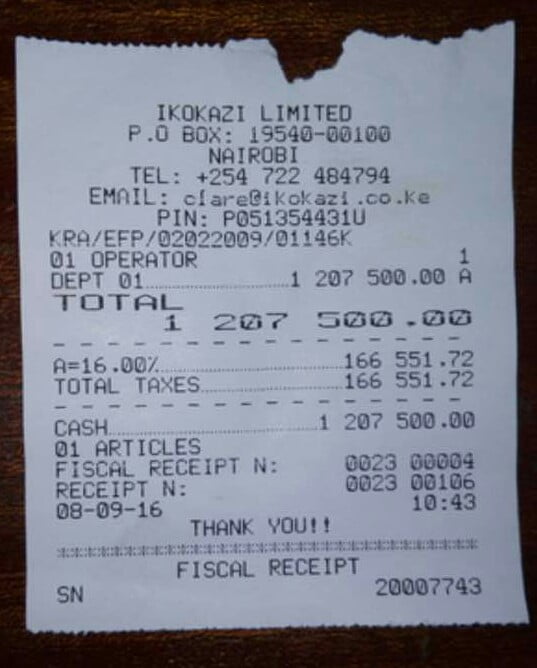 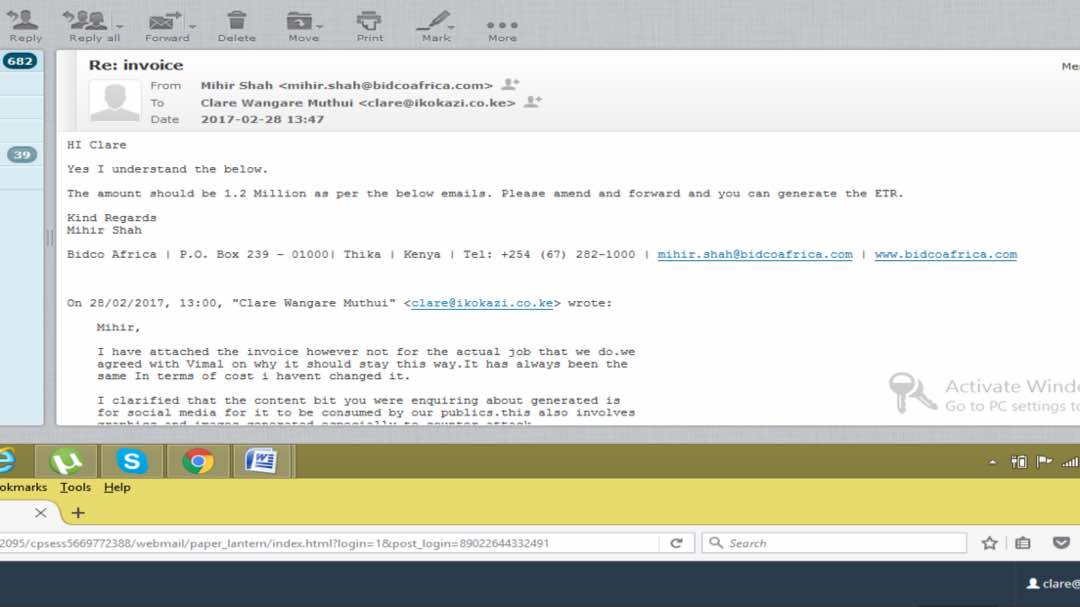 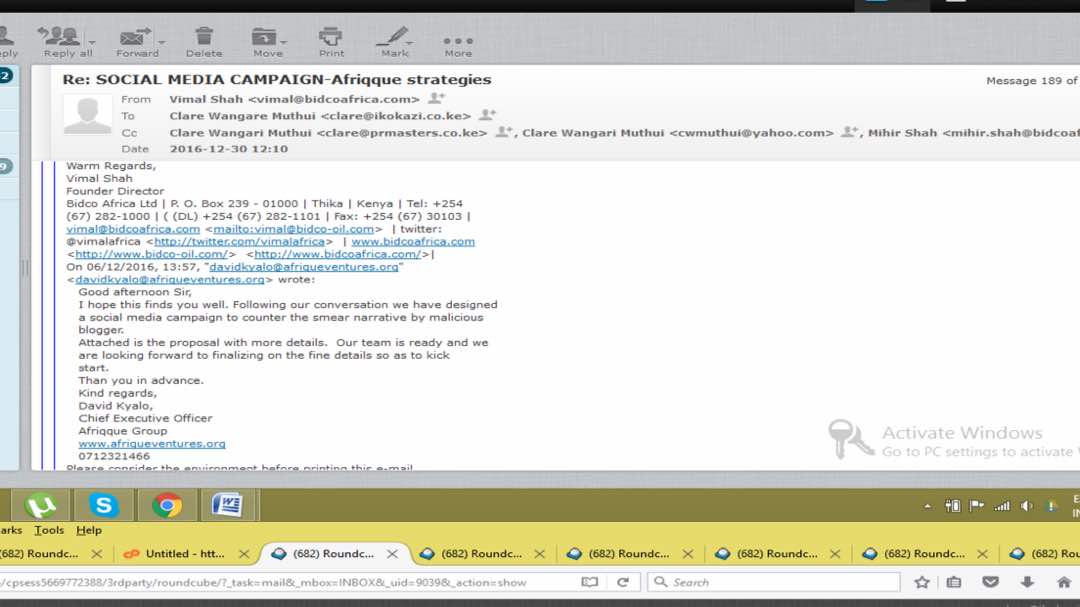 Being the typical arrogant corporate operative that he is, Vimal opted to “clear” his name using the channels provided by extortionist PR firms, who seek to reap where they have not sown. Their work is to moonlight on social media all day, look at trending topics or expose’s, and contact those named adversely so as to use their desperation for financial gain.

Other smart ones instead take the bull by the horns and contact the source of the story, without creating all these sideshows as history will reveal that those are strategies doomed to fail.

And there are numerous case-studies. Anne Waiguru is the most prolific of them all, where a sustained campaign, saw her resign. Waiguru had a strategic unit formed to thwart any “threats” from online dissidents, and she literally sunk billions to run hashtags like #Waiguruisclean yet we all knew that she had plundered NYS. Another recent example is former Family Bank CEO Peter Munyiri who in his arrogance, ignored social-media because he believed that he could manipulate the system. He is currently facing criminal charges.

Indeed, we have seen of late, companies we have exposed like Kenya Pipeline, EADB, Housing Finance, Capital Markets Authority, etc, have been duped into similar projects to smear the name of bloggers, instead of addressing the root-cause of their inadequacies.

The question is, if social-media pressure can see the resignation of big guns like Anne Waiguru, Vimal Shah and the likes, if social-media was blamed for the collapse of Chase Bank, and the financial woes and losses of Family Bank, who do the likes of Frank Ireri, and Co., think they are?

May this expose be a lesson to them and others, that the strategy leads to a dead-end, and that we will discover and expose those fraudulent PR outfits you are engaging.