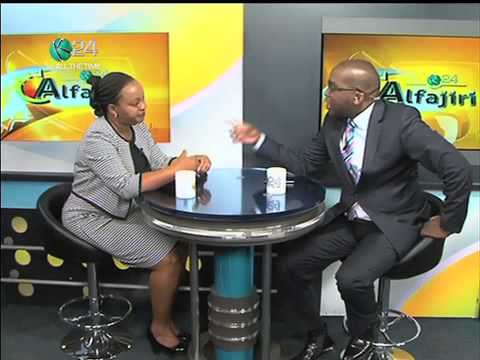 Bloggers are Ordinary people Doing Extraordinary things. Bloggers have become the true source of information all over the world. With a simple Blog, you can reach thousands and convey your message to those who have smart phones and internet connectivity. I can sum it up by saying that Bloggers are becoming the only true source to share information because the media has been bought and is becoming part of the government propaganda.It is biased, It doesnt speak for the majority.

There is this story that was in the ” Daily Post “- A Popular Kenyan Blog. In fact the owners of Daily post are not known. Two years ago, Ghafla tried to expose the man behind Daily post but without Cold Facts, you cannot know who owns the Blog. Daily post depends on Propaganda and Gossip to generate pageviews hence making a Tidy sum through Google Adsense which is the only way they have monetized their Blog. Without Google Adsense, Daily post is Nothing!

Daily Post Run this story about Gor Demelango refusing to sleep with Hon Waiguru. What was the story ? I will give you the summary of the story. According to Daily Post, which was not the first one to update the story Anne Waiguru- Cabinet Secretary Devolution Fired Gor Semelango Via Text message after he refused to sleep with her. Yes…That is the summary of the story. The reality is that the rumor fisrt originated from Kahawatungu.com Blog but since Daily post is popular, they stole the rumor and have ranked very high with the search engines….Yahoo, Google , Bing ( The Big three Search Engines ) . In a nutshell, Kahawa Tungu was the original source of the rumor and suing Daily Post is like harassing someone who just shared a Facebook update or Stole a Tweet.

Waiguru has gone to court and she wants the Identity of the person behind daily post revealed by Google so that she can sue . She also wants to story to be expunged . When I did my own investigations, I realised that Daily post Blogs on Blogger plattform and they are hosted by GoDaddy.

It is very hard for Google or Godaddy to reveal the identities of people behind blogs and what Waiguru is trying to do is like fetching water and pouring it into a leaking container expecting it to be fill to the brim.

Waiguru says that her image is being tarnished or has been tarnished . Maybe she doesnt know Lesuuda and Caroline Mutoko have been through all that but have soldiered on majestically . At one time, Kethi Kilonzo attacked Daily post in her weekly Daily Nation column for making up a story . Daily post also said that Caroline Mutoko was the last woman who was seen in the Late Mutula Kilonzo’s residence when he died hence the origin of the Viagra Gossip . Seeing that was not enough, Daily post also posted a story saying that Lesuuda was in a relationship with William Ruto and was apparently pregnant. Caroline Mutoko has been the biggest victim and she has given up with the daily post guys, nowadays she assumes them!

Why is Daily Post Popular, You Ask ? Because Kenyans love gossip and Rumors. Kenyans love silly things and they are not going to stop that soon.

I pity Waiguru, she is fighting a War she will lose. She should assume some of these things from petty Bloggers and maybe give the true story within the story. When she is fighting Daily Post, she is making them popular and making people think that she is fighting the truth.

If I were Waiguru, I would Sue the man behind Kahawa Tungu. Who is the guy ? Let me reveal him. Acording to my investigations the Owner of Kahawa Tungu also Owns Techmtaa.com . The Blogger behind Techmtaa is Robert Alai. The Two Blogs use the same Adsense Account which means Google pays him every month to his bank account for running adverts on their site.